Israel’s High-Tech Industry Must Learn From Its Hospitals 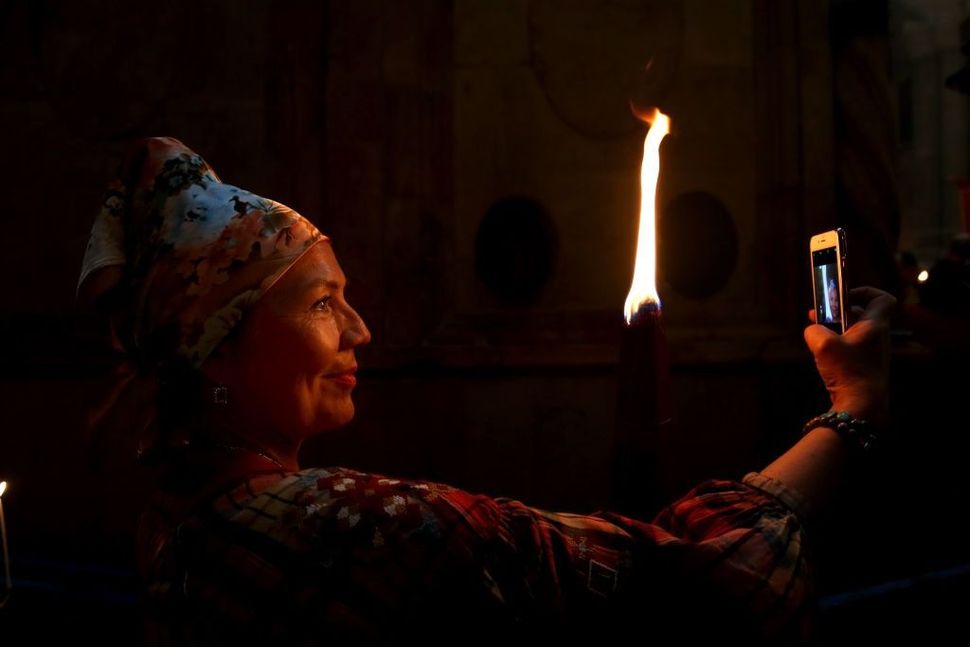 A Christian Orthodox worshipper holds a mobile phone and candles lit from the Holy Fire as they gather in the Church of the Holy Sepulchre in Jerusalems Old City on April 7 ,2018 during the Orthodox Easter. The ceremony celebrated in the same way for eleven centuries, is marked by the appearance of ‘sacred fire’ in the two cavities on either side of the Holy Sepulchre. Image by Getty Images 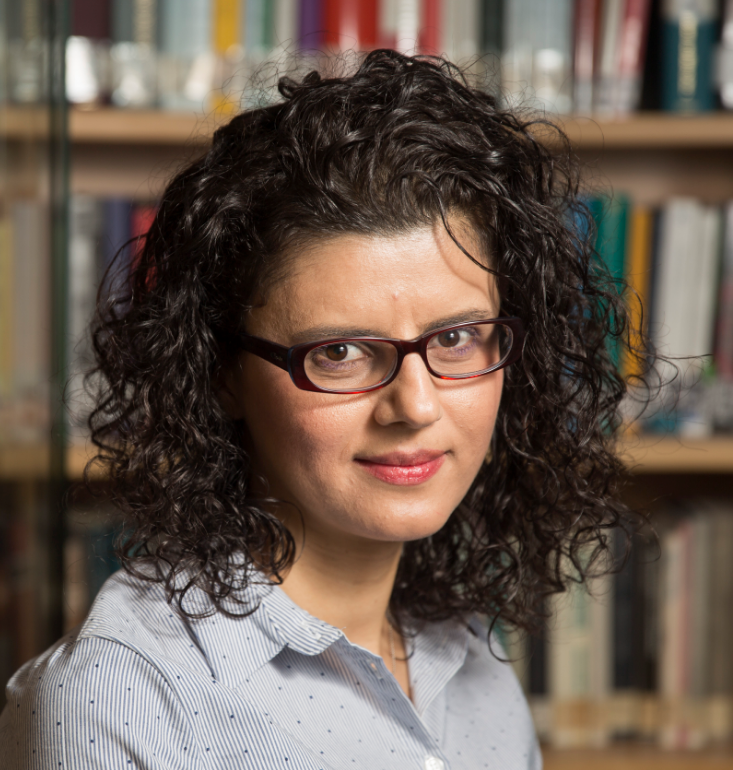 Jews and Arabs in Israel inhabit parallel worlds in almost every aspect of life. We reside in separate neighborhoods and towns, we have separate education systems, and for many of us, even our workplaces are homogeneous. But there are some areas in which things are different. In the public health system, for example, a saner reality abides, one that encourages us to see others as human beings prior to any particular identity. Recently, Jewish donors from Switzerland made the racist decision to withdraw a donation to Sheba Medical Center which provided grants to outstanding aspiring doctors, after the hospital selected an Arab doctor as one of the recipients. The director-general of the hospital, Professor Kreiss announced that he would not revoke the grant even if it meant losing the sizable donation of 5 million NIS per year.

Against the backdrop of the current state of affairs in Israel, this decision should not be taken lightly. However, it is no coincidence that the public health system was the setting for such a brave step. Israel’s health system has long appreciated that including the Arab minority in its ranks has benefits for all sides—for the system itself, which is in need of skilled personnel, and for Arab citizens of Israel, who need well-paid work that requires academic education. It is high time that this model is replicated in other areas of Israeli society.

The hi-tech industry is considered the engine that drives Israel’s economy, yet many populations are sidelined from participating in it, including Arabs. The National Economic Council has repeatedly stated that the human capital potential of Arab society could be a significant source of economic growth, and is a resource that has not been developed. Recently, we have seen some positive trends in this regard. For example, there has been a rise in the number of Arab students who have begun to pursue academic studies in hi-tech-related subjects. According to figures from the Central Bureau of Statistics, the proportion of Arab students in computer science and electrical engineering programs in 2016 was 9.5%, compared with just 2.3% over the years 1985–2014. And in another praiseworthy development, the Israeli government decided just last week to allocate NIS 20 million to promote hi-tech in Arab cities.

Yet there remains much to be done. According to a report from the chief economist at the Ministry of Finance, a Jewish graduate of hi-tech-related subjects is 1.3 times as likely to find work in the industry than an Arab graduate.

There are various reasons for this, from the role of military service in finding employment to the fact that many Arabs reside in the country’s geographical periphery. Another reason why Arab graduates of technological subjects struggle to find work in the hi-tech industry can be discerned from a research study published recently by the Israel Democracy Institute, which found that Israelis prefer a work environment comprising people similar to them. This situation must change, for four primary reasons: First, the hi-tech industry needs workers. Second, Arab society in Israel needs to improve its economic situation. The third reason is that interestingly, studies have recently identified a link between ethnic diversity in the workplace and creativity and innovation, particularly in hi-tech. And finally, Israeli society as a whole stands to gain from integrating more Arabs into the hi-tech industry. As we have seen in hospitals, it is perfectly possible for Jews and Arabs in hi-tech to share offices, to move beyond stigmas and stereotypes, and give us hope for a true civic partnership in the State of Israel. In order for this to happen, the state must raise awareness among employers of the advantages of integrating Arabs into the hi-tech industry, and must also provide incentives for companies that take on a certain percentage of Arab employees over a number of years, or that open sites close to Arab localities. Similarly, investment is needed in science and technology studies in the Arab education system, and there needs to be a program to encourage more talented young people to study these subjects, including a placement component. If all the relevant agencies in the government and in Arab society work together, this is a vision that can be realized, just as it has been in the public health system.

Nasreen Hadad Haj-Yahya is the head of the Jewish-Arab Relations Program at the Israel Democracy Institute.

Israel’s High-Tech Industry Must Learn From Its Hospitals