My Orthodox Rabbi Father Taught Me To Love LGBT People 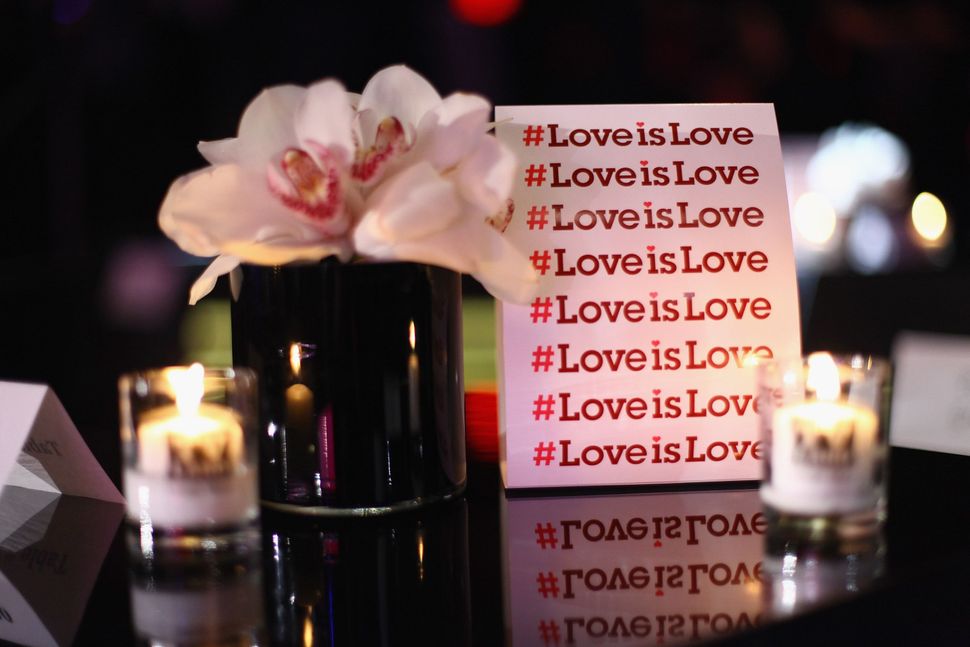 Growing up as a religious girl, I always pictured myself having a husband, enough kids to fit a minivan, and living in a comfortable home. I dreamed of having a wedding where I see my future husband meeting me halfway down the aisle and then finish the walk to get married under the chuppah.

But for some women, the person they imagine waiting for them under the chuppah isn’t a man, but another woman, just as some men envision their future husbands walking down the aisle to embrace them in a passionate kiss. Some are open to partnering with either a man or a woman, while some want to partner with neither. This is the world of the LGBTQIA+ — and it’s a forbidden topic within the Jewish Orthodox community.

Beginning in college, some brave religious friends started to identify with some letter in the LGBTQIA+ acronym. Heartbreakingly, they feel an essential part of their identity has to be hidden in some shape or form within the Orthodox world — and as if a target has been placed on their backs by the leaders of our community. And the bigger the target becomes, the more they feel that there’s no other option but to step away from Judaism entirely in order to live their truth.

Why is it that because I’m straight, I’m allowed to have the family of my dreams? Why am I allowed to be in a position where I’m accepted in the community I was raised in, when some people I’ve grown to love dearly aren’t? Why has our world come to this? It’s a concept that the more I think about it, the more it breaks my heart.

As it is said in the film “Love, Simon” — “why is straight the default?”

What if one of my future children came to me and told me that they found themselves identifying as LGBTQIA+? What would I do? If my child told me they were gay, I’d take my child in my arms, give them the biggest hug in the world, and let them know that I will always love them, a lá Jennifer Garner in “Love, Simon.”

I grew up in a Modern Orthodox home, where I was exposed to the ways of the Jewish religion while still maintaining a relationship with the surrounding world. I observe the Jewish Sabbath and keep kosher, both classic markers of an Orthodox Jew. My dad is an ordained Orthodox rabbi, making me a rabbi’s daughter. And yet every few months, at our Shabbat table, my family is graced with one of my dad’s childhood friends — and his partner.

How is it that my Orthodox Rabbi father invites this person again and again, without a second thought? Because he doesn’t see them as desecrating Jewish values, as so many have falsely claimed in the name of Orthodoxy — he sees two people in love.

It was evident in his phrasing when I first asked about the relationship between my dad’s childhood friend and his partner: “together for thirty-three years; married for three.” The unapologetic confidence in his voice made it clear that he was not bothered by his friend being gay — he only cared about him being happy. My family doesn’t see sexuality — we simply see love.

I think about that moment quite often and try to take the same approach.

During my first year on campus at Stern College for Women, the women’s branch of Yeshiva University, I remember seeing the flyers for Merchav Batuach, a seminar run by the organization Eshel, all over the school bulletin boards, despite the school never voicing whether they agreed with their mission. When I went to a meeting to see what it was about, I learned that this seminar was established to teach college students how to handle the news when someone close to them comes out to them. We engaged in exercises to understand what it was like living with the LGBTQIA+ mindset and how to be aware of the struggles they go through in life.

The tools I learned in that one seminar became very handy a few years later when I least expected it.

As the girl organizing the seminars graduated and college went on, the seminars ground to a halt. The conversations started becoming taboo once more, despite multiple efforts to bring more inclusion and understanding of LGBTQIA+. As much as I didn’t identify with the community, it still bothered me to hear homophobic slurs or the discussions on how identifying as any letter in the acronym is against the Torah. It’s not our business what anyone does in his or her personal life — so why do we think we get to dictate it?

How can we find ways to be more supportive of this community that we seem to find ourselves shunning? We can start by asking questions. “When did you first realize you felt this way? Are your friends and family okay with this? Do you want a hug?” The more we try to understand it, the more we can learn to accept it. The next thing to do is research the things that bother you or you don’t understand. Find websites, like the American Psychological Association, that explain each segment of the LGBTQIA+ community and contemplate where your friends are coming from. As we always see on the NBC energy commercials: “the more you know.”

Like the famous saying goes: until we walk a mile in another person’s shoes, we can’t understand where the person is coming from. Learn. Love. Accept. Be open-minded. Keep those loved ones close, because even though they might be sexually different than you, they’re still the same people you loved before.

As Simon Spier expresses at the end of “Love, Simon”: “I’m done living in a world where I don’t get to be who I am. I deserve a great love story and I want someone to share it with.”

Let’s all learn to love so we can all have a happy ending.

If you would like to learn more about the Orthodox LGBTQ+ community and what you could do to be an ally, go to www.eshelonline.org for information and resources.

My Orthodox Rabbi Father Taught Me To Love LGBT People