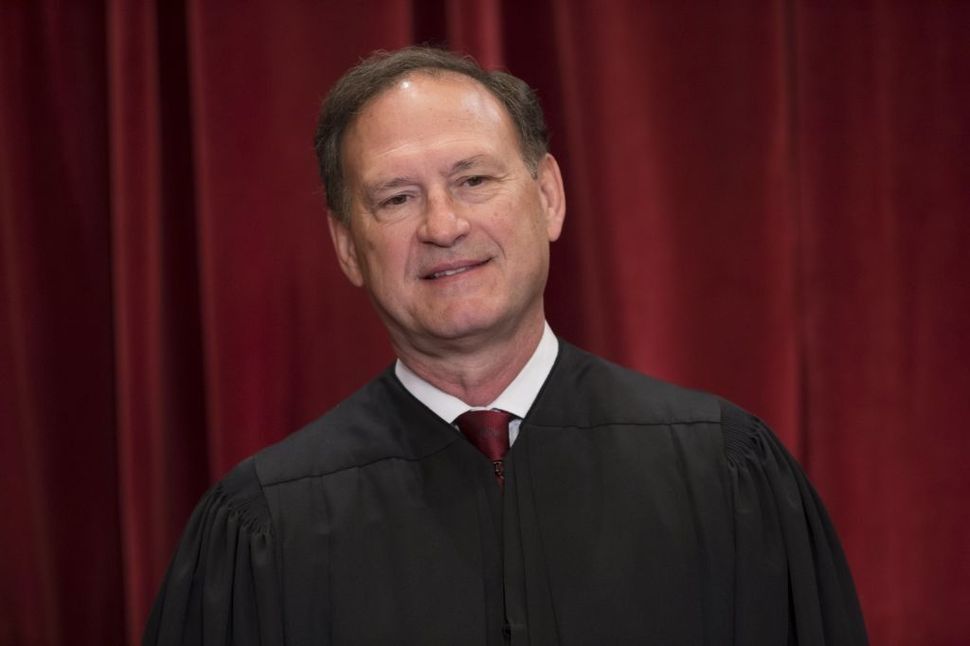 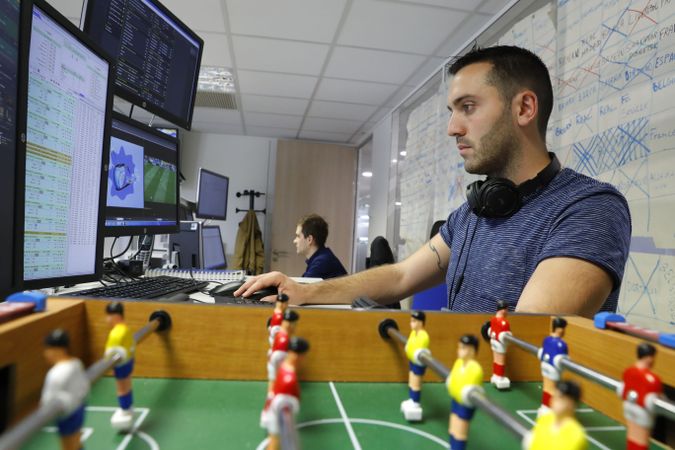 An employee of the online sports betting unit ‘Parions Sports’ (Let’s Bet on Sports), a division of the ‘Francaise des Jeux’ (FDJ), the operator of France’s national lottery games, monitors the live match betting odds during the Euro 2016 group E football match between Italy and Sweden, on June 17, 2016 in Boulogne -Billancourt, near Paris. Image by Getty Images

In a landmark ruling, the US Supreme Court, by a vote of 6-3, held that states may now legalize sports betting. The case, Murphy v. National Collegiate Athletic Association, (May 14, 2018) declared unconstitutional the 1992 Act of Congress that kept most states from “authorizing” gambling on games. The Court did not categorically eliminate federal jurisdiction; rather it found fault with the peculiar way Congress went about achieving its policy goal.

Justice Samuel Alito, Jr.’s majority opinion pointed out that Congress could have banned sports gambling directly. Indeed, in her dissent, Justice Ruth Bader Ginsburg explained that sports betting occurs in interstate commerce — from the staging of the events, the bookmakers’ setting the odds and the flow of money from bettors and to winners. Instead, Congress enacted a law that prohibited states, with several exceptions, from authorizing or operating betting pools and individuals from running or participating in gambling enterprises. In keeping with the convoluted approach of the federal law, New Jersey did not permit sports betting. Rather, it repealed its prohibition against the activity.

These political pirouettes forced the Court to face a preliminary question: did New Jersey’s repeal of the ban on gambling amount to “authorization” within the meaning of the federal law? Delving into dictionaries over many pages of discussion, the majority decided that the state law collided with the Congressional statute. Having established a conflict, the Court proceeded to decide the Constitutional issue. In hindsight, the way Congress went about it ban presented problems to the majority.

Though the Constitution says nothing about giving states special protection — indeed, Article VI , section 2 states that “the laws of the United States that shall be made in pursuance of [Congressional power] shall be the supreme Law of the land,” as against state enactments. The power to regulate interstate commerce encompasses gambling, so on the face of it, the federal ban should have prevailed. However, under Chief Justice William H. Rehnquist, the Supreme Court in the early 1990’s began a “federalism revolution.”

One aspect involved disputes over laws under which Congress sought the help of states to enforce federal policy. In New York v. United States, 505 U. S. 144 (1992), the Court held that Congress could not require the states to regulate nuclear waste. Later, the Court held unconstitutional a provision of the Brady Act requiring local law enforcement to conduct background checks on gun buyers. Printz v. United States, 521 U.S. 898 (1997). What some consider cooperative federalism, the Court considered “commandeering” and unconstitutional.

Here Congress left in place existing laws permitting sports betting and even allowed states one year to enact new ones. After that, Congress prevented the states from embracing gambling on games. Did that constitute commandeering? The majority, equating this scheme to the federal government sending officers to the floors of state legislatures to prevent them from passing laws, held that it did. Justice Ginsburg held that it did not. The Court divided over whether the ban on individuals participating in sports gambling could stand alone.

It is hard to gauge whether the decision will have a practical impact on sports betting, legal marijuana or other issues. The Court left open the possibility for Congress straightforwardly to ban sports betting. In addition, current federal law makes marijuana illegal and the Justice Department could prosecute individuals selling or possessing the drug. Other policy controversies, such as sanctuary cities, involve withholding federal funds, an exercise of al the spending power.

The Court erred. The Framers reacted to the chaos of state sovereignty under the Articles of Confederation and constructed a national government to rein in the states. Moreover, the one mention of state immunity, that in the 11th Amendment, deals with suits from citizens of other states. Yet the result in Murphy will bring about good public policy, in two ways. It forces a debate over the substance and process of dealing with difficult issues.

The US learned from the fiasco of Prohibition the futility of enacting laws the population will defy. Sports betting falls into that category. Why publicize the point spread in football games? What purpose do fantasy leagues serve? How many participate in the annual March Madness office pool? Our culture has accepted sports betting, for better or worse. Regulation can overcome the downsides, as in those jurisdictions permitting the activity.

More fundamentally, Congress will have to step up. In the nuclear waste area and in background checks, Congress needed the states to carry out its policies. The volume of work involved could have overwhelmed federal agencies. In contrast, Congress could have banned sports betting directly, as controversial as the issue had become. Now, the legislative branch will have to make the tough calls and not use the states for cover.