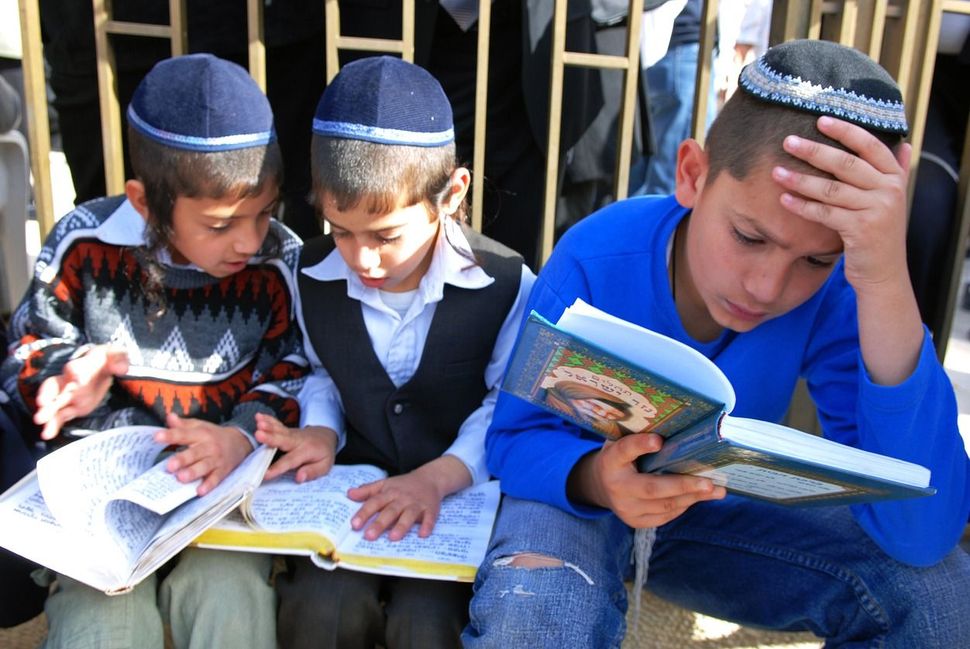 It is hard to believe, but there is no agreed-upon curriculum in the Jewish education system in the United States. In the few schools where the idea of a curriculum exists, it usually presents the following problems:

I believe that the ideal Judaic studies curriculum should neither be built around the texts that are considered important nor around skills of language and analysis. Those two elements are important, but they are not the primary goal — at least not for K-12. Judaic studies are not another academic area, but rather a means of introducing our children to the tenets of the Jewish faith and instilling in them the eternal values of the Torah. For most parents, the search for a good school does not start with the thought: “Rabbi so-and-so is an expert on The Guide of the Perplexed!” I would like to address a question to the readers who had to choose between different Jewish schools:

What were your main criteria for choosing one Jewish school over another?

While I await your feedback, I can describe what I know from my experience, as well as that of friends who shared theirs or asked for advice. The criteria are usually, in descending order:

The first two (or three) reflect the desire of the parents for their children to be successful and well-integrated into their society. A good school (with emphasis on high school) is one that sends your child off to an excellent higher education, from which he or she will emerge four or seven years later ready to make a living, succeed and maybe even conquer. Numbers 1 and 2 greatly depend on the nature and quality of the curriculum, but most parents do not bother to analyze it, since the success of past graduates is the proof that the curriculum is good. Numbers 4-6 speak represent the aspiration to preserve Jewish tradition and values.

Unlike higher education, which is easily defined and labeled (Ivy League, state or city colleges etc.), the definition of Jewish heritage is very broad. For some parents it’s, “I want my child to pray three times a day, never skip a day of tefillin, eat the highest level of kosher food, and hopefully make Aliyah,” while for others it’s, “I just want him to be a good Jew,” or, “the main thing is that she or he marries Jewish.” For that reason, parents rarely pay attention to the curriculum. These outcomes are often determined in the crucial teenager years, and even with a hectic or misguided curriculum in the early years, a student might embark on the right track with the help of a dedicated and inspiring teacher. This, however, is not the norm, and I believe that it is up to the schools to create a Jewish curriculum that has one primary goal:

A high school graduate should feel pride and joy for being a Jew, and also intrigued to keep learning and growing spiritually. He or she should be an exemplary citizen, who integrates their observance of Torah and Mitzvot with the secular world surrounding them. They should be able to conduct their professional lives without compromising their religious beliefs and practices.

Achieving that goal is of supreme importance, and we should therefore gear all of our efforts towards it from the very first day of our child’s education. That yardstick should measure every text and program. For example, if a student in second grade spends several days on learning the names of all the people in Abram’s family and their familial connection, or the details and the maps of Abram’s travels, we should ask how this is going to make him a good Jew. When Elementary school students dedicate several months to memorizing the different types of sacrifices and in what occasion they are brought, or the names of all the kings of the northern and southern kingdom, how long they ruled, and whether they were assassinated or succeeded by their sons (that was me in 7th and 8th grades), we should ask the same question. And yes, we should ask that question when a high school student dwells on medieval philosophical debates over the nature of God’s names, or the five different opinions in the Talmud on Kiddush when Yom Tov falls on a Sunday (the verdict is יקנהז).

Only once we have secured the goal of producing graduates who are committed to their heritage and inspired by it can we think of approaching texts which are intriguing and important, but do not contribute directly to the cause. To do that, I believe that we need to build a comprehensive K-12 curriculum that will revolve around themes.