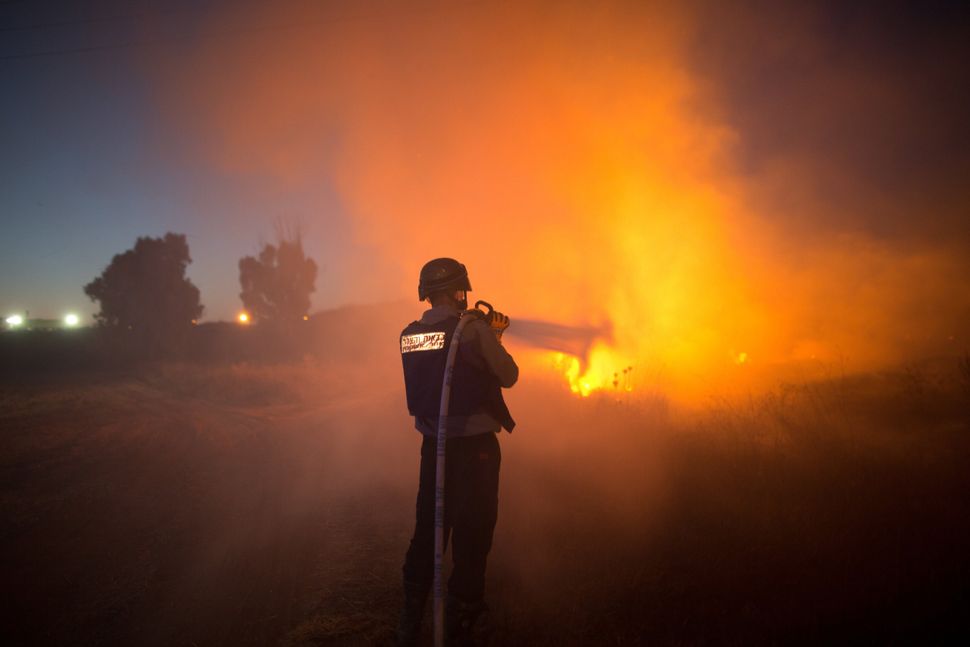 My 26-year-old son has been sharing articles with me that are trending on his social media feeds. One New Yorker headline read, “Israel kills dozens of unarmed protestors as Jared Kushner speaks of peace, in Jerusalem,” while other sites called Israel’s actions in Gaza a “massacre.”

Adam told me that almost no one in his social circle has an understanding of the history and causes of the conflict, or a contextual perspective of the complexities of the issues. He asked if I would write an article that addresses today’s issues in Gaza and the Israeli-Palestinian conflict from a different perspective, hopefully one with facts in context.

The best way to start, Adam, is to listen to your Bubbe: She always told us, “there is his story, her story, and then the truth.” This is story is about two peoples who have not yet learned to respect each other’s narratives. The conflict is not black and white, nor does it have simple answers, but is about shades of truth, where advocacy and moral equivalence often prevail.

Your sister Emily reminded me that we live in era where “Facebook’s role in providing Americans with political news has never been stronger (while) scholars worry that the social network can create echo chambers, where users see posts only from like-minded friends and media sources.” So we all end up reading what we want to hear and reinforcing our preconceived narratives, which is really bad for a healthy democracy and respectful debate.

Many of the news articles attempted to convince rather than to educate the reader. According to the previously mentioned, provocatively-titled New Yorker article, Israeli snipers were “literally picking people off.” Now that we know that 53 out of the 60 people killed were either members of Hamas or of Palestinian Islamic Jihad, doesn’t it seem that there was a rush to judgment to indict Israel? Will Bernie Sanders retract his condemnation of Israel, claiming Israel was purposely shooting unarmed protestors? In a world where politics trumps the truth, the damage is already done.

It reminds me of a similar incident back in 2002 during the Second Intifada, when Israel was accused of massacring thousands of civilians in Jenin, but it turned out that 54 terrorists, not civilians, were killed. Israel lost 24 soldiers because they choose to go house-to-house, instead of carpet bombing the terrorist enclave, to avoid civilian casualties.

The recent violence in Gaza has overshadowed the real purpose of Hamas’ “Mass March of Return,” a strategy to conquer all of Israel, not return to the 1967 border, which Israel returned to in 2005. It is hard to comprehend through Western eyes that The Charter of the Hamas is a manifesto for the complete destruction of Israel.

The charter states that “Israel will exist…until Islam will obliterate it…our struggle against the Jews is very great…It strives to raise the banner of Allah over every inch of Palestine…there is no solution for the Palestinian question except through Jihad. The Zionist plan…is embodied in the Protocols of the Elders of Zion.”

So were the descriptions of peaceful unarmed protestors accurate, or was the principle cause the US and European designated terrorist group Hamas, who orchestrated the riots, and has a history of tragically using innocent Palestinian civilians as human shields as cover for terrorist attacks against Jews?

According to the co-founder of Hamas, Mahmoud al-Zahar, “When we talk about ‘peaceful resistance,’ we are deceiving the public…this is peaceful resistance bolstered by a military force and by security agencies.”

Adam and Emily, we visited the Israeli city of Sderot on the border of Gaza, which has been under attack for over a decade, where over 80% of its citizens suffer from traumatic stress syndrome, living on the “good side” of the 67 line, not in occupied territory.

What would our nation do if 50,000 people stormed our border, directed by a terrorist entity that was sworn to our destruction?

Hamas gave out maps to the rioters to enter Israeli villages after crossing the border. What do you believe they would have done if they entered a kindergarten filled with Israeli children? I think you know the answer.

The first job of any nation is to protect their citizens. Hamas has a problem with 1948, the creation of the state of Israel, not 1967, the occupation of disputed territories. If it were about 1967, the conflict would be over, as the Palestinian Arabs could have had a state many times over, including one with East Jerusalem as its capital.

Eleven years ago Israeli Prime Minister Olmert offered the Palestinians 100% of the West Bank with land swaps, and East Jerusalem as the Palestinian capital but never even received a counter offer. Do the young adults who get their news from Facebook feeds have any idea about this?

Our Jewish and human values demand that we try to minimize any loss of life, but when our enemy says our weakness is that we love life more than they love death, we are dealing with an existential challenge.

There will be peace when our Palestinian neighbors accept two states, one Jewish and one Arab, and are willing to sign an end of conflict agreement resolving all claims. And when you hear the Palestinian Authority call for two states, make sure it doesn’t mean one Arab state in the West Bank and one bi-national state with an unlimited right of return in Israel, in effect the demographic destruction of Israel as a Jewish state.

Please don’t misunderstand me: Israel, like our country, is not perfect. But it is a remarkable democracy that is young and evolving.

So let me conclude with an often-overused analogy, something a baby boomer father says to his millennial son and his friends, kind of old school but with much truth: If the Palestinian Arabs laid down their weapons, there would be peace. But if the Israelis laid down their weapons with Hamas at their doorstep, there would be another Jewish genocide.

I love you Adam, and please keep searching for the truth.