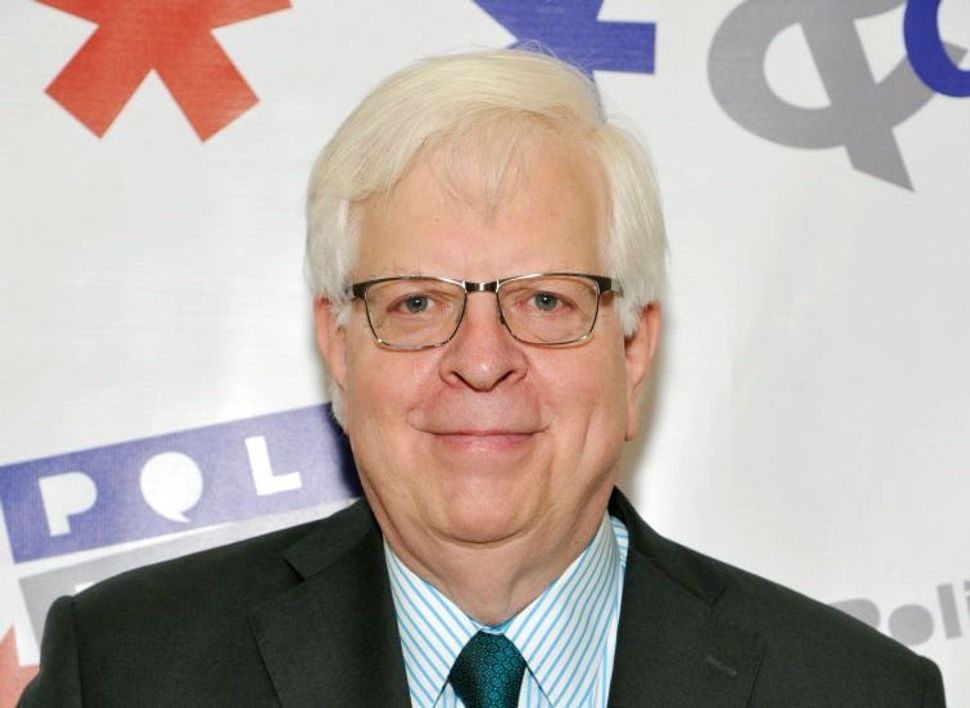 If I mention Dennis Prager, what comes to your mind? For most readers, I suspect it would be “he’s the guy I see on the news sometimes” or “he’s a radio talk show host.” Perhaps the word “conservative” would be inserted into those responses. But would you include the word “Jewish?” Not only is Prager Jewish — and deeply religious at that — but he is a graduate of the prestigious Yeshiva of Flatbush, was the director of the Brandeis-Bardin Institute, and has just published what I consider to be the most important book on the Torah in a generation.

There is much more to Dennis Prager than the sound bites we see on the news. Because I was first introduced to Prager’s work through his Jewish writings, I anticipated the release of his recently-released “The Rational Bible: Exodus” with great eagerness. Immediately upon getting my copy, I turned to chapter twenty-five — prompting my daughter to say, “Daddy! Who starts a book on page 363?” — but there was a method to my madness. Chapter 25 of Exodus is the beginning of a long section that goes into great detail about the building of the Tabernacle, the transportable sanctuary used by the Israelites in the wilderness, which comes right after the narrative portion of the book of Exodus is finished. It is the part of Exodus that many congregants and students of mine have described over the years as “the boring part.” Many can write compelling commentary on the Exodus narrative. I wanted to see what Prager could do with the so-called boring part of Exodus.

Simply stated, he made this pulpit rabbi eager for us to reach Chapter 25 of Exodus next year. My congregants will be stunned by the Torah discussions we will be having. Of course, each one will have to begin with, “As I read in Dennis Prager’s ‘The Rational Bible’…” Prager’s writing is riveting, with his trademark clarity present on every page. He does an outstanding job explaining the contextual meaning of Exodus in a style that makes it accessible to any intelligent reader. Moreover, Prager shows his readers how, why and what this ancient text has to teach us today. It is one thing to do that with the Ten Commandments. It takes a Dennis Prager to do it with the instructions for building the Tabernacle.

As good as they are, the contextual explanations are not the best part of “The Rational Bible.” Prager includes longer comments as well as short essays that bring life to the text. An atheist reading his book will come away impressed with the wisdom of the Torah, even if (s)he never believes in a god or that there really was a Moses. These longer comments and short essays cover topics like the role of the individual in the face of mass evil, being angry at God, whether freedom is worth dying for, the morality of lying (Kant said lying was always immoral, so one must not lie to a would-be murderer regarding where his intended victim is hiding), the difference between faith and belief, collective guilt, challenges faced by the children of prominent parents, the morality of celebrating the death of perpetrators of evil and more will help any reader with an open heart and an open mind to live a better life, and all of these come before the very best part of “The Rational Bible”: Prager’s unforgettable and potentially life-changing climactic chapter on the Ten Commandments. Needless to say, I cannot recommend The Rational Bible in strong enough terms, and I am not one usually given to gush with praise. This book is unique.

Although this is a Torah commentary written by a Jewish scholar, its audience is by no means limited to Jews. Whether a reader is Jewish or Gentile, religious or secular, (s)he will be enriched by reading “The Rational Bible.” Even an atheist would probably want to understand the book that has done more than any other in history to shape the moral values of the West, and that is the book that contains the Ten Commandments, the Book of Exodus. Dennis Prager gives new life to this ancient text. Make sure your personal library includes this first volume of “The Rational Bible: Exodus.”

Rabbi Benjamin Sendrow has served as rabbi of Congregation Shaarey Tefilla since August 2010. He was born in Philadelphia and grew up in the Philadelphia suburb of Cherry Hill, New Jersey.