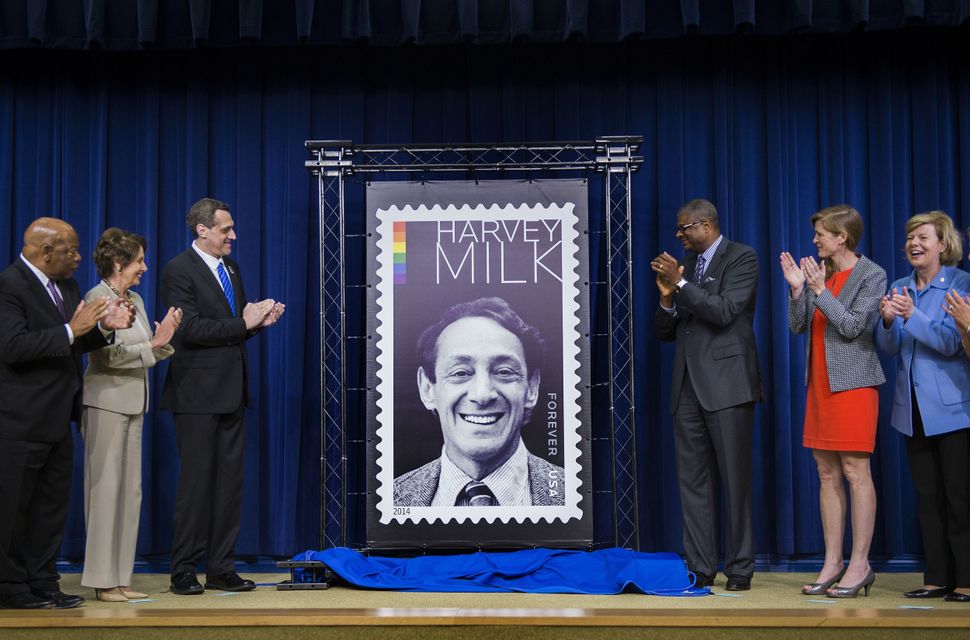 It is difficult to imagine the contours of my life without the influence of one of my heroes: Harvey Milk, a social justice giant and the first openly gay elected official in California. I immigrated to the United States from South Africa in 1977, one year before Harvey’s assassination. As a young Jew who was just coming out as gay, I was deeply inspired by Harvey’s courage, confidence and secure sense of self as an ‘out-and-proud’ gay Jewish man, unafraid to speak truth to power.

These powerful connections with Harvey’s life story came back to me in recent weeks while reading a new and very engaging biography of Harvey Milk by Lillian Faderman. Her book thoughtfully explores Harvey’s life, legacy and activism in relation to his “otherness” as a gay Jew.

Today, Harvey’s legacy is palpably alive in my work. As President and CEO of American Jewish World Service—a global human rights organization inspired by the Jewish commitment to justice, I have the good fortune to meet and work with advocates for LGBTI rights in Africa, Asia, Latin America and the Caribbean. When I meet these and other brave advocates we support, I often think about what it takes to make an enduring difference for people who are silenced or rendered invisible. What must we do to ensure that people are treated with dignity? How can we work with others who may not see eye-to-eye with us on every matter? When we face unexpected setbacks, how can we lead with resilience?

Here are five lessons that Harvey taught me about leading for a better world, which still inspire me every day.

1. Be authentic. Be yourself.

In the 1940s, ‘50s and ‘60s, when anti-Semitism still held sway over many institutions and communities in the United States, and when many American Jews muted their religious and cultural identities to protect themselves, Harvey proclaimed his Jewishness with pride. Similarly, he knew that ending homophobia would happen only when gay people dared to live openly. “I know that it is hard and will hurt,” he acknowledged, “But come out to your relatives, friends, neighbors, and fellow workers; to the people who work where you eat and shop… Once and for all, break down the myths, destroy the lies and distortions.” In my work with LGBT rights activists in the developing world, I know that living openly requires tremendous courage —often at great risk to the safety of those who are open about who they are and whom they love. But I have learned from Harvey—and from brave activists in Uganda, Haiti, Thailand and elsewhere—that change is only possible if we live our own truths.

When Harvey first ran for the San Francisco Board of Supervisors, he was the owner of a camera shop and had no experience in local politics. And yet, he cared about human rights, recognized the injustices in his community, and wanted to help people who were suffering. I have long admired that Harvey leapt into the unknown world of political campaigns, lost several elections, and kept trying until he finally won. In today’s struggles for human rights here and around the world, barriers to progress often feel insurmountable. But I have learned from Harvey and many other advocates that we don’t know what we can achieve until we give it our all.

3. Build relationships across lines of difference.

Throughout his political career, Harvey championed many progressive causes. In doing so, he built a constituency that was broader than the gay community, which generated support for LGBT people and other minorities whose interests were often ignored. He frequently held meetings and rallies with people who were considered “outsiders,” including the poor, the elderly, and people of color. Faderman writes, “He had a knack for making whomever he was talking with feel like they had 100 percent of his attention… that whatever they had to say was the most interesting thing Harvey could possibly be listening to.” I continue to be inspired by how Harvey sought to liberate everyone, not just LGBT people, from oppression. And I strive to emulate his practice of deep listening when building relationships with people whose identities are different from my own.

When police in San Francisco were violently harassing gay men in the 1970s, Harvey wrote an open letter to the City of San Francisco Hall of Justice, a Superior Court in California, using a trope that would become central to his future writings and speeches. He argued that ignoring police brutality against gay men in San Francisco at that time was dangerously similar to ignoring Nazi brutality against Jews in Germany in the 1930s. He argued that even San Franciscans who disdained LGBT people needed to oppose police brutality because if they didn’t, they would “one day find that they, too, are becoming victims of a police state.” For me, as a Jew who grew up in apartheid South Africa and whose family members battled racisim, I greatly admire how Harvey, like my relatives, understood the lessons of Jewish history to advocate for others who experienced discrimination and state-sanctioned violence in a very different context.

“I know that you cannot live on hope alone, but without it, life is not worth living,” Harvey declared to a crowd during one of his political speeches. “You, and you, and you, and you—you have to give people hope.” While uttering these words, he pointed to multiple people in the audience to convey that each and every person has a responsibility to shape a better future. Many of the LGBTI and human rights activists my colleagues and I support in the developing world today have been victims of horrific brutality, political conflicts, and disasters. And yet, they remain hopeful and continue to work for justice against unfavorable odds, reminding me that if we persevere, we will change people’s lives for the better. Harvey’s unwavering optimism is a key ingredient for building a world we can all be proud of.