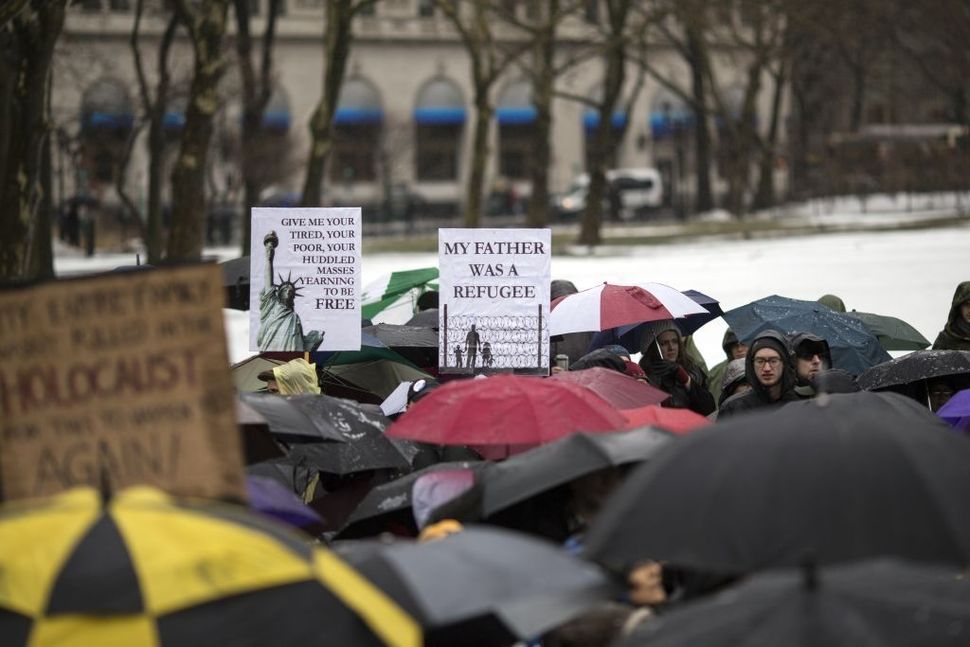 In these times when families are being heartlessly separated, I cannot help but think of my maternal great-grandmother Alice (Goldman) Sherman.

In 1920, she escaped with her four children, among them my grandmother Jennie, from a village they called “Yumpelah,” near Kiev. My great-aunt Dora would later tell my mother that she witnessed firing squads aimed at villagers there.

On the day before they left, Alice, who to make ends meet bootlegged whiskey for area soldiers, duped invading Russian soldiers by saying that my great-uncle Jack was injured. After hearing that the soldiers were coming, she put a bandage on his head and something red on the bandage, while the liquor and apparatus were hidden under the bed. The soldiers agreed to come back the next day for them.

Instead, my ancestors fled, and walked all the way to Rotterdam, where my great-grandfather had secured passage for them. This long journey took them across frozen lakes, in winter. According to Google Maps, it was a 17-day walk!

Alice kept her money and the family’s visas pinned under her dress. They stopped in villages and towns along the way, where they bought food and received assistance from kindly residents. At one point, while fishing, my great-uncle Harry fell into the hole they had dug through the ice, and local people were able to save him.

Very much like how it is today, my great-grandfather, Louis Sherman, was already in America, working and hoping to be reunited with his family. He operated a grocery store in Boston on Blossom Street, near where Massachusetts General Hospital is today, and finally sent them money for the crossing, not realizing how perilous their situation was.

They made it to Rotterdam, and, once in America, the Shermans were welcomed, their family was intact, and they went on to have another daughter, Rosalie.

That is the national legacy that I am proud of and adhere to. I would not be here now, writing this, if America then was like America as it is now.

In fact, I am planning to go to Belgium in August for W-Fest, a 4-day rock festival near Brussels, and my first stop will be a train ride to the port of Rotterdam, to stand there in gratitude.

The climate is now also in a perilous situation. We have exceeded 430 parts per million of atmospheric carbon, and I have read that the Earth is nearly uninhabitable at 450 ppm.

As was said during the AIDS crisis, Silence = Death. None of us can be innocent bystanders when families who seek to escape peril are denied entry and separated, and when our climate is in grave danger. In the age of Trump, silence and inaction may well be truly catastrophic for human life.