Birthright Has An Agenda — And That’s Perfectly Okay 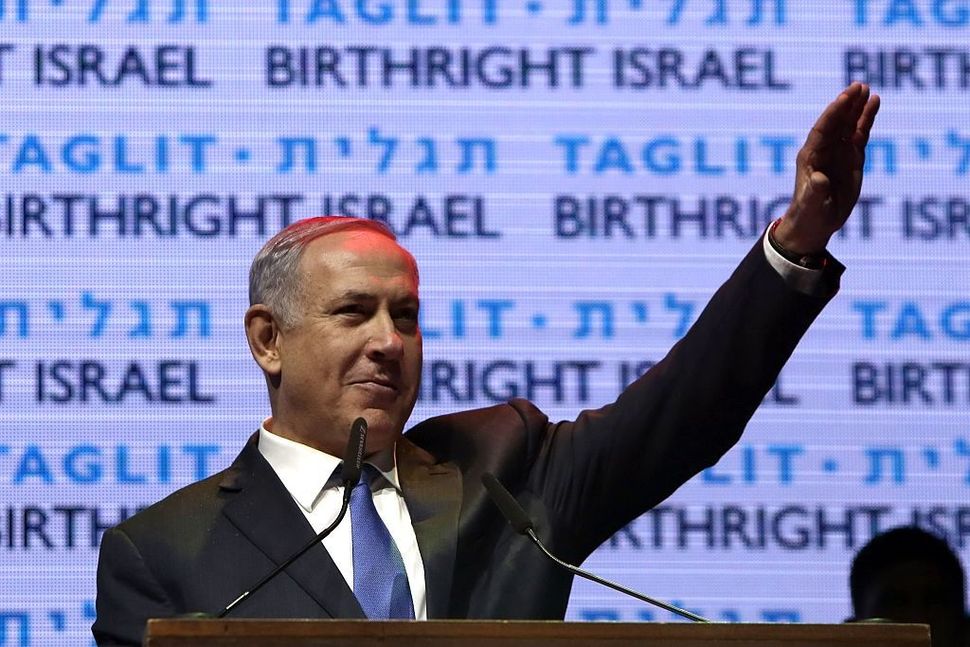 Israeli Prime Minister Benjamin Netanyahu gestures as he speaks during the Taglit-Birthright annual event in Jerusalem on January 12, 2016. Image by Getty Images 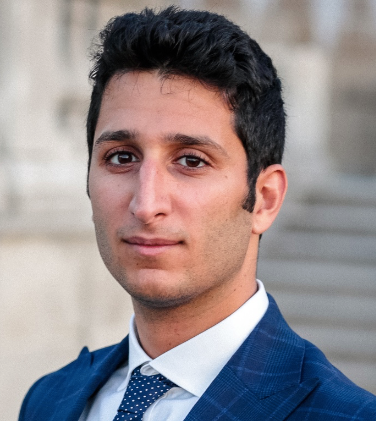 This summer, for the first time, I staffed a Birthright trip — and it was incredible. Ten action-packed days without more than a minute to breathe. But it wasn’t the itinerary that made the trip so amazing; it was the people. My bus was filled with forty young professionals with very little prior knowledge of Israel, its religion or its culture. They were forty blank slates, forty chances to make an impact…and also forty chances to mess up.

As this sense of accountability dawned on me, I realized that the perspective of forty people would be shaped in large part by what I would say and how I would act. I was responsible for the first impression many participants would have about their religion and homeland.

I thought twice before I spoke and attempted to develop a rapport with participants that would allow my co-staff and I to receive straightforward feedback. Complaints were welcome and ranged from comments about the unnecessary lengthiness of an event to the unpleasantly emotional nature of a presentation — we heard it all, and responded with on the fly changes to satisfy the participants.

But there was one complaint I couldn’t stand, and it was something that was said at the end of an emotional day on Mount Herzl, Israel’s national cemetery.

After visiting the resting place of Israel’s great statesmen, we descended the steep mountain to a large area dedicated to soldiers killed in combat. We gathered around one particular grave where one of the Israelis spoke about a member of his battalion who was killed in battle. One of our staff members then walked us to The Victims of Terror Memorial, where she shared her recollection of the day 15 years ago when her neighbor was murdered by a terrorist. Not one eye remained dry as the participants comforted and embraced one another.

On our return up the mountain, just as I thought our visit was coming to a close, we came across a father who had who had arrived to visit the grave of his son and, at his request, we recited the Mourner’s Kaddish as a group. Soon after, we chanced upon a sobbing mother who told us the story of her son. Some of the participants were so moved that they embraced this complete stranger with hugs.

Our tour guide gathered everyone in a circle on an empty plot of land with no graves — a plot of land that he said he hoped could always remain that way. I took the opportunity to teach the group the words of a prayer we recite yearly during the Passover Seder, VeHi Sheamdah, “And it was for our forefather and for us that not just one [enemy] alone arose to destroy us, but the Holy One Blessed Be He saves us from their hands.” I sang that song with tears falling down my cheeks, gasping for air in between every word, and as I looked around I saw that I was not the only one crying.

It was at some point during this emotional visit that one participant made the claim that this was all just propaganda — that Birthright was trying to brainwash its participants.

He did have a point. There were times during the trip where it felt as if everything was planted — the parents at the graves of their children, the Israeli soldiers that danced with us at the Kotel on Friday night, the Rabbi who somehow made everyone feel spiritual in Safed —all could have been custom-ordered to engender a certain experience.

But I realized something else too: I realized that that was okay, because Birthright isn’t a class. The tour guide wasn’t our professor and our itinerary wasn’t an academic syllabus. Birthright is a mission to get 40 American Jews to feel something about their homeland and their heritage.

So by the end of the trip, was I troubled that the participants didn’t get a 100% unbiased, two-sided view of Israel — of its attitude towards Arabs, of the blockade at the Gazan border, of the humanitarian crises within and of the West Bank’s zealous settlers?

Just as much as I wasn’t troubled that we did not have the chance to teach the participants about the controversy surrounding ultra-Orthodox draft dodgers or the feud between the Women of the Wall and the Israeli government — unfortunate realities of life in Israel but, once again, neither the focuses of Birthright nor “inconvenient truths” that Birthright seeks to gloss over.

Simply put, Birthright is a Jewish heritage trip — not a human rights trip and not a Middle Eastern politics trip. The only agenda Birthright has the time for is its mission to ensure the future of the Jewish people by helping them fall in love with their ancestral Jewish heritage. And by many measures, I think it’s doing a pretty good job of that.

Birthright Has An Agenda — And That’s Perfectly Okay