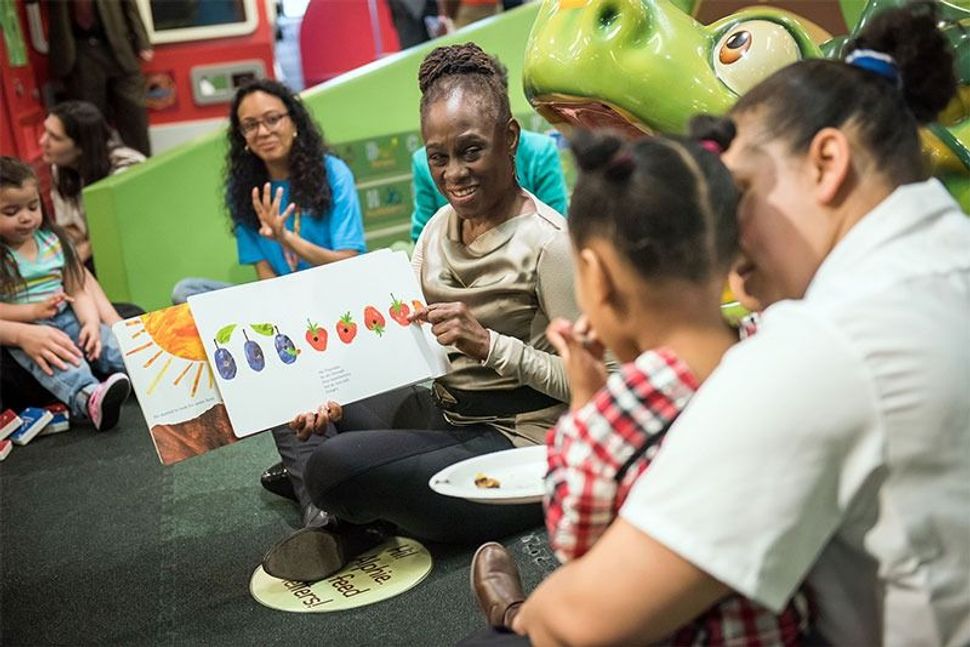 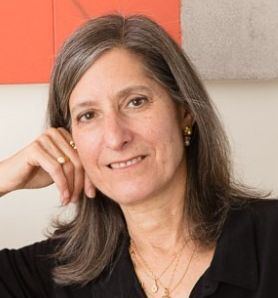 It is a Monday afternoon in early June. Three black vans sit idling in front of the Children’s Museum of Manhattan; sitting inside are mothers waiting to enjoy two hours with their children — making art, singing and playing. For these mothers, this isn’t an experience they can take for granted. They are inmates from Rikers Island. But once inside the Museum doors, they become mothers once again.

This day is the third event in a pilot program of reunification launched through the efforts of First Lady of New York Chirlane McCray and the Children’s Museum of Manhattan. In its announcement, the City said this program will, “better protect children from negative outcomes associated with parental separation, which includes higher rates of school drop-out, homelessness, learning disabilities, and chronic health conditions.”

As a CMOM volunteer, I have been present for each program. Here is what I have seen: Mothers whose love for their children oozes from them, finally erupting when their sons and daughters are brought to them. Children who hug their mothers as if they are trying to reattach themselves to the body that gave birth to them. The physical contact is followed by all the questions mothers want answers to, either from the child or from the custodial caregivers, usually a father, grandparent, or sister — questions about school or friends, milestones or achievements.

For most of the mothers, it has been months since they have last seen their children. They don’t want to be seen in their prison clothes, behind locked doors, in a setting with foreign and frightening sights, sounds and smells. By the end of the first hour at CMOM, I sense breaths becoming relaxed, families returned to a state of normalcy. I see the guards who accompany the women singing with us, shaking shaker eggs, smiling at the mothers who they can see in new ways.

The women are all non-violent offenders. Whether or not imprisonment is the appropriate response to their acts remains a question for me. But here is what I do know: it’s vitally important that children and mothers remain in contact with one another. The mothers know where their sons and daughters are, who is caring for them and that they are living in a home not a facility. They know when they will be reunited.

I spoke with Department of Corrections staff about adding a writing component in the future for the moms when they are back at Rikers. The guards listen; they are eager to create and innovate. They are quiet but revolutionary heroes.

Nearly 3,000 miles away, but still within our own country’s borders, a very different scene is taking place. Children are being separated from or imprisoned with their parents. No ICE agents, guards or border patrol agents are singing songs with shaker eggs. No judges or bus drivers are reading stories or decorating journals. No one is searching for the story behind the brown skin and the foreign language. Instead, compassion is withheld, due process denied and the pursuit of dreams quashed. I wonder how those on the frontline can believe that what they are doing is okay.

To these people, I want to give a writing prompt that I give in my workshops: Look into the eyes of those whose lives you control and write what you see in them. Notice the pattern that the chain link fences make against a child’s face. Describe the many different ways children have of crying. Describe the smell of fear. Contrast the phrase “tender age” facility with what you see. Call a situation by a softer name and tell yourself it’s not so bad.

“I am just doing my job,” they might say. We’ve heard this line before —from those who enabled the evil of Hitler and the Nazis, who interred United State citizens of Japanese descent, who stole children from Native-Americans, who brokered slaves. Immoral acts on a grand scale require accomplices.

Have they ever thought about saying no? “No, I will not take this child from his mother’s arms nor escort those babies and young children into a detention facility, even with their parents. I will not process the paperwork or pin numbers to the sleeves of children. I will not drive the bus used for transport. l will not provide that bus. I will not harden my heart like Pharaoh in ancient Egypt.”

I know many of them went into their professions out of love for our country. I love my country, too. I love it so much that I feel every child’s cry, every mother’s dream of a better life for her child, like a punch in my stomach, because my country has taught me that we are compassionate, we are a democracy, and that we don’t have rulers and subjects but citizens who empower our leaders.

Those leaders have gone astray. Whatever your views on immigration — whether we are too lax or not open enough — we cannot be thugs and still call ourselves good Americans. When you take a child from a mother or father, your arms are an extension of those who see no harm in inflicting what will likely be lasting scars on this small person’s psyche. Are these the arms you want to see when you tuck your own children in at night?

If you can’t say no, can you model yourself on the quiet heroes in the New York City Department of Corrections, at City Hall, at the Children’s Museum? Can you take your eye witness account — with all its pain and tragedy — and use it as a weapon against those who have made you an accomplice to their inhumanity? As Department of Corrections Commissioner Cynthia Brann has said, “the more humane we can make the experience of incarceration, the safer our jails will be for both detainees and personnel.” So do this for yourself, as well. Lay claim to your own heart and rescue the lives of others.

Judith Hannan is a memoirist, essayist, and writing teacher with a focus on narratives of illness, trauma, and hardship.