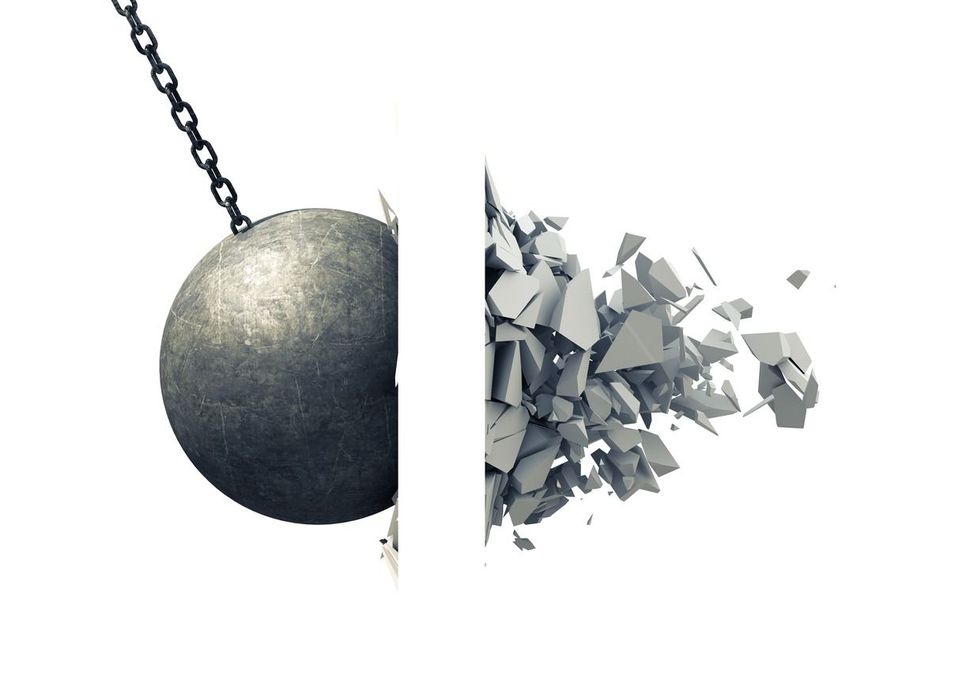 The firestorm over the New York Times’ hiring of tech writer Sarah Jeong as an editorial board member, and the revelation of Jeong’s past tweets mocking white people, has become another chapter in the ongoing drama of old social media posts being used to torpedo people’s careers. But this story has also brought the spotlight on another question that simmers in the background of much recent conversation about social issues: whether vitriolic rhetoric about whites should be considered racist and whether people’s online behavior should be explicitly judged by different standards based on their identity.

After Jeong’s hiring was announced yesterday, right-wing Twitter users circulated screenshots of her tweets, which were then picked up by the conservative media.

The Times has stated that it stands by Jeong, characterizing her tweets as an ill-judged response to racist harassment she had received and affirming that such rhetoric in the social media is “unacceptable.” Jeong herself has issued an apology.

But Jeong’s explanation does not quite hold up: Her contentious tweets bear no resemblance to the ones she is supposedly satirizing and were not made in response to trolls or harassers. And in fact, some of her defenders, such as Vox reporter Zack Beauchamp, have offered a different and much more accurate explanation of her behavior.

A lot of people on the internet today confusing the expressive way anti-racists and minorities talk about “white people” with actual race-based hatred, for some unfathomable reason

Beauchamp is referring to a practice that can be described as woke performative white-bashing (or white male-bashing). I don’t think that it’s necessarily driven by actual hatred of white people, as Andrew Sullivan suggests; sometimes, it’s fairly innocuous, such as Jeong’s riff on what white people can do without engaging in “cultural appropriation.” But even if it’s a performance, many of her tweets have a genuinely nasty tone.

Are these tweets “racist”? Social justice Twitter has rushed in with the standard explanation that racism can come only from the powerful and that there is no moral equivalence between racist rhetoric against minorities and insults hurled at whites.

1. Racism is abt the powerful keeping down the powerless

2. We (generally) are the powerful

4. “Fag” and the N word are slurs, because they subordinate

5. Your moral equivalence is nonsense

Yet it’s entirely possible to believe that woke white-bashing is bad without equating it with anti-black or anti-Asian racism.

First of all, white-bashing enables other forms of racism and bigotry, both by inciting a backlash and by eroding the hard-won cultural stigma against expressions of race-based hostility. No, people don’t turn racist just because they saw some tweets mocking white people. But white-bashing may well stoke some people’s already existing racist tendencies and embolden them to voice those attitudes—creating a social climate in which such attitudes are likely to spread, especially among the young, the easily influenced, and those without a strong moral core.

The argument that attacking racial or ethnic groups is always unacceptable except when directed at white people simply won’t go over well with the majority of the public. It’s all very well to mock Donald Trump fans who think race discrimination is a bigger problem for white Americans today than it is for blacks or Hispanics—but trying to excuse white-bashing won’t do much to dispel this perception.

Secondly, judging people on the basis of their group’s perceived status in the hierarchy of power and privilege is a deeply pernicious practice. The hierarchies themselves are often questionable (is Jeong speaking for the oppressed when she belongs to the demographic with the highest average income and the lowest incarceration rate in America?). Moreover, as John Paul Pagano has pointed out, a definition of bigotry contingent on status tends to erase anti-Semitism since Jew-haters invariably see Jews as powerful and privileged.

Third, race-based vitriol dehumanizes its targets no matter what the motive. It’s easy to move from generalized, supposedly satirical swipes at “white people” to disturbing callousness toward actual individuals. In a 2015 exchange, Jeong opined that “what happened to [Justine](Sacco, a former public relations executive, became the target of a massive Twitter shaming in 2013 after she tweeted a joke that was meant to mock white privilege but was interpreted as racist; she lost her job, was ostracized by part of her family, and was more or less forced into hiding for months.) Just the other day, Recode editor Rani Molla responded with derision to a sympathetic article about rural white workers at a chicken processing plant grappling with cultural shifts that include a mostly Spanish-speaking work environment:

alt title: “How does it feel to have every advantage and still be a whiny asshole?

The logic of white-bashing as an acceptable response to white privilege ultimately leads to the unspeakable obscenity of sneering at the plight of Otto Warmbier, the American college student who was arrested in North Korea for allegedly stealing a propaganda poster, sentenced to 15 years in labor camps, and brought home comatose after a year and a half in captivity. A Huffington Post blogger’s commentary on Warmbier’s imprisonment was titled, “North Korea Proves Your White Male Privilege Is Not Universal.” The victim-blaming continued even after 22-year-old Warmbier was declared dead.

Excuses for white-bashing can easily become excuses for abusive behavior. Perhaps the most notorious example is that of Thai sci-fi/fantasy writer Benjanun Sriduangkaew, exposed in 2014 as a prolific online harasser. As a blogger with the moniker “Requires Hate,” she gleefully savaged other authors for alleged racism, sexism or homophobia, often in gruesome language such as calling for them to be flayed; one of her other personas made rape and death threats. One of her targets attempted suicide; another nearly stopped writing. Even though many of Sriduangkaew’s victims were also minority writers, The Daily Dot reported that many in the sci-fi/fantasy fandom saw her condemnation as “white privilege attempting to silence writers of color.” Sriduangkaew published a semi-apology explaining that she thought she was “punching up.”

So, what is the final lesson of the controversy over Jeong? Some conservative critics have slammed the New York Times for a “racial double standard” in standing by her, while others have denounced her tweets while agreeing that she shouldn’t be fired. But, interestingly, there has also been some angry reaction on the left. On Splinter News, Libby Watson called the Times’ handling of the incident “pathetic”; the newspaper’s statement, she fumed, not only validated “bad faith” right-wing complaints about Jeong but seemed to endorse the view that “being flippant about white people” was “comparable to actual racism.”

The Jeong controversy has revealed to what an extent a toxic form of identity politics is prevalent on the left today. The silver lining is that both the New York Times and Jeong have agreed that white-bashing is bad. Perhaps we can start a new conversation from that point.