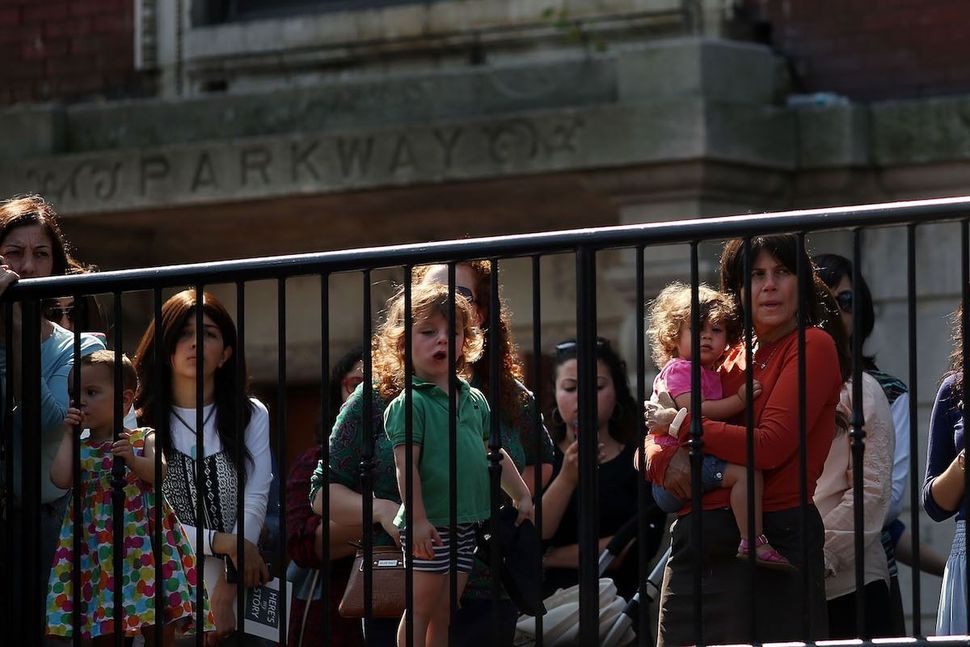 Women and children watch as mourners pay their respects during the funeral of Rabbi Joseph Raksin on August 11, 2014 in Brooklyn, New York. (Photo by Spencer Platt/Getty Images) Image by Getty Images 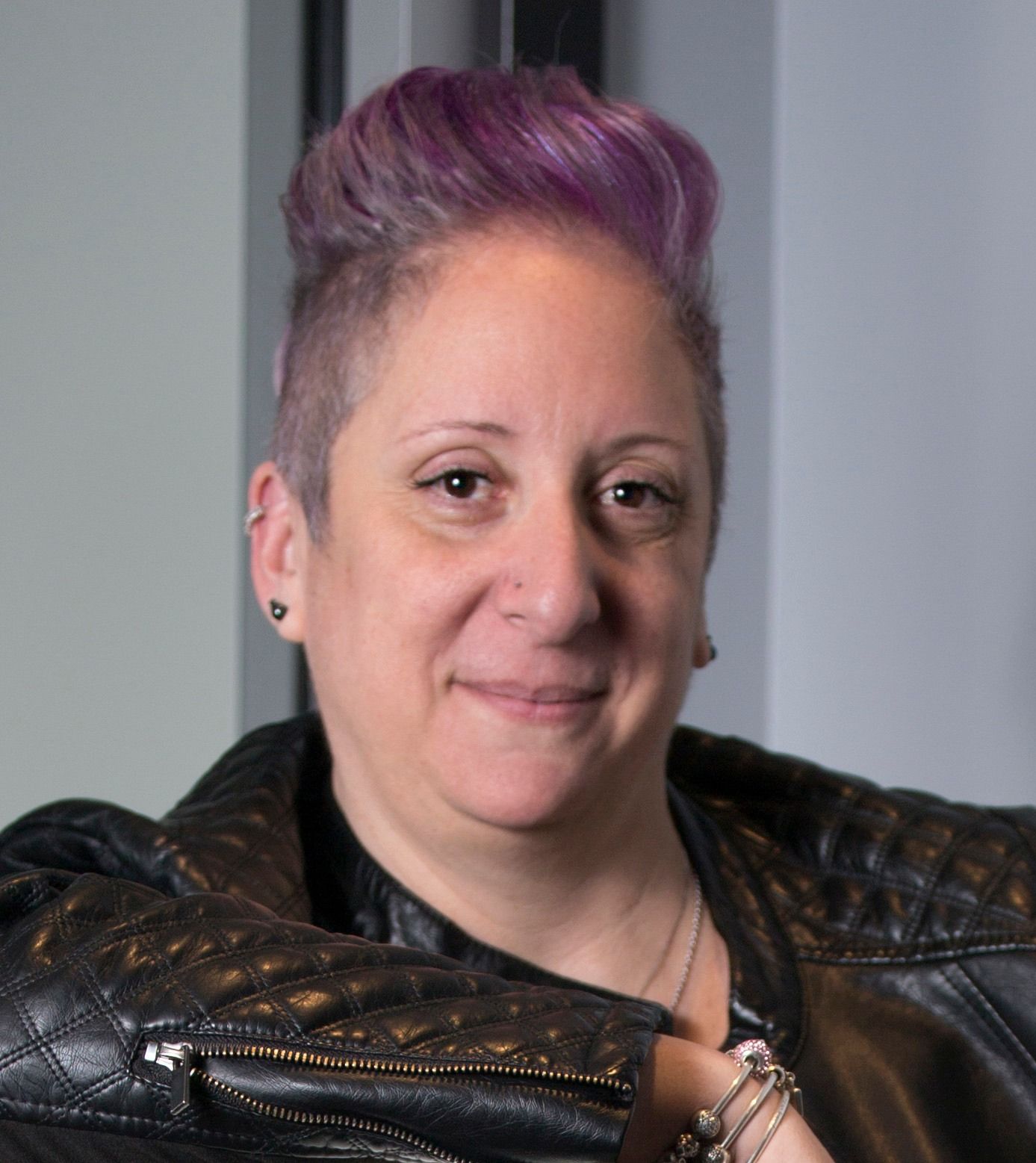 The recent Forward article, “‘My Dark Secret’: Orthodox Women Reveal Their Abortion Stories,” is heart-wrenching to read, but brings up topics crucial to discuss. Not just in the Orthodox community, but in the entire Jewish community. One story (New York, 26 years old, 8 weeks pregnant) reads of a single woman’s painful journey to abortion after her boyfriend aggressively insisted that she get one. Years later, even with much life success, her hurting still lingers.

I relate to her unplanned pregnancy. Twenty-three years ago, I stood in shoes much like hers. Growing up in a traditional (though non-Orthodox) Jewish household, conversations about being single and pregnant were only spoken in whispers.

“Did you hear that (so and so) was pregnant?”

“What a shame for her family…”

I wasn’t in an Orthodox community, but I can relate to the isolation and shame that this woman felt. Sociologists talk about the “success sequence”: first you finish school, then you get married and land a job, then you have a baby. Of course, this is a very reasonable goal — but many Jewish communities besides the Orthodox ignore or punish harshly those who break the sequence.

I ended up in an abortion clinic. But my tears wouldn’t stop, and I couldn’t stay. That day began an arduous journey. I quickly arranged to leave my home state because I did not want to bring shame to my family. I didn’t know what to do next. Do I keep the baby? Do I place her for adoption? How does one make that decision, especially alone? I did not have anyone to talk to. I had no one to bounce my ideas off of. No family, no friends, no rabbis.

Ultimately, I let another family adopt my baby. It was excruciating. Misled and mistreated by the adoption lawyer, I had no contact with the adoptive family or my daughter for 18 years. All those years, I wondered if I was a bad person for not wanting to be a mom yet — for my baby’s sake or mine. I also longed for my baby.

Even though so many Jewish women adopt, most Jewish women don’t consider the option of putting a baby up for adoption. From firsthand experience, I can understand why. My family, once they found out, were angry with me. My mother said that “I gave her grandchild away.” Abortion would have been much easier, in a sense, because they would never have had to know.

And yet, despite all this being true, I would do it again. Because April, my beautiful daughter, was worth it all.

Birthmothers have a lot more resources than they did 23 years ago; women can empower themselves with information and avoid mistreatment by lawyers and agencies through resources like Birth Moms Today.

But beyond information, vulnerable pregnant Jewish women need to be able to count on the Jewish community, no matter what choice they make. I am glad that the staff at In Shifra’s Arms provides loving care to women, no matter what they choose. If she ends the pregnancy, her counselors offer caring follow-up. If she decides to have her baby — no matter how hard the journey — they provide comprehensive support, including counseling, material support and targeted grants.

Life doesn’t fit into neat little boxes. I know all too well the world of dark secrets. But I refuse to stand in the dark anymore. I am not ashamed of my choices, and I invite every Jewish pregnant woman in crisis to know that she doesn’t have to be alone.

Lori Prashker-Thomas is a Jewish birth mother who up until recently never discussed her story of placing a child for adoption because of the stigma attached to the subject within the Jewish community. She is now an advocate for Jewish women, both as a speaker and a writer. Lori is also owner of and officiant at Ceremonies by Lori, and is co-owner of ShadowCatcher Photography with her husband, Michael. Her book, “From Mistakes to Miracles ~ Jewish Adoption From A Jewish Birth Mother’s Point of View,” will be released in mid-November.