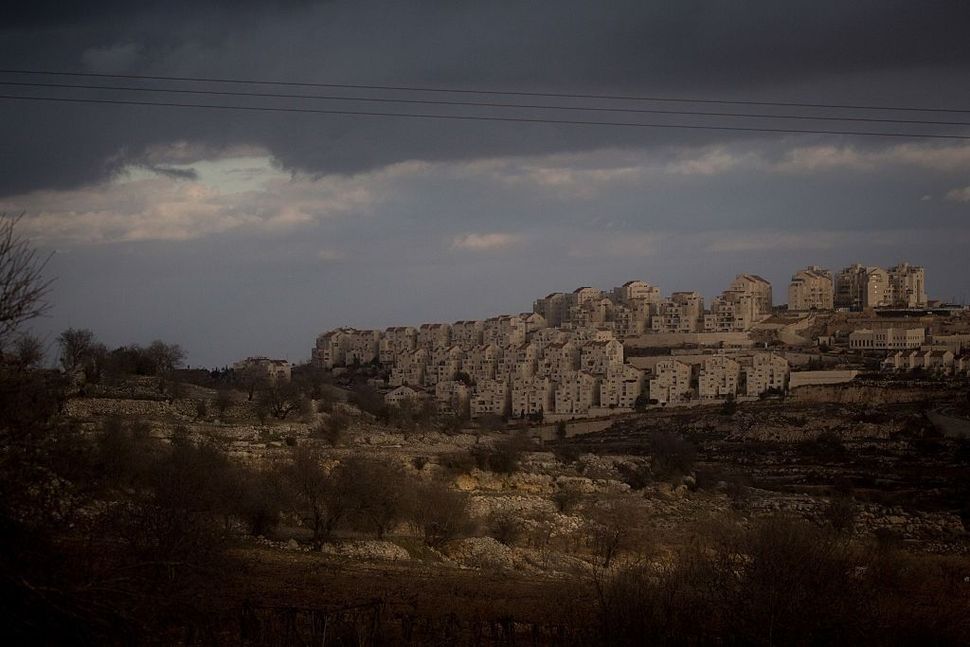 Houses part of an Israeli settlement are seen on a hillside on January 13, 2017 in the West Bank. 70 countries attended the recent Paris Peace Summit and called on Israel and Palestinians to resume negotiations that would lead to a two-state solution, however the recent proposal by U.S President-elect Donald Trump to move the US embassy from Tel Aviv to Jerusalem and last month’s U.N. Security Council resolution condemning Jewish settlement activity in the West Bank have contributed to continued uncertainty across the region. Image by Getty Images

These are the main findings of the new Palestinian-Israeli Pulse: A Joint Poll, published on August 13 and conducted in June-July by Dr Khalil Shikaki, director of the Palestinian Centre for Policy and Survey Research in Ramallah, and Dr Dahlia Scheindlin for the Tami Steinmetz Centre for Peace Research at Tel Aviv University.

“The results are depressing,” Shikaki told Plus61J at a press conference in East Jerusalem when the survey was presented. “But they do provide direction for public policy, if the leaders on both sides wish to pay attention.”

Scheindlin also noted that support for the two-state solution has been declining on both sides for over a decade, but dropped below 50% for the first time in December 2017, at the time of U.S. President Trump’s recognition of Jerusalem as the capital of Israel. The research also found that Palestinian citizens of Israel follow a separate trend, with stable and high backing for a two-state solution at 82 percent and, over all, are more positive with regard to the future.

Shikaki and Scheindlin attributed these findings to lack of trust between the two sides and pervasive doubt about the continued feasibility of the two-state solution. Only a quarter of Jewish Israelis trust Palestinians, while only 11% of Palestinians trust Jewish Israelis.

Just under half of all Israelis (49%) believe that implementation of a two-state solution remains viable, while 45% think that settlement expansion has made it impossible. Among Palestinians, 56% say the two-state solution is no longer viable and 39% think it is. But fully 72% of Palestinians and 81% of Israeli Jews do not expect a Palestinian state to be established in this next five years.

“The doubt becomes self-fulfilling,” Scheindlin said. “In the absence of a supportive political and social environment, people believe that a two-state solution is less likely to be implemented, and so they are less-likely to support it.”

According to Scheindlin, Israeli support for the one-state solution, with or without rights for the Palestinians, comes largely from the settler community, “where these ideas have become mainstream.”

Both sides are also pessimistic about the results of the agreement. Forty-seven percent of Jewish Israelis and 71% of Palestinians believe that the conflict is zero-sum and that what is good for one side must be bad for the other.

Are the findings and trends reversible? Is it possible to raise support for the two-state solution? According to Shikaki and Scheindlin, the study shows that it is.

Eight such pairings were presented, including pairing of:

• return of an agreed-upon number of Palestinians to Israel while retaining their Israeli citizenship while an agreed number of Israelis, including settlers, would allowed to live as permanent residents inside Palestinian while retaining their Israeli citizenship; permission for Jews to visit the Temple Mount and other religious sites in Palestine and permission for Palestinians to visit Muslim and Christian holy sites in Israel, and others.

• On the Israeli side, mutual ending of incitement in school textbooks was the most successful pair, raising support from 46% to 58%. Fifty-three percent of Jews also supported the pairing according to which Israel would allow Palestinians to join international organizations and Palestinians would end the boycott.

• On the Palestinian side, the pairs were mostly not successful at raising total net support, yet two pairs did generate slightly higher support: prisoner release paired with ongoing security cooperation with Israel and, similar to the results among Israelis, if Israel allowed Palestine to join international organisations while Palestinians would put an end to the boycott against Israel.

The project was funded by the European Union and the UN, on behalf of the Representative Office of Japan to Palestine.