Jeremy Corbyn Envisions A Britain For The Many — Not The Jew 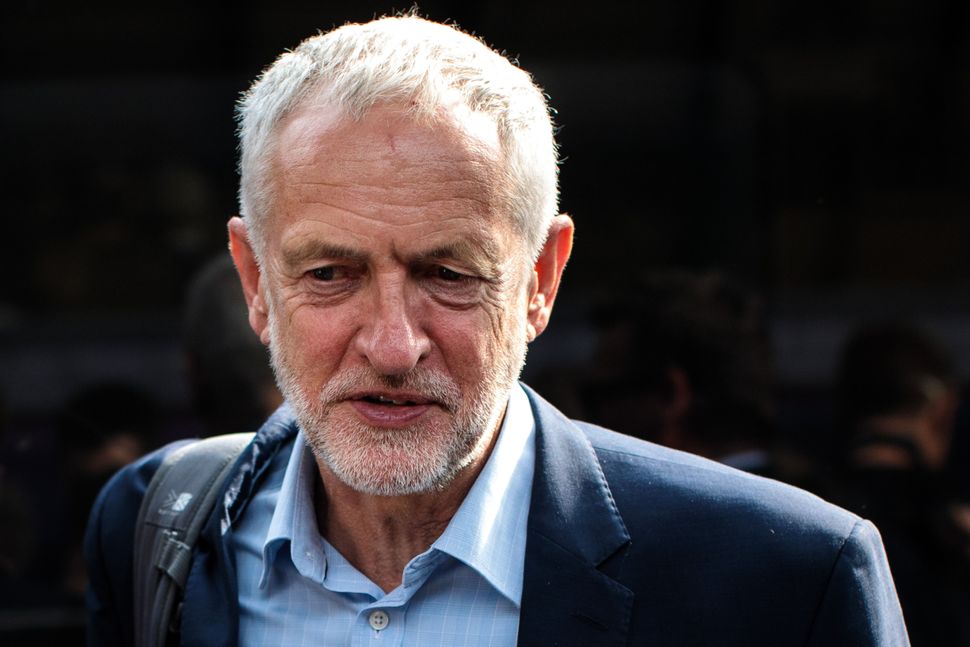 Labour Leader Jeremy Corbyn steps off a train from Leeds as he tours the North of England by rail today on September 3, 2018 Image by Getty Images 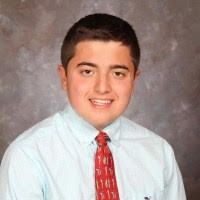 Over the past several months, Jeremy Corbyn’s Labour Party has made international headlines over its anti-Semitism crisis. In July, Britain’s three leading Jewish newspapers, The Jewish Chronicle, the Jewish News and the Jewish Telegraph, in an unprecedented display of unity, published identical front-page editorials warning of the “existential threat” Jeremy Corbyn poses to the Jewish community. Similarly, 68 British rabbis from across the political and religious spectrum lambasted the Labour Party for its attempts to redefine anti-Semitism to exclude undeniably anti-Semitic Labour members, removing dual-loyalty canards, comparisons of the Jewish State to Nazi Germany and claims that Israel’s existence is racist from its definition of anti-Semitism. Today, Labour has accepted a definition that includes these factors, but much to Corbyn’s chagrin.

To highlight the central role that the Labour Leader plays in this anti-Semitism crisis, I have compiled a list of just some of the countless times that Corbyn has flirted with, condoned, ignored or tacitly supported anti-Semitism. The stakes have never been higher for Britain’s Jewish community.

• Repeatedly campaigned for the release of two terrorists who bombed the Israeli Embassy and a Jewish Charity in London.
• Referred to the designated terrorist groups Hamas and Hezbollah as his “friends,” while he has declined to even meet with Israeli Prime Minister Benjamin Netanyahu.
• Described 1,000 Hamas terrorists as his “brothers” in a video on Remember Palestine in 2012.
• Called for Hamas to be removed from the UK’s banned terrorist list.
• Received 2015 campaign funding from a Hamas supporter.
• Laid a wreath for the Black September terrorists who carried out the Munich Massacre of Israeli Olympians. While there, he stood alongside Maher al Taher, a man whose group, one month later, used axes to murder Jewish men praying at a synagogue near Jerusalem.
• Compared the West Bank to Nazi-occupied Europe.
• Chaired a conference, held on Holocaust Remembrance Day, which compared Gaza to Auschwitz.
• Failed to reply to an invitation from the Israeli Labor Party inviting him to visit Yad Vashem.
• Campaigned for the UK’s Holocaust Memorial Day to be renamed “Genocide Memorial Day – Never Again For Anyone,” because, in his words, “Nazism targeted not only Jewish [people].”
• Praised and defended a blatantly anti-Semitic mural that depicted hook-nosed Jewish bankers manipulating and oppressing “the masses.”
• Asserted on Iranian state PressTV that Israel pressures/controls the BBC, which causes the BBC to have a bias towards saying “Israel has a right to exist.”
• Initially refused to adopt in full the IHRA definition of anti-Semitism, which led to swift condemnation from Holocaust research/remembrance groups.
• Allegedly peddled dual-loyalty canards by allegedly calling a Jewish MP “the Honourable Member for Tel Aviv.”
• Sponsored a 1984 conference that called for Paole Zion (now known as Jewish Labour) to be “disaffiliated” from the Labour Party.
• Chaired and attended an event where Judaism was called the “Holocaust religion”, with Elie Wiesel referred to as the “high priest.”
• Called Raed Salah (who was jailed for racial incitement against Jews) “a very honoured citizen.”
• Served as chair of the virulently anti-Israel “Stop the War Coalition” and was chair when an article on their site asserted that the Munich Massacre was just an “accident.”
• Belonged to three anti-Semitic Facebook groups.
• Compared Israel’s treatment of Gaza to the Nazi’s “siege of Leningrad and Stalingrad.”
• Defended Reverand Sizer, who claimed that Israel was responsible for the 9/11 attacks, saying that Sizer was “under attack” because he had “dared to speak out against Zionism.”
• Claimed that British Zionists “don’t want to study history” and “don’t understand English irony either” despite having “lived in Britain all of their lives.” He added that they “need a lesson,” saying all this at a conference publicized by Hamas’s military wing.

While some may suggest that Jeremy Corbyn is merely “anti-Israel,” his unrelenting obsession with the Jewish State and his willingness to support terrorists and anti-Semites are cause for grave concern. Corbyn has embraced anti-Semitic imagery and dog-whistling class warfare in the name of social justice and fighting “for the many, not the few.” In his world, Jews are the burdensome and powerful “few.” We all have an obligation to fight back against Corbyn’s vision for the United Kingdom: a Britain for the many, not the Jew.

Jake Fradkin is a junior at the Hun School in Princeton, New Jersey and a politically conservative Jew.

Jeremy Corbyn Envisions A Britain For The Many — Not The Jew