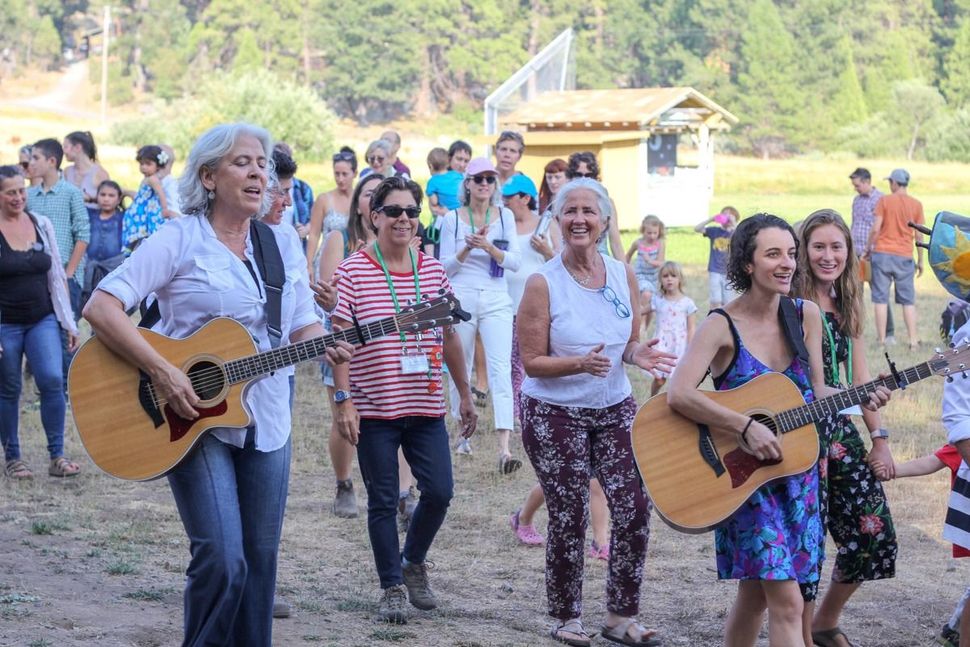 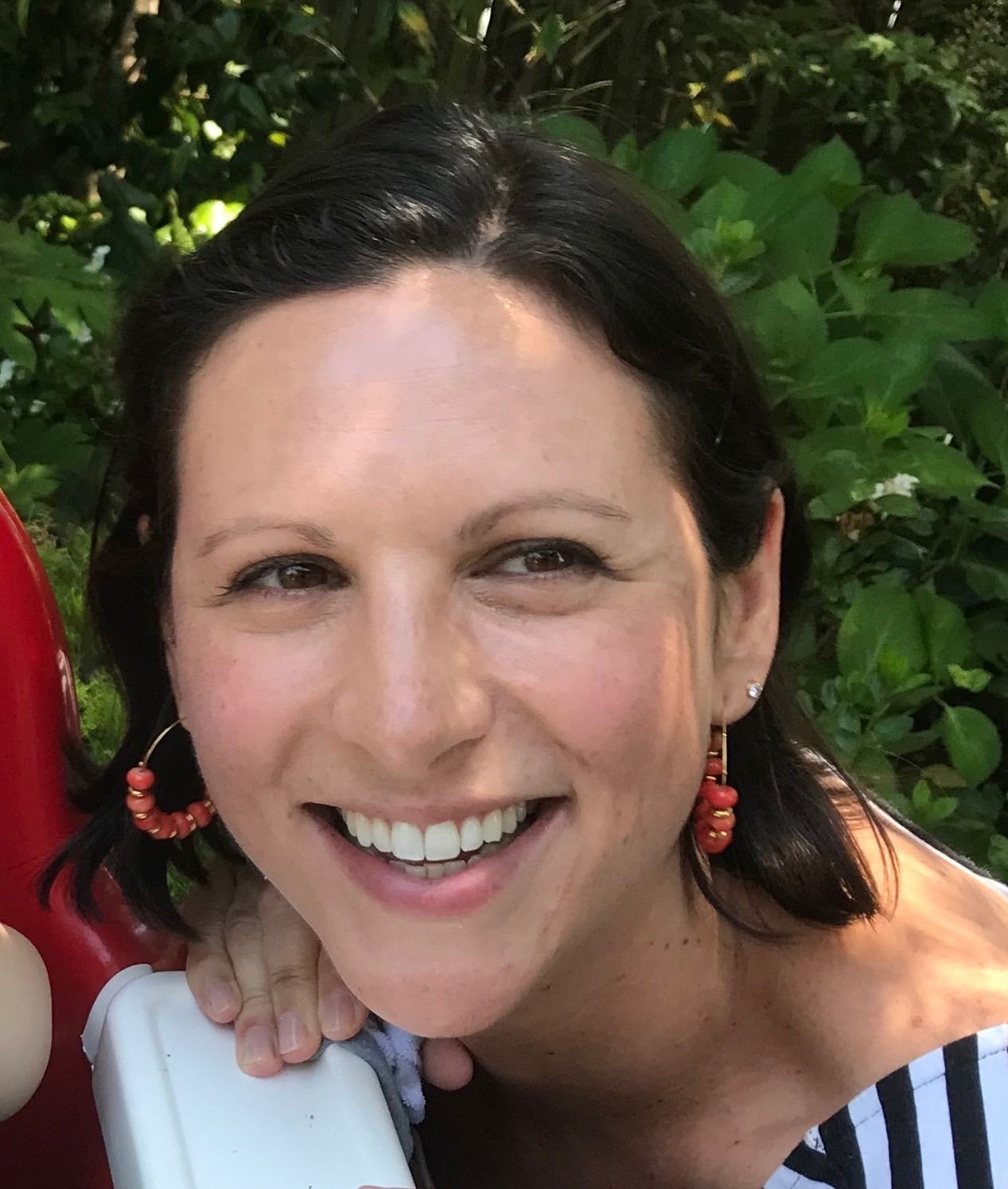 20 years ago, Deborah Newbrun was the only openly lesbian director of a Jewish residential camp in the country, and wherever her family engaged in the Jewish community — from preschool to synagogue — she felt like an outsider. “I needed a place as a young lesbian mother where my family could be in the majority and where we were not a spectacle” Newbrun said.

Out of this desire for a more inclusive and open Jewish community, Newbrun founded Keshet (the Hebrew word for rainbow) LGBTQ Family Camp in 1998 at Camp Tawonga, just outside of Yosemite National Park, where she served as Camp Director for 24 years. It was a bold move as the first program of its kind in the Jewish camping world. 15 families attended.

The goal of the weekend was to provide a safe and welcoming space for LGBTQ families to connect with each other, to have a Jewish camping experience and to experience the sense of belonging that comes with being in the majority.

Fast forward 20 years later: 75 families representing the entire LGBTQ spectrum gathered at Tawonga at the end of August to celebrate two decades of this extraordinary and growing community. The program has had a waitlist for the last three years and has evolved from only lesbian families to also include two-dad families, families with transgender parents, single queer parent families and other types of families. Today, dozens of Jewish camps across the country have followed Tawonga’s lead in hosting programs designed specifically for LGBTQ families.

Keshet Camp is similar to the other five Family Camps Tawonga offers, which consist of four days for families to celebrate Shabbat, unplug in nature and explore activities like arts & crafts, the challenge course and rock hopping along the Tuolumne River.

Kids who have grown up at Keshet feel a particular bond with the community. Nine years ago when Sharon Dulberg told her three-year-old son that their family would be attending a family camp weekend for Jewish LGBTQ families, he replied, “Oh, our people!”

Dulberg echoed this sentiment: “To be able to come to a place where we feel so comfortable and don’t have to be self-conscious is so important.”

Liza Swanson, who has been coming to Keshet for five years with her twin sister Katherine and dads Ed and Paul, shared that “Being at Keshet was the first time I didn’t have to explain my family to anyone. I felt like I was home.” 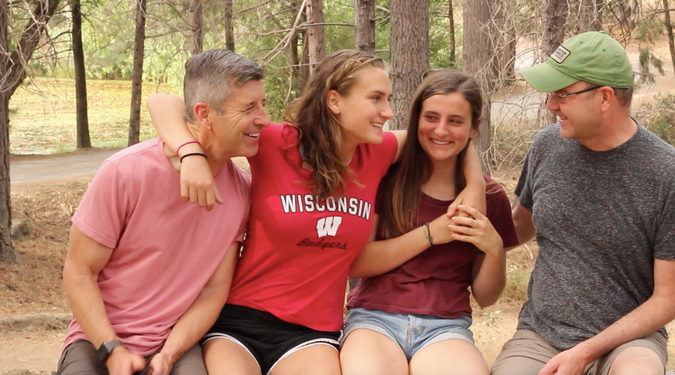 Liza, Katherine, and their fathers Ed and Paul at Camp Keshet Image by Courtesy

This feeling of acceptance resonates with parents, too. Paul Herman, Liza and Katherine’s dad, shared, “Keshet has made me more conscious and proud to be part of this queer family community.”
After two decades, Keshet families now make up a rich and diverse tapestry representing different generations of the LGBTQ community. Herman’s husband, Ed Swanson, commented, “This weekend is a really amazing overlaying of generations. Some people came here as babies who are now counselors. It’s generations speaking to each other and reflecting on the whole gay experience.”

To honor this history, the 20th Anniversary weekend included a new panel, “Queer Elders Telling Our Stories.” Panelists shared poignant, sorrowful and sometimes hilarious reflections on what it was like to come out in the late 70s and early 80s, the losses endured from HIV/AIDS and the struggles to fight for their families and careers.

Progress on acceptance of LGTBQ members in the Jewish community was evident during the panel. While in rabbinical school at the Jewish Theological Seminary (JTS) in New York in the 90s, Rabbi Benay Lappe shared that she had to hide the fact that she was a lesbian because gay students were prohibited from attending. Staff member Kiki Lipsett, listening on during the panel, was recently accepted to JTS as an openly queer woman.

The annual Teen Panel was also a highlight, when Keshet Camp’s younger generation had the opportunity to share their experiences, offering advice and anecdotes to parents about growing up in “nontraditional” families. “The best thing about having two moms is the acceptance they taught me, that I should go out into the world and not judge people,” offered 16-year-old panelist Ashira Weinreich.

The 20th Anniversary of Keshet Family Camp Weekend was a moment to revel in this tremendous progress. Ilana Drummond, former Tawonga board president shared, “It’s amazing to have our kids see that their world is actually part of a bigger world.”

Tawonga Executive Director Jamie Simon acknowledged the achievements of Keshet Family Camp, but also recognized the need to continue to evolve. Simon said, “Just like Keshet carved out a much-needed place for Jewish LGBTQ families 20 years ago, Tawonga and other institutions must continue the work to welcome and include the marginalized segments of our increasingly diverse Jewish community.” So, here’s to the next 20 years and continuing to make bold moves!