Remembering The Jews Of Ratno 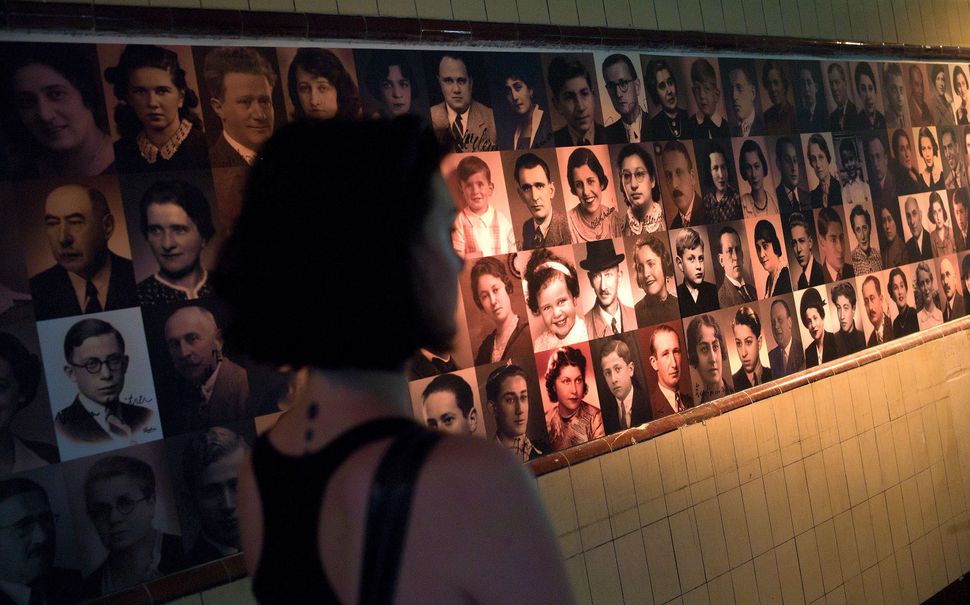 A woman looks at portraits of deported Czech Jews displayed at the exhibition ‘Kaddish’ in the old and idle railway station Bubny on June 18, 2013 in Prague. During WWII, Jewish death transports departed from Bubny station and carried almost 50,000 people to concentration camps, mainly Theresienstadt. 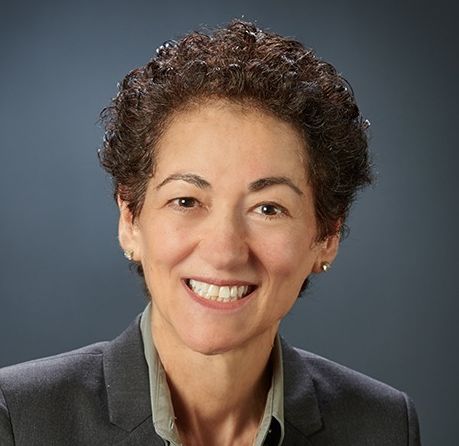 Every year, I say Kaddish for 12 members of my family whom I have never met. Nearly everything I know about them I learned from a Yizkor (remembrance) book that was written by survivors of Ratno, the small town in Poland/Ukraine, just 14 miles from Chelm, where my 12 family members lived. Ratno is not only where my family lived; it is also where they were hunted down and murdered by the Nazis, all in one day, 76 years ago, on the 13th day of the Hebrew month of Elul, which corresponds to August 26, 1942.

At the time of their death, these 12 family members ranged in age from seven-years-old to, by my guess, probably age 70. I cannot be certain — there are no birth certificates, no death certificates, no government censuses, no memoirs, no Holocaust testimonies, no photographs, no headstones and no other records. Other than the precious tiny kiddush cup my grandmother gave to my father on the last day that he saw her, which decades later my father gave to me, they did not leave any family heirlooms — they left no Hanukkah menorahs, no Shabbat candlesticks, no family Haggadot and no physical proof that they ever existed. The final resting place, for my family members and for the other Jews of Ratno, was likely the mass grave in the town which many of the townspeople themselves were ordered to dig.

One cannot visit Ratno today. In my father’s lifetime, it was under the sovereignty of Poland, and then Russia, and finally, to the extent anything is left today, it is part of Ukraine.

My father, Israel Shuster, the sole survivor of the family, had six brothers and sisters: Natan, Shlomo, Avram, Pesel, Shprintze and the youngest, Dina, who was affectionately known as Dinze. To me, they represent lost family members who did not dance at my wedding, and who will not dance with me at my two daughters’ weddings, nor retell the story of the Exodus from Egypt at any Pesach Seder. They will never share my Shabbat dinner table, never rejoice at family B’nai Mitzvah celebrations, and never witness any other simchot in my life or in anyone else’s lives.

They also will never have any descendants. I imagine what could have been: who among their lost descendants might have grown up to discover a cure to cancer, or to be a great philosopher, or poet, or inventor, or Supreme Court justice, or writer, or rabbi? In one day, my father’s entire family and any potential future generation was wiped off the face of the earth.

At one time Ratno’s Jews numbered 3,000, comprising 450 Jewish families. Only 29 Jews survived the Holocaust, and they eventually settled mainly in Canada, Argentina, Israel and the United States.

Much the same as the other Jews in Ratno, my paternal grandmother, Sara, after whom I was named, and my grandfather, Mordechai, struggled to put food on the table for their seven children. While they were poor and probably uneducated in ways of the secular world, they maintained a home that was rich with Jewish tradition, and they, like other Jewish families in Ratno, and like Jewish families in towns across Europe in the 1920’s and 1930’s, endeavored to fill their children with wisdom and creativity and to educate their children in Torah, Jewish customs and Jewish values.

Despite their poverty, the Jews of Ratno opened their doors to aid every person who needed assistance. They were like family to one another; one did not even have to knock on the door before entering. I witnessed this closeness myself during my trips to Israel with my parents, as a young child, where following three or more decades of separation, amidst tears and hugs, my father located and reconnected with his Landsmen.

And the Jewish families of Ratno also opened their hearts. They gave charity anonymously, without the recipient knowing who had helped him in his hour of distress, and without others knowing. The essence of Jewish life prevailed in the town and its customs were Jewish customs.

All was extinguished slowly as new sovereigns ruled over Ratno. I will not recite each of the dramatic and terrifying events that occurred in the small town once it fell under Russian rule in 1939, and following such time. Suffice it to say that the Jews of Ratno did their best to make do with each increased worsening of their situation. The Russians nationalized all private property. And the residents of the tiny village stayed silent, because they knew that any complaints might lead to deportation to Siberia. Talk of Zionism was outlawed. The Jews of Ratno had no choice but to accept this edict, so as not to arouse the wrath of the Russians and face punishment.

But know this: it would be a mistake to think that the Jews of Ratno, or the Jews of any other town in Europe during Nazi rule, went like sheep to the slaughter.

To the contrary, it was bravery and love for one another that prevented Ratno’s Jews from staging any revolt.

At the beginning of 1942, the Germans took control of the town from the Russians and commanded the Judenrat in Ratno to provide Jews to work at a German building company. The company office was fenced with barbed wire, and surrounded by guard towers manned by Ukrainian policemen. In accordance with the edict tens of youths presented themselves to the offices of the German company every morning. The Germans moved the workers to a fenced-in work camp, which by the spring of 1942 included 130 Jews of Ratno. The only compensation given to the workers was work permits issued by the Work Office in Kowel, stating that they were workers in the service of the German Army, and they were not to be employed in any other work. The work overseers and foremen were veteran Germans who wore red armbands with black swastikas. Work and living conditions in the camp were unbearable. The young workers were treated as prisoners and slaves. Ukrainian policemen supervised their work. Their food consisted of coarse bread and water. They could have escaped despite the supervision of the Ukrainians. What prevented their doing so was their concern that their families might be harmed in the wake of an escape: the Germans had warned them what would happen if they attempted to escape from the camp.

News of mass murder of the Jews of Kowel and its region began to reach the workers in August of 1942. The tension in the camp increased and the workers felt that the Germans were behaving in an even stricter manner than usual, beating the workers for any small transgression. They were especially afraid when the Germans found out one day that five workers had escaped from the work camp. The German overseers threatened that if the missing workers did not present themselves within 24 hours, all workers would be taken out to be killed. Everyone in the camp waited for the worst to happen. That night, the escapees returned to the camp. They were convinced that they had no choice other than to return, due to concerns for the lives of the many Jews in Ratno and in the camp.

When I recite Kaddish, I recite it for my 12 family members and for the other nearly 3,000 innocent Jews from Ratno who perished.

Sheila Shuster is a corporate attorney and the daughter of a Holocaust survivor. A graduate of Harvard Law School, she has a passion for social justice and advocacy for survivors.

Remembering The Jews Of Ratno