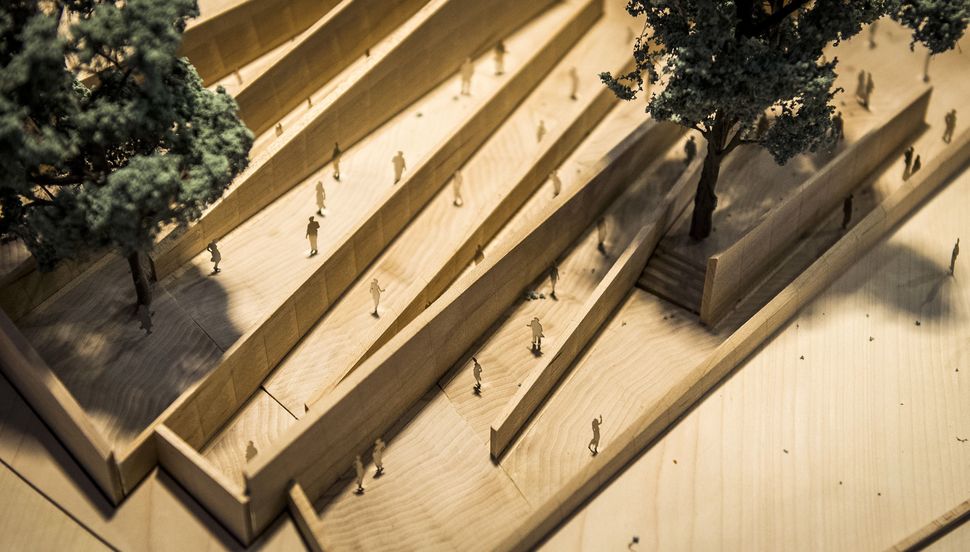 The scale model of the Names Monument in memory of the Holocaust is presented by the Dutch Auschwitz Committee in the press centre of the town hall of Amsterdam, on June 10, 2014. Image by Getty Images 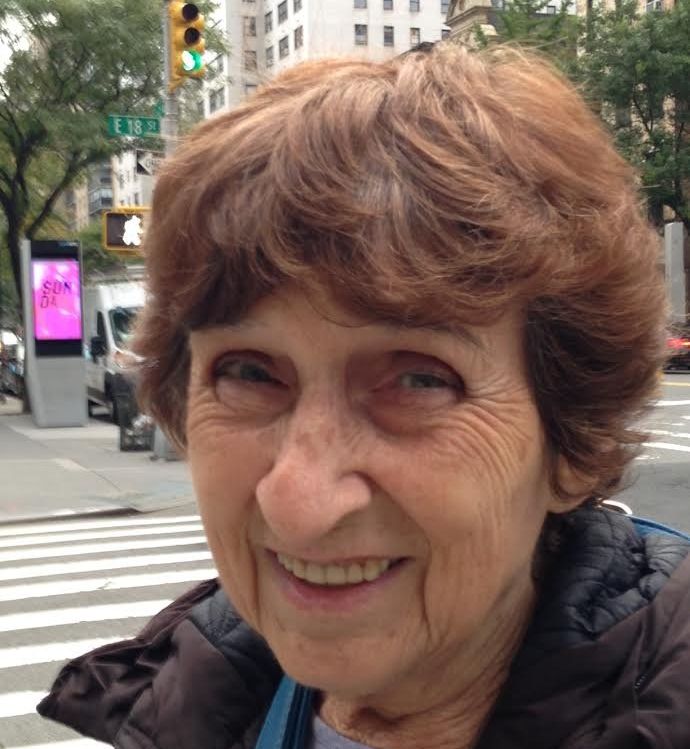 My name is Johanna Reiss. You may already know it; I am the Author of the memoir The Upstairs Room and other books about my experiences as a Jewish child hidden in Holland during World War II and how I managed to live through it.

Since 1945, I thought I was done with my old life, when being a Jew meant you had to live in fear or die.

I’m lucky. I survived the Holocaust, way way back when I was a Jewish child and lived in Holland, where we were allowed less and less freedom, until trucks or trains were sent to take us away.

A family of farmers hid me for nearly three years in a room not much bigger than a crate.

In 1955 I moved to America, called the Land of the Free. I became an American Citizen and have loved living here in Manhattan. I never tire of the sights and energy of this city and the diversity of its people. The war that was, the hate against Jews and many others Hitler despised, it all paled here, and I seldom thought of it.

Until the morning of October 25, 2018, when I heard the news about the synagogue shooting in Pittsburgh.

I let 70 years pass before I started going to the synagogue after the Holocaust, and after Pittsburgh, now I was worried it wasn’t safe anymore.

The night of the 25th, a vigil took place close to where I live. I ought to go, I told myself, be part of mourning with others who probably also feel the same shock and pain.

I looked out of my window. Dark. Cold, too, no doubt.

Still I thought I ought to join the mourners. I put on a coat, hat, scarf, got my key and walked to the door.

What, though, if another creep saw me, and thought that woman looks like a Jew?

She should have been dead decades ago…How come she’s still around?

I took off my hat, hung up my coat, and closed the door again, making sure it was locked. I wasn’t brave enough to go out.

“Don’t do harm to children,” I want to yell to the world; it leaves scars that never go away.

Don’t discriminate, tell your children, do not hate. Respect others. That, already, might start to make the world a better place in which to live.

Johanna Reiss is a survivor of the Holocaust and the author of The Upstairs Room.