Feeling the Passover spirit even in quarantine 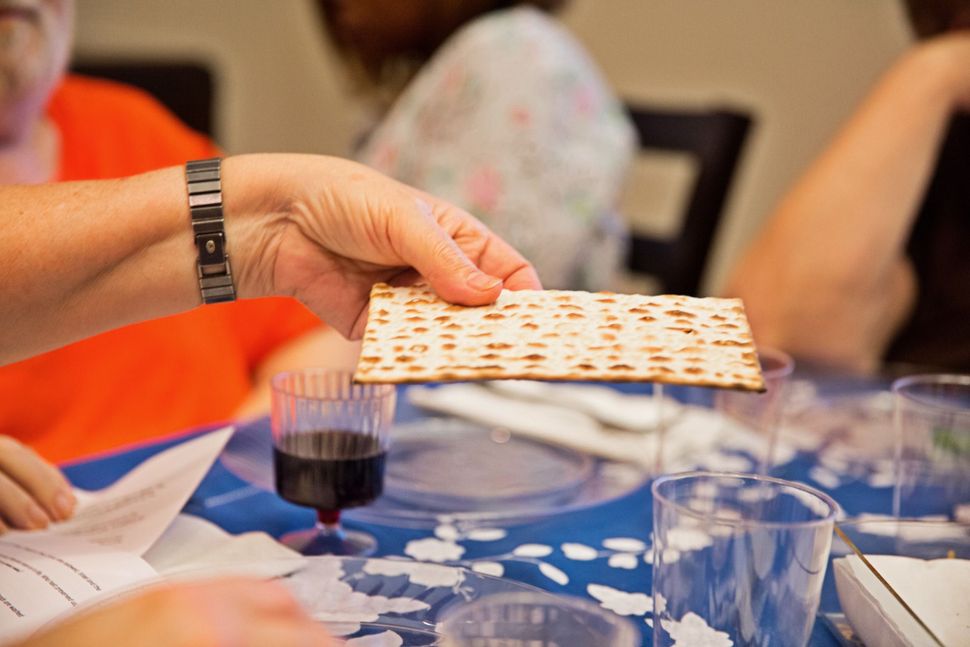 Matzah at a seder Image by iStock

I have a confession to make: as a working mom, Passover is my least favorite holiday. It evokes images of endless cooking, cleaning, and arcane restrictions with the added pressure of making the holiday meaningful for my children. Furthermore, as an American married to a Frenchman and living in the Netherlands, the idea of spending Passover at home brings a profound sense of loneliness. Although we have a lovely Jewish community in the Hague, I don’t “feel” the holiday here, and the idea of Passover in the Hague leaves me with a hollow sense of obligation devoid of any joy. 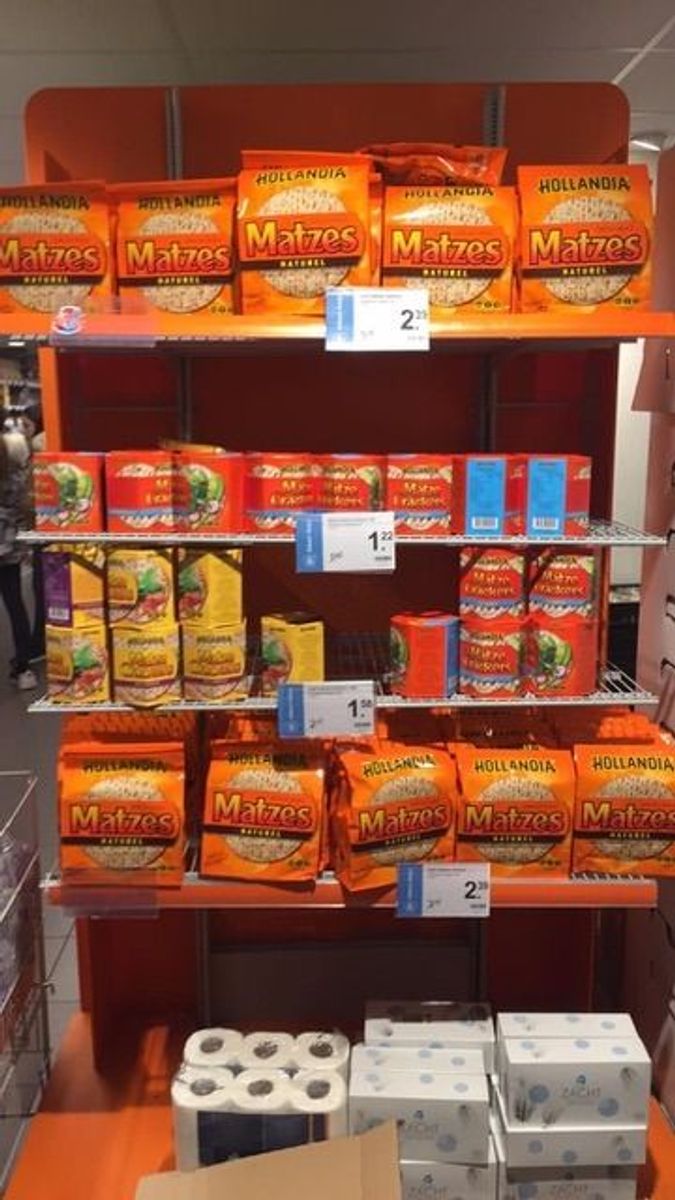 Matzah is consumed by the Dutch for Easter; a pile of “Hollandia Matzes” is displayed in a Dutch grocery. Image by Sasha Goldstein-Sabbah

My thoughts on Passover weren’t always this pessimistic. As a child growing up in New York, Passover was one of my favorite holidays. Preparing for the holiday was filed with lively trips to the Lower East Side to procure freshly ground horseradish, pickles and La Joya jelly rings. There was an exciting annual Hebrew school trip to a matzah factory. And all of this preparation culminated in a giant family Seder from which I would inevitably walk away with a decent amount of money after playing my uncle off against my grandfather when ransoming the afikomen. My husband grew up in a very different Jewish environment among his large Sephardic family in Lyon, France, but his memories are just as vivid and steeped in deep nostalgia. 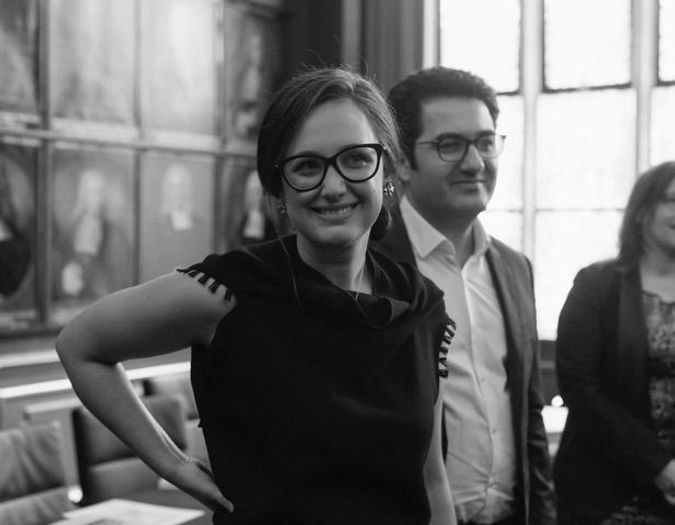 The author and her husband. Image by Courtesy of Sasha Goldstein-Sabbah

When my daughters were born, I decided that I wanted them to feel connected to the Jewish holidays in the same way that my husband and I had as children, especially for Passover. It’s no fun to be the only child in your class forced to learn the four questions or be on a matzah diet for eight days while others are gorging themselves on Easter candy. And while we could invite friends to join us at our Seder table, early attempts never felt quite right, and differing levels of kosher observance were always a challenge. As a result, we generally have alternated between Israel and France for Passover whenever possible. Of course, this is a luxury that many cannot afford, but for us it has been a chance to visit with friends and family and, most importantly, to experience the holiday in all its splendor.

In Israel, my children are always amazed when shopkeepers wish them Pesach kasher v’sameach and by the many families eating pizza in local parks the night before the holiday begins. Some say that in Israel you don’t feel Passover as much because of the myriad of kosher dining options. However, for a child (or an adult, for that matter!) who keeps kosher in a country with only three kosher restaurants, eating a hot dog from a street vendor any time of the year is a treat, and eating a kosher hot dog on a potato roll during Passover is practically a miracle.

Passover in France is different than it is in Israel, of course, but we still feel the holiday atmosphere. My husband’s family is so large and welcoming that every meal takes place at a different home. The days roll into each other, with large elaborate meals, trips to the synagogue, and impromptu playdates with all the local children who congregate in the nearby park. In France, we eat the thick round matzah popular amongst Algerian Jews, listen as great aunts sing chad gadya in Arabic, and take the time to catch up with people we see only once or twice a year. In France, Passover is a break from the daily slog of work and school, a chance to reconnect with family.

This year my mother and her husband were planning to fly from the United States and join us in France. My husband was looking forward to returning to his childhood Moroccan synagogue, whose rendition of the hallel is particularly special. My daughters were looking forward to the prospect of having all of their doting grandparents in one place and spending quality time with their cousins. And frankly, I was delighted to not to have to cook and clean; freed from my usual holiday apprehension to simply be a guest at the Seder table.

Like the rest of the world, our plans slowly began to change. First, we decided that my mother shouldn’t come to Europe as the risk of her getting stuck became more and more likely each day. Then my husband and I began to consider driving to France, instead of flying, to avoid large crowds. Finally, we came to the sad conclusion that it wouldn’t be prudent to visit the grandparents, even if the border were still open. With the reality of Passover in the Netherlands settling in, I began to discuss Seder plans with our Jewish friends in the Hague. We went as far as to divvy up cooking chores, before the government restrictions on social distancing came into effect.

Although in the end our Seder table will hold just the four of us, we will “feel” the holiday. This year’s Passover will be different. The food variety will be limited, the singing will not be as loud and there will be no trips to the synagogue. But I have no concerns about my children feeling the holiday. Being confined to the house has meant that my daughters talk with their cousins, aunt, uncles, and grandparents every day, and Passover has been on everyone’s mind for a while. The girls are helping me with the cooking and cleaning. And we even did a virtual trip to a matzah factory via their online Hebrew school. We will be at home this year, reciting the Haggadah, eating bitter herbs, making a Hillel sandwich and praying that next year we will be in Jerusalem. As we do this, we won’t be alone—we will be home with the rest of the Jewish people, staying safe until we can all be together again.

Sasha Goldstein-Sabbah is a post-doctoral fellow and lecturer at the Leiden University Center for the Study of Religion in the Netherlands Her research interests include transnational Jewish solidarity movements and the modern history of Jews in the Arab World. Her current research project “Global Jewish Philanthropy: Partners in Solidarity 1918-1948“ considers the importance of philanthropic networks in identity constructions among Middle Eastern and North African Jewry.

Feeling the Passover spirit even in quarantine