Half Jewish in Israel 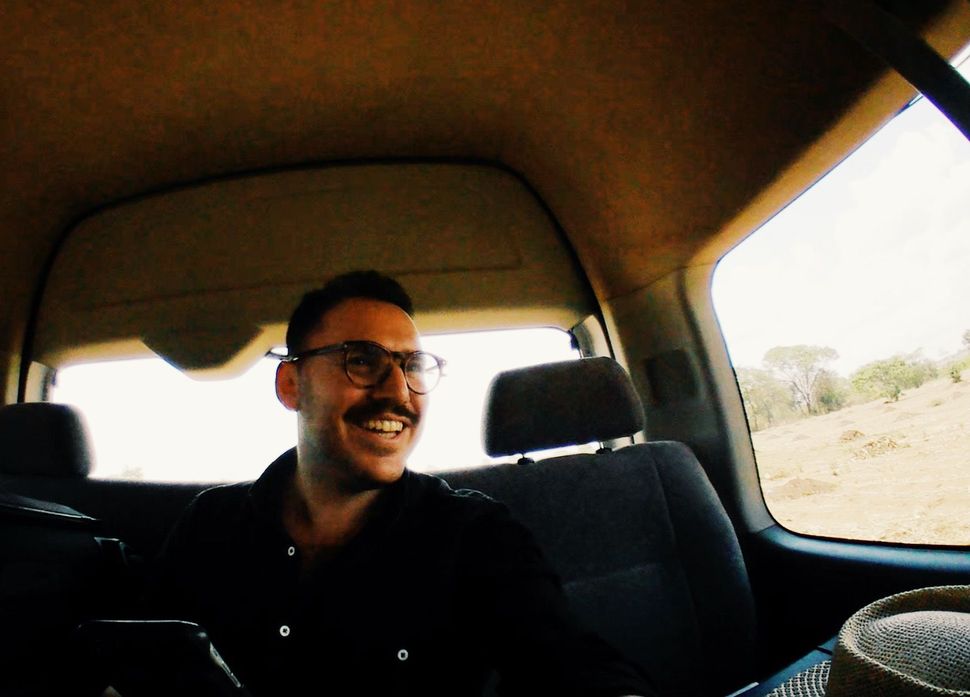 Jewish on the wrong side. Dad-Jew. Jirish. Jew-ish.

These are a few of the ways I have referred to myself over the years.

I am “half-Jewish” a term usually reserved for people born to Jewish fathers, and non-Jewish mothers.

My mother is of Irish-American descent. She is a musician, she teaches Yoga, and she has always embraced my father’s Judaism. My father is an Ashkenazi Jewish guy from upstate New York. He started a film club at Columbia University to meet girls and drove a taxi cab during his ‘strange years’ after graduation. 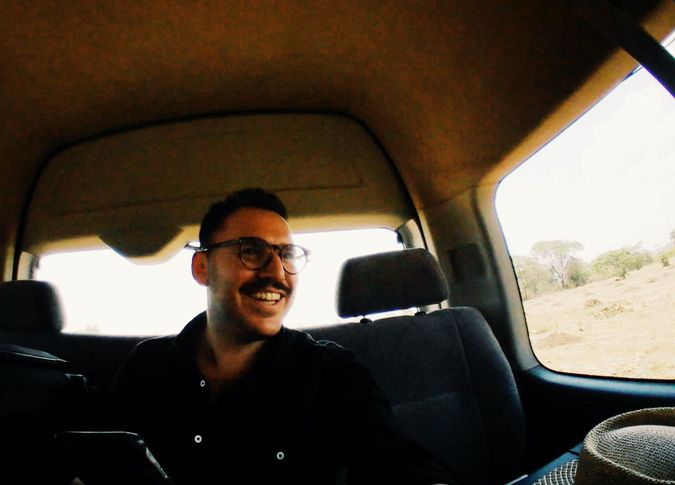 My great-grandfather Isaac Eisenstein, emigrated to The Bronx from Russia. We lost the surname Eisenstein during the 1940’s when my grandfather Alex and his brother Norman, changed it to ‘Alexander,’ in order to avoid anti-Semitic friction in the job market.

Which leaves me, David Patrick Alexander: A Californian-born, fourth-generation-American, half-Jewish on the wrong side.

I can drink more than my Jewish friends, and am infinitely more neurotic than my Irish friends.

Growing up in Los Angeles I always felt my Judaism was typical of the Reform Movement in America. We went to Temple on Yom Kippur. (Didn’t fast.) We had a lovely Passover Seder every year. We asked the four questions, found the afikomen, and retold the story of our exodus from Egypt, as my Patrilineal ancestors have done for thousands of years. When we collectively said ‘Next Year in Jerusalem’ I promised myself I would indeed spend Passover in Israel one day.

My dad called my brother and I ‘Vilde Chayas’ as we chased each other around the house. Yiddish-ism’s still permeate my everyday speech. Being half-Jewish I always felt that I belonged. A member of the tribe however far removed from its core.

My Jewish identity solidified as I grew older. I left the familiar bubble of Los Angeles to attend the University of Oregon. My freshman roommate was a tall lanky guy from a small town in Oregon. He had never met a Jewish person before. One day when the cafeteria did not give him enough hash browns he joked that he had been ‘kiked on the potatoes’ a phrase so vivid and vulgar I remember it verbatim to this day. I had never heard someone be un-ironically anti-Semitic before.

By the end of my first year at school I looked around and realized 90% of my friends were Jewish. The others were minorities as well. I took Jewishness for granted in my privileged Los Angeles upbringing. Living in a place where I actually was a minority helped me realize how intrinsic it was to my identity. My behavior, my traditions, my cultural outlook-were all indeed very Jewish. Even if technically I am not.

After graduation, one of my best friends left Oregon to make Aliyah and enlist in the IDF. As a budding documentarian, I followed him to Israel, camera in hand, and ended up living there for the better part of a decade.

I spent my first month in Ashdod, then migrated north to Tel Aviv, learning Hebrew while navigating the Egged bus system. Swimming at sunset in the warm shark-free Mediterranean sea. Spending weekends on Kibbutzim in the north drinking big bottles of Goldstar beer and cheap Arak, trying to get a laugh out of the beautiful women with their tan skin and curly hair.

Life in Israel was invigorating. And being a journalist gave me unique access from which to view it all.

I filmed IDF soldiers on their 52-kilometer paratrooper march up Masada at sunrise and drank choco-b’sakit (Chocolate milk in a plastic bag) with them afterwards. I visited Ramallah to make a short film about a Palestinian Brewery. I had large Shabbat dinners in the suburbs of Tel Aviv where I could follow the conversation in Hebrew just enough to the point where I understood the joke, but missed the punchline.

Israel is an intoxicating place, and when it gets under your skin, it stays there.

As I grew more connected to life in Israel I found my Jewish identity increasingly at odds with the overwhelmingly conservative Judaism of modern Israeli society.

Your mother isn’t a Jew? So you are not a Jew…you are choosing to be Jewish…what are you, crazy?

I became frustrated with silly things, like famous half-Jews such as Lenny Kravitz being claimed as members of the tribe simply because of their accomplishments. I felt as if I needed to do something monumental with my life just to achieve the acceptance my peers had from birth.

The Law of Return, which allows for people with a Jewish father and Jewish grandparents to become Israeli citizens, was my silver bullet whenever I felt insecure about my own Jewish identity. I would say to myself, Why would I be able to move here if I wasn’t considered at least marginally Jewish?

Carving out a corner of Zionism

The longer I stayed in Israel the more I began to accept and re-define my own Judaism.

The values. The focus on community. The burst of energy followed by peace and silence on a Friday afternoon. The blunt honesty. The warmth. The arguments followed by hugs. The rituals and rhythm of life in the Jewish State gave structure and added meaning to my life. Despite my outsider status I had found a spiritual home within the realm of Secular Zionism.

This achievement of Zionism — a state where Judaism is woven into every aspect of society – turned out to be a perfect fit for my Reform half-Jewish upbringing. To live a Jewish life in Israel you don’t have to keep kosher, fast on the obscure holidays, observe Shabbat, etc. You are living one just by virtue of being there.

People crave meaning in their lives. We need purpose. As technology surpasses human skill we will find ourselves living an increasingly cerebral existence.

Judaism provides much-needed structure in an unstructured world and I wish more ‘half-Jews’ like myself could experience and appreciate the beauty of life in modern Israel.

Half Jewish in Israel