Who gets a ventilator is the new Sophie’s Choice

Prior to the pandemic, I didn’t think of myself as “elderly.” But COVID-19 insists I am, compensating me with early morning, old-people grocery shopping.

I’ve come to terms with that but my husband and I, both in our 70s, had been enjoying life before all this tragedy, so I’ve been stewing over being seen as expendable.

69-year-old Texas Lt. Governor Dan Patrick told Tucker Carlson he would sacrifice himself in exchange for the next generations having a more robust economy.

“Lots of grandparents might be willing to die from the coronavirus,” he said, “in order to save their grandchildren from living through another Great Depression.” 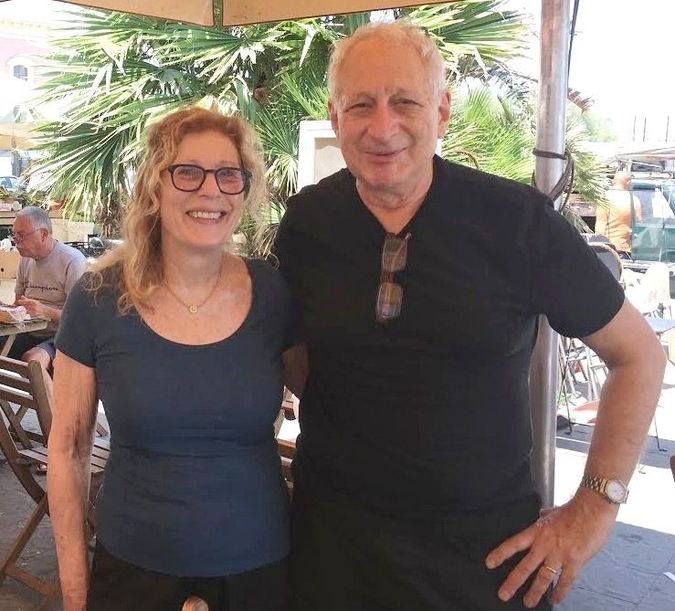 I had — and am — a Jewish mother, so nobody can tell me anything about martyrdom. Having given my heart to my husband and son, I would turn over whatever other organs they might need. But I’m not giving up my life to prop up the Dow Jones.

Some might have considered me successful because I worked for highly rated TV shows as a comedy writer, but what made me feel important was loving and being loved. And I’m sure my 37-year-old son and his wife, who had a daughter in November, would rather she have loving grandparents than a robust bank account.

When we initially paired up, my husband Martin and I were a luxury to one another. Now we are a necessity. Our fortieth wedding anniversary is approaching, the first in captivity.

Imagining either of us having to go on without the other is unbearable. “I want you to take care of yourself,” he often says. I don’t like admitting how dependent I am on him, but when I couldn’t get to the hair salon this month, he touched up my roots. “You did great,” I said, playfully shoving a tip into his hand. Unlike my regular stylist, he refused to accept it. 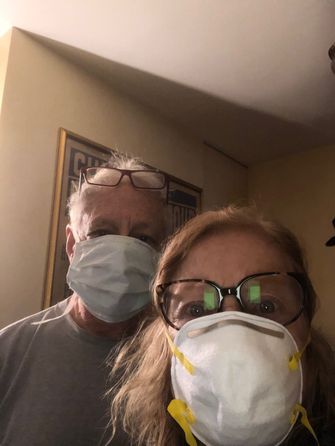 Martin and Sybil Sage during the coronavirus pandemic.

I do everything I can to “stay safe,” – the send-off that’s replaced, “Have a good day.” I wore a mask before they trended, wash Amazon boxes as vigorously as my hands, maintain six feet between me and everything except the refrigerator and have stayed home though it meant letting a 32% CVS coupon expire.

If those conservative men are ready to call it quits, that’s their prerogative. They don’t, however, have a right to say who should live and who should die. Medical practitioners and bioethicists agonize over that decision. And it’s unrelated to money. A determinant in who gets one of the scarce ventilators is how many of your organs are failing. Health care professionals are given special priority. Age is a factor, though it can be difficult to determine whether an older person might have more experience and skills to benefit society than a younger one.

Even if my black dress is not for dates, but for funerals, I very much want to stick around. If I’m in a medical situation where my value is being assessed, my hope is the person doing it loves comedy and adores their grandmother, not a right winger who believes a fetus has a right to life yet someone my age doesn’t.

Sybil Adelman Sage became a TV scriptwriter in the early 70’s, starting with The Mary Tyler Moore Show, Lily Tomlin and Maude. After aging out, she became a mosaic artist.

Who gets a ventilator is the new Sophie’s Choice