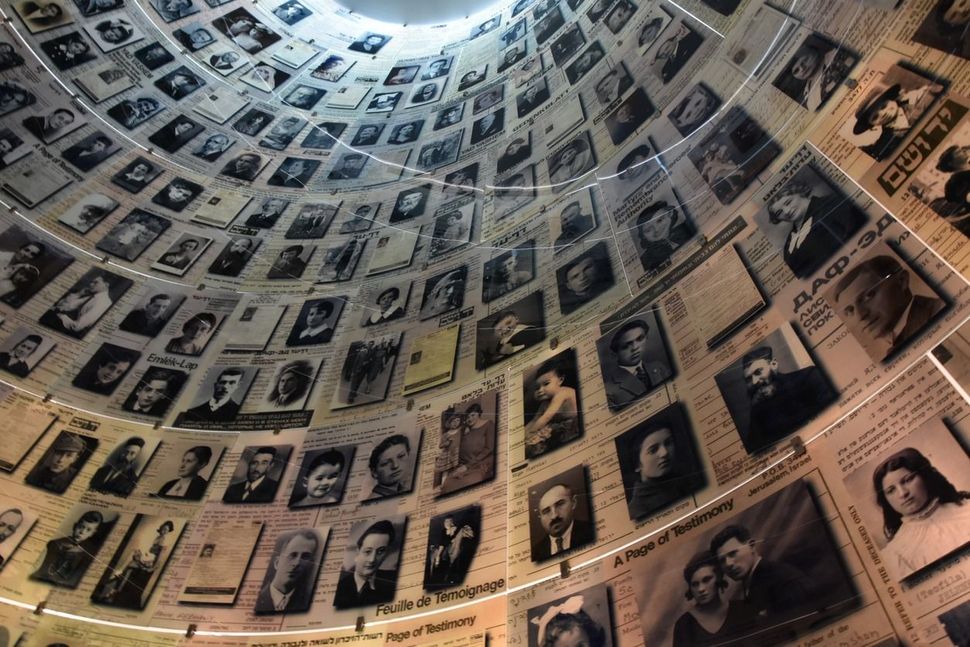 The Hall of Names in the Yad Vashem Holocaust Memorial Site in Jerusalem. Image by iStock 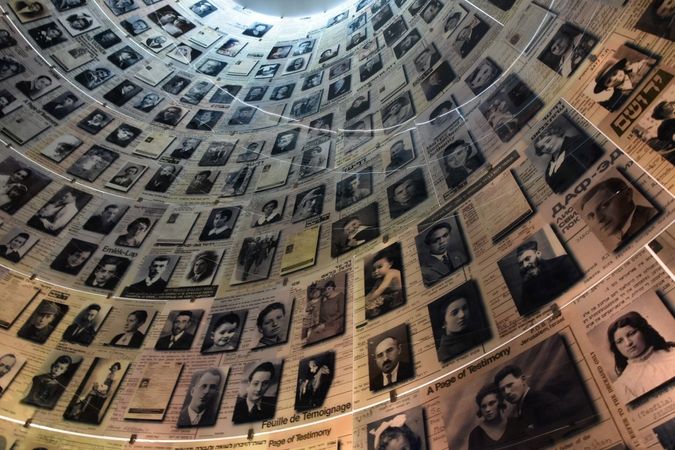 The Hall of Names in the Yad Vashem Holocaust Memorial Site in Jerusalem. Image by iStock

A few years ago, a congregant told me of a conversation she overheard after my sermon on Yom Kippur. On their way out of synagogue, a young man turned to his girlfriend and said: “the Holocaust! Why do they always have to talk about the Holocaust?”.

Since then, I have thought about this question frequently. There are critics who feel that Holocaust remembrance has become a crutch, a maudlin substitute for an authentic Jewish identity. It has been 75 years already, and it might be time to live in the future instead of the past.

Holocaust remembrance can seem tedious because it is often linked to particular lessons, and the lessons are often driven by an agenda. It has been invoked to prove the importance of democracy, of a safe haven for Jews, of fighting fascism, and of protecting the rights of minorities.

These lessons can seem cliched, in the worst sense of the word. One solemn lesson, a favorite of politicians and diplomats, is never again: humanity has a responsibility to ensure that a catastrophe like the Holocaust never happens again. Unfortunately, these leaders ignore their own words. In Rwanda, Darfur, and most recently in Syria, the wholesale massacre of civilians has gone on without any response from the international community. Never again has been a hollow promise. As Hegel put it nearly 200 years ago: “What experience and history teach is this — that nations and governments have never learned anything from history”.

And there is the Jewish analogue to never again: the need for a safe haven for the Jews, in the one Jewish State in the world. Here, the problem is one of overkill: The idea of a safe haven seems dated, as Jews have found a home in many countries around the world, and the Jewish State is a true regional power. What was critical 50 years ago is now taken for granted.

But there are other arguments for memory. During the Holocaust, entire villages were destroyed without a single living remnant. The six million, so many who left no family behind, deserve to be remembered; and it is our responsibility to do so.

This is what Avishai Margalit has called “the ethics of memory.” While the philosophical basis of this idea is complicated to pin down, it is very much a part of the Jewish tradition. The ritual of Shiva and prayers of Yizkor and Kaddish all articulate the same idea: we must continue to remember those whom we love. A caring community must remember, and ensure that those who perished did not die in vain.

However, this argument will still fail to persuade critics; they worry that a focus on the past will reduce the present to a yahrzeit candle, a solemn empty memorial to a past that undermines our hopes for the future. Margalit mentions how his own parents argued about the importance of Holocaust remembrance as well.

But during this coronavirus pandemic, there is another reason to remember: to be inspired by the survivors.

William Helmreich z”l, who passed away 2 weeks ago, published a book in 1992 entitled: Against all Odds: Holocaust Survivors and the Successful Lives They Made in America. Helmreich conducted 170 in depth interviews with survivors and went through tens of thousands of pages of archives from relief organizations that brought the survivors to America. He tells a remarkable story of people whose lives were shattered and who, through the sheer force of will, started again in a new country.

But how did they do this? Most importantly, these survivors had an exceptional capacity for hope. Elie Wiesel, in an interview with the New York Times that appeared on June 7, 1987 said this: “I must confess that, of all the mysteries that characterize the Jewish people, its capacity for hope is the one that strikes me most forcibly. How can we think of the past without foundering in the abyss? How can we recall the victims of fire and sword without drowning in our own tears?”

Remarkably, the survivors found hope after staring into the abyss. At the end of the book, Helmreich lists 10 traits of survivors that allowed them to rebuild. They include a sense of community and a search for meaning, as well as courage, optimism, tenacity, and flexibility. These survivors had a sense of destiny; whatever might happen, they would be able to overcome.

Helmreich quotes from the memoir of Luba Bat, who tells about a group of young women being marched to the gas chamber and Auschwitz. As these young women are walking to their deaths, they broke into song, singing Hatikvah, the Zionist national anthem. In the last moments of their life, they sang a song whose title means hope, and in doing so, expressed hope for a better future for their community. Such is the spirit of those who hold on to hope even when everything seems hopeless.

Today we find ourselves facing a challenge of our own. The coronavirus which took William Helmreich’s life threatens us all. But it is in the stories of these survivors that we can find hope 75 years later. Helmreich ends his book with the following words: “The story of the survivors is one of courage and strength, of people who are living proof of the indomitable will of human beings to survive and of their tremendous capacity for hope. It is not a story of remarkable people. It is a story of just how remarkable people can be.:

This is a lesson from the Holocaust that is very relevant in 2020: how to remain strong and resilient. On Yom Hashoah, I am going to remember those who continued to hold on to hope in the most hopeless times. And perhaps the young man who complained about my sermon will take a moment on Yom HaShoah to remember the survivors and be inspired by them, because today, we all need to find the courage to overcome our challenges.

Chaim Steinmetz is the Senior Rabbi at Congregation Kehilath Jeshurun on the Upper East Side.