Never too late to say yes to a new adventure 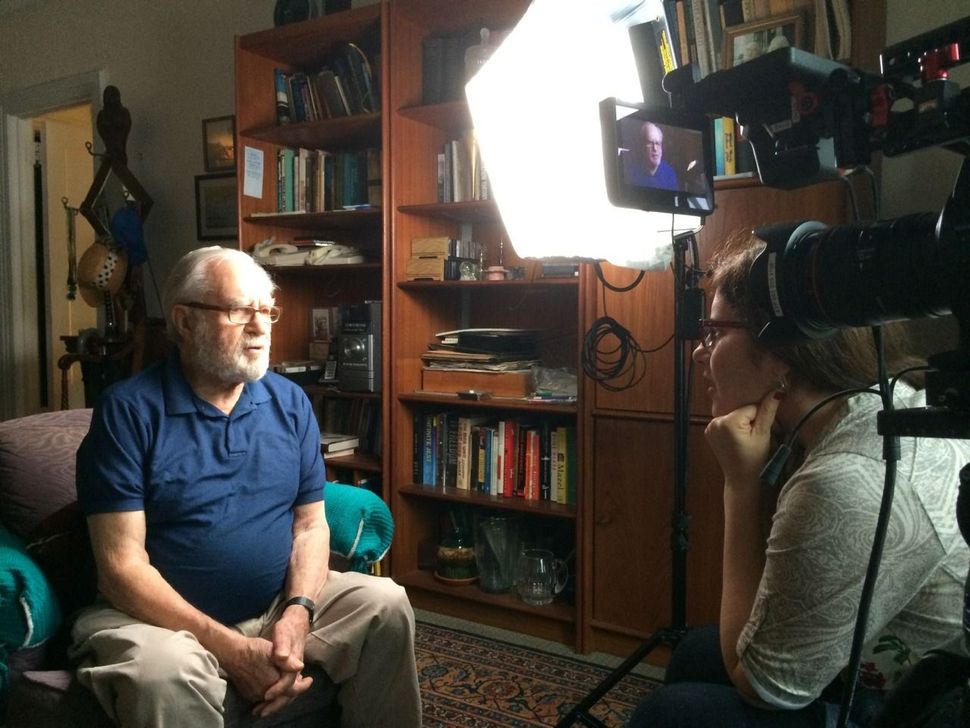 The author interviews Joseph Feingold for her documentary. Image by Raphaela Neihausen 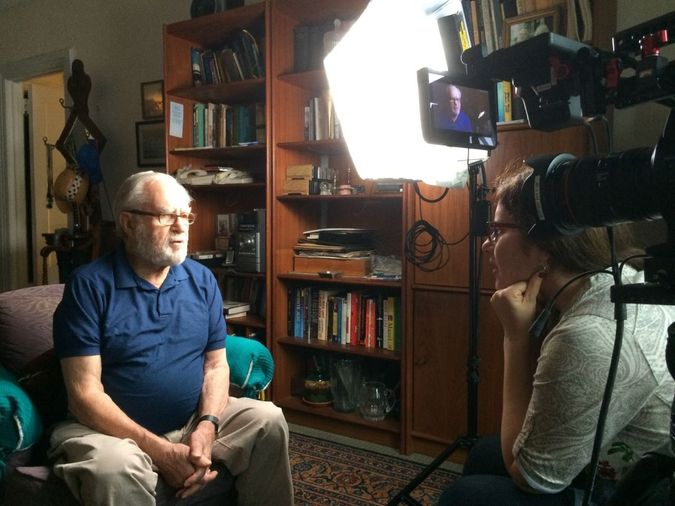 The author interviews Joseph Feingold for her documentary. Image by Raphaela Neihausen

He said ‘yes.’ When I knocked on Joseph Feingold’s apartment door six years ago, he had no idea who I was, but within an hour he simply said ‘yes,’ and it changed both of our lives — and many others.

Joe was 97 when he died last week, of pneumonia and Covid-19. He was 91 when we met, and his ‘yes’ to me was a beautiful, resounding pronouncement -– that it’s never too late for something new.

Back then, in the spring of 2014, I had a burning desire for something new in my professional and creative life. I had been a producer at The Daily Show with Jon Stewart for 17 years, and was itching to return to my roots as a documentary filmmaker. I wanted to go back to telling longer stories that reflected more on the human experience.

I think when creative hunger is at its peak that one’s senses are heightened. So when I heard a brief snippet on the radio on my way to work one morning, it not only caught my attention but held it. As I had done every day for years, I was listening to the public radio station WNYC when I heard a promo urging listeners to donate musical instruments to their sister station WQXR, which planned to distribute them, through the The Mr. Holland’s Opus Foundation, to New York City public school students. “Donate your flute like so and so in Brooklyn or your violin like Joe Feingold, a 91-year-old Holocaust survivor from the Upper West Side” went the brief promo. And that was it.

I was curious – did that violin have a story? At the next traffic light, I wondered whether the student who received the violin would ever know that story. At the following light, I wondered what that student’s own story might be. And as I pulled into the parking lot, the light bulb went off in my head: These strangers are going to be connected by this object, by a musical instrument, whether they ever even know it or not. It was an idea that really moved me. I emailed WXQR that morning, and a few weeks later, there I was at Joe’s door.

When Joe opened his door to me that day, he also opened the door to so much else – the history of his family, his heartbreaking wartime losses, his survival, his resilience, the story of the violin that he just parted with, and, ultimately, his friendship. By the end of that first hour, Joe gave me his trust to tell his story and try to connect some of the dots, even if he himself didn’t see what could possibly be so special about the journey of his violin. We did not know then who would next play the violin, but Joe said ‘yes’ and off we went.

In the six years since, Joe’s “yes” has led me to absolutely wondrous people and places: a remarkable young girl in the Bronx, a passionate and gifted music teacher, an incredible school, and back into the documentary world. The short film we made, “Joe’s Violin,” has screened in theaters, synagogues, churches, schools and libraries around the world, was broadcast on PBS, and nominated for an Academy Award in 2017.

Joe’s life changed as well, as he took the stage at screenings, gave media interviews and enjoyed the company of the loving film family that we all became. He once shared with me that the experience of the film had unexpectedly drawn him farther back into his memories and to ponder deep personal questions about himself.

It is easy to assume that as you get older, that all of your great adventures are behind you. But Joe had a huge new adventure in his 90s.

I remember that day when I pulled into the parking lot thinking, “Wow, strangers are going to be connected by this object.” It never occurred to me that I, myself, was one of those strangers, forever connected to Joe Feingold. Thank you Joe – I hope to say ‘yes’ to the end, like you.

Kahane Cooperman is the director of the Oscar-nominated short documentary “Joe’s Violin.” Her feature documentary “The Antidote” will be released later this year.

Never too late to say yes to a new adventure