Remembering Joseph Feingold – and with him, a whole generation 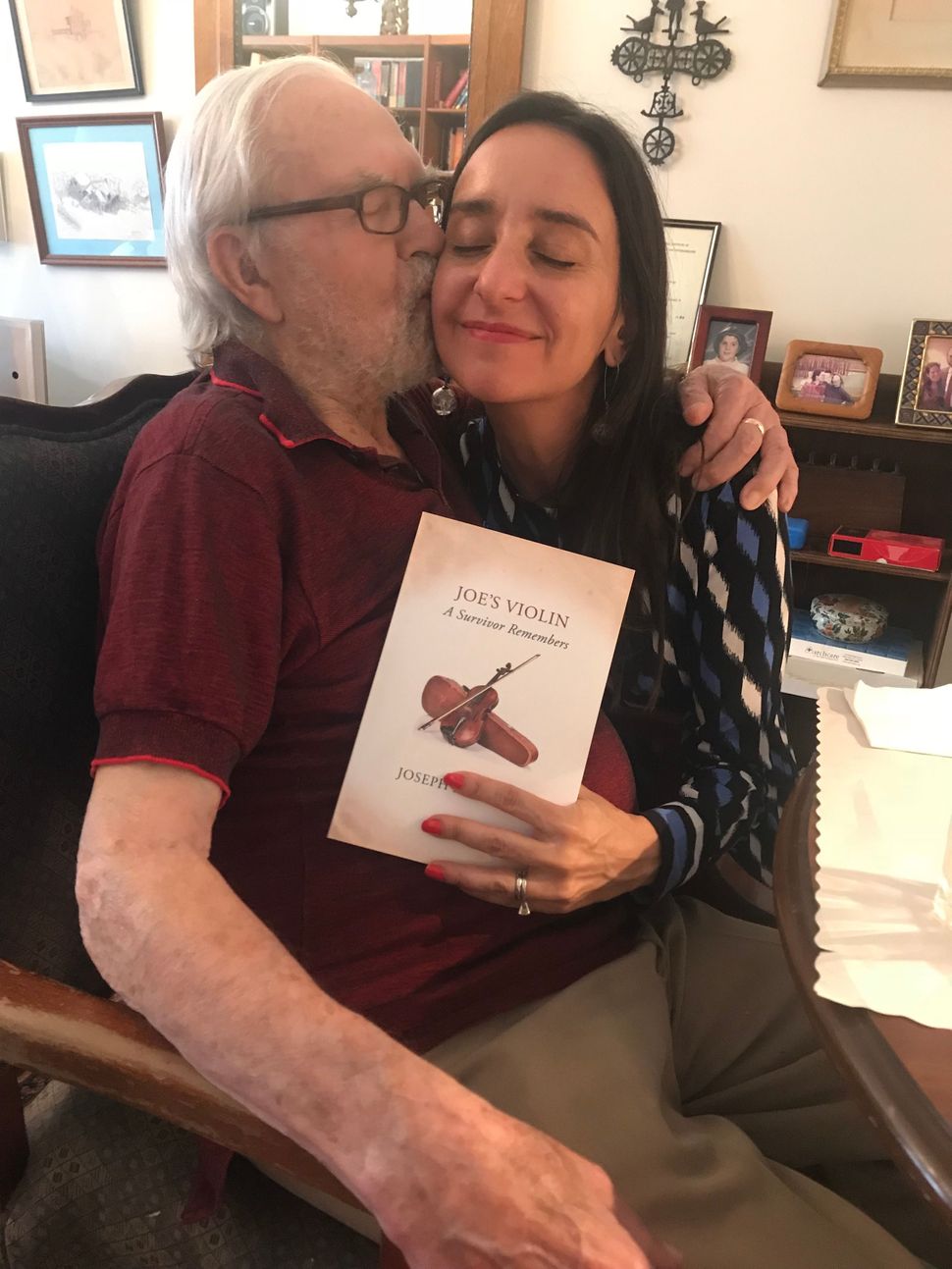 Joe kisses the writer of this essay on her cheek. Image by Courtesy of Raphaela Neihausen 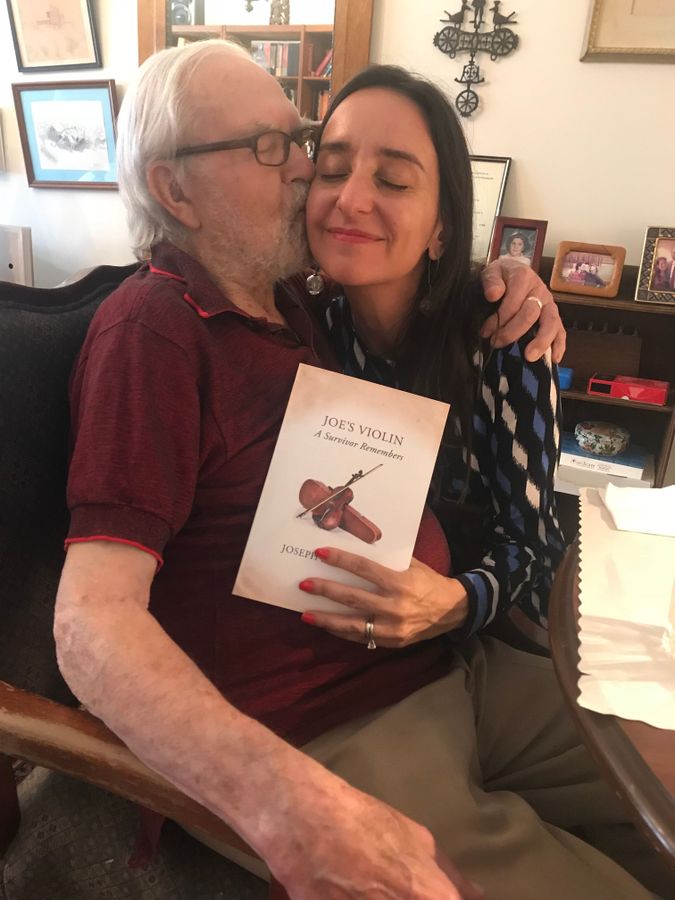 Joe kisses the author on her cheek. Image by Courtesy of Raphaela Neihausen

Joseph Feingold was a brave Holocaust survivor, hardworking immigrant, accomplished architect and generous soul, as the world got to know a bit from the short documentary “Joe’s Violin” that was nominated for the Academy Award in 2017.

But to me, the grandchild of Holocaust survivors and producer of the film, Joseph — who died last week of pneumonia and Covid-19 at age 97 — he represented so much more.

My family lost more than 40 members to the Holocaust in Latvia and after much difficulty, finally immigrated to New York from the Soviet Union in 1972. I was born four years later and grew up very much surrounded by people like Joseph – immigrants and survivors – in a highly musical home; my mother, Aelita, is a singer who has performed her unique mix of love songs and show tunes in 16 languages worldwide.

Working with Joe these past six years was keeping my grandparents and their entire generation close for just a little bit longer.

There were so many shared preferences and gestures between him and my late grandpa Beno. A love for cheese danishes. The undeniable Yiddish accent. A propensity for loud, dry cheek kisses. The ability to disappear into a newspaper, always read with an oversized magnifying glass — the Forverts, in Yiddish, for my grandpa, The New York Times for Joe. A deep appreciation of culture and music — and for dark bread and sprats. A quiet dignity that was carried at all times.

They were men who wore collared shirts and looked their best, even when at home. They always gave tight hugs and firm handshakes. Both were survivors who lost family members to the Holocaust (Joe lost his mother and brother, my grandpa lost his parents and three sisters), yet rebuilt new lives in America without bitterness or resentment – only gratitude for the country’s opportunities.

For both men, music remained their eternal link to the old world they left behind.

As our little film became a surprise hit on the festival circuit, winning a dozen awards, I often said at screenings that I didn’t choose the project, it chose me. When the director, my friend Kahane Cooperman, told me about the story she was working on, I immediately responded that I would produce it — even though I had a young child and was working full-time. The project was filled with all the things I cared most about: the fate of Eastern European Jewry, the New York immigrant experience, and the power of music to connect us to both each-other and the past.

Over the six years since Joseph came into our lives, my mother would often sing Yiddish songs to him, and we’d watch his face completely transform as he’d recollect memories he didn’t even know he was holding. Sometimes he would even be compelled to sing or hum along, despite the caveat that his voice was “not as it used to be”.

When I hear these same songs, I am transported back into my own family’s collective memories and inhabit spaces that I know only with my heart. Yiddishe Mama, Oifen Pripatchik, Mamale – these are not songs, but entire worlds.

I play these songs and tell our stories to my 10-year-old son, in the hope that he will one day do the same for his children and grandchildren.

With Joseph, we are not losing just a man, but a world. But as long as he is remembered, he is not lost.

Remembering Joseph Feingold – and with him, a whole generation