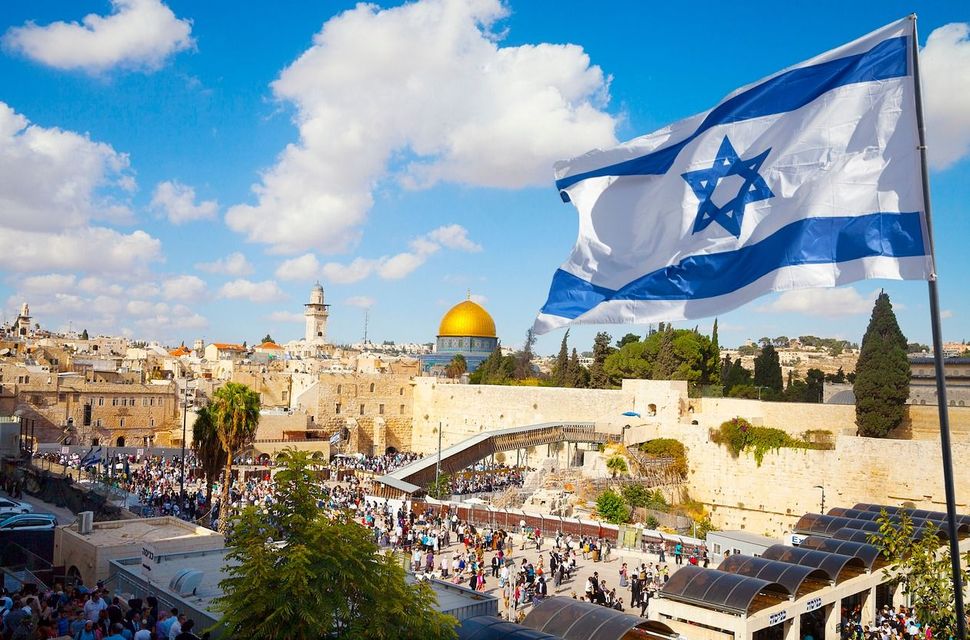 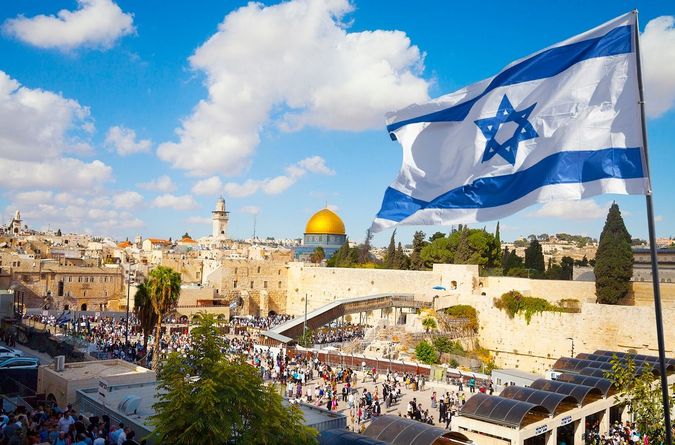 The Israeli flag flies over the Jewish Quarter in Jerusalem’s Old City. Image by iStock

Israelis and Zionists around the world will mark Yom HaZikaron, this year starting on the evening of April 27. Yom HaZikaron LeHalalei Ma’arakhot Israel ul’Nifge’ei Pe’ulot HaEivah, literally: Memorial Day for the Fallen Soldiers of Israel and Victims of Terrorism. This is Israel’s Memorial Day, and it is not celebrated with barbecues but with tears of ultimate grief. Yet as so many Israelis mourn for their precious fallen fathers and mothers, sisters and brothers, sons and daughters, and friends and comrades, it is not the same for Jews outside of Israel.

We may all mourn together on Tisha B’Av and at Yizkor on Yom Kippur but, tragically, it is not the same observing Yom HaZikaron inside the Jewish State as it is anywhere else.

It is our task in the Diaspora to bridge the miles and differences, and to mourn along with our fellow Jews in Israel. We need to work to gain insight into the depth of the loss that so many Israelis feel on Yom HaZikaron. One book that may help is Letters to Talia.

Even though the words in Letters to Talia were penned decades ago, starting in 1971, it is a must-read human document. The Hebrew edition of the book was originally published in 2005 and became hugely popular, but somehow the book never achieved the same status outside of Israel.

Letters to Talia is eerily reminiscent of Self-Portrait of a Hero: From the Letters of Jonathan Netanyahu 1963–1976. Both reveal the tragic loss that Israel has suffered by sacrificing its best and brightest on the fields of battle for generations; nearly 24,000 soldiers will be remembered on Yom Hazikaron this year. Letters to Talia is a collection of correspondence between a kibbutz-born, secular Israeli high school girl and a religious Israeli soldier named Dov Indig, one of Israel’s fallen heroes.

Indig fell in combat in the Yom Kippur War on October 7, 1973, 11 Tishrei 5734, fighting the Syrian army in the Golan Heights. Indig was a dedicated yeshiva student and part of the Religious Zionist movement. Dov attended the hesder yeshiva program at Yeshivat Kerem B’Yavneh, near Ashdod, in which soldiers combine Israel’s requirement for military service with advanced yeshiva based Talmud/Torah study. Kerem B’Yavneh was the first hesder program; today there are nearly 70 such yeshivot.

In early October 2012, a book release event was held in the Knesset for the English edition; Prime Minister Netanyahu and other notables attended. Hagi Ben-Artzi, Sara Netanyahu’s brother, edited the book and figures prominently in numerous letters from both writers.

Many of the letters center around Talia’s desire to put the Jewish religion in context in her life as a modern, thinking young woman and Dov’s answers to her questions, plus descriptions of his army experiences.

What makes the book so moving is not just the emotion that each writer attaches to their search for truth, but the commitment they demonstrate to the Jewish People, their love of the Land of Israel and their faith in the State of Israel.

The topics tackled encompass an entire range of issues, from a then-potential Israeli surrender of Sinai to women’s rights, and from Israeli emigration to the Diaspora to a critique of Western culture. The lands liberated in the Six-Day War feature prominently in the book. Deeply moving trips to these areas are discussed. The reader is left to ponder how these young people developed such a profound closeness to these regions so quickly, gaining a better understanding of the pain these withdrawals have caused many Israelis.

Subjects such as religious coercion and the importance of Israeli settlements are discussed at length. The depiction of their visits to Sinai are vivid and leave the reader with a better sense of what Israel lost when this vast area was surrendered to Egypt at Camp David.

Here are a few random quotes that give a sense of the patriotism of these young Israelis:

Talia: I really envy you that you were on the Golan Heights. I love hiking there more than anywhere else in Israel.

Dov: How fortunate we are that we are privileged to be soldiers in the IDF [Israel Defense Forces], which defends the lives of Jews in Israel and throughout the world.

Talia: We thought that our amazing victory in the Six-Day War would put an end to wars, and that the Arabs would resign themselves to our existence, but it turns out that we made a mistake.

Read the book for yourself — you will be moved by the experience. Grow close to Israel and thank G-d for the blessing of Israeli soldiers.