A wave from the window 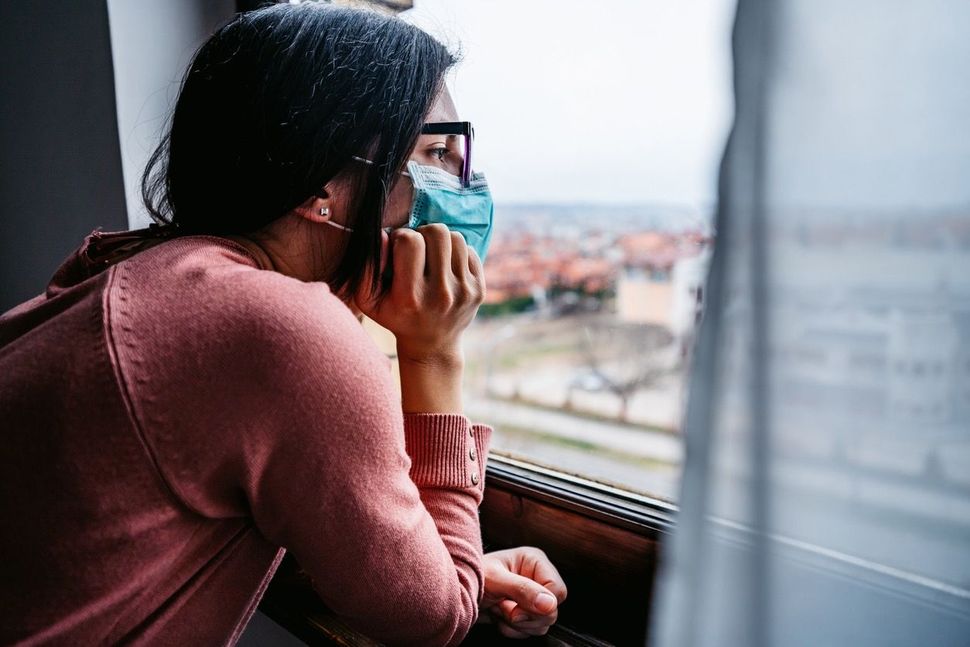 Then, a miracle occurred. A man who couldn’t — or refused — to understand pandemic suddenly catapulted himself into the 21st century. Image by iStock

Last week, Sherri, the “escapades-to-go” coordinator from my parents’ assisted-living facility, emailed to ask if our family would like to be part of a “get out of the car and wave to the window” event. To me, waving to my parents through a window did not sound like much of an escapade, but given that these days a walk to the corner counts as a vacation, I was willing to give it a try.

I looked forward to laying eyes — actual eyes, instead of virtual eyes — on my parents. I haven’t seen them in person since the beginning of March. Two months is a long time to not see people who are 82 and 88 and who have been in isolation. 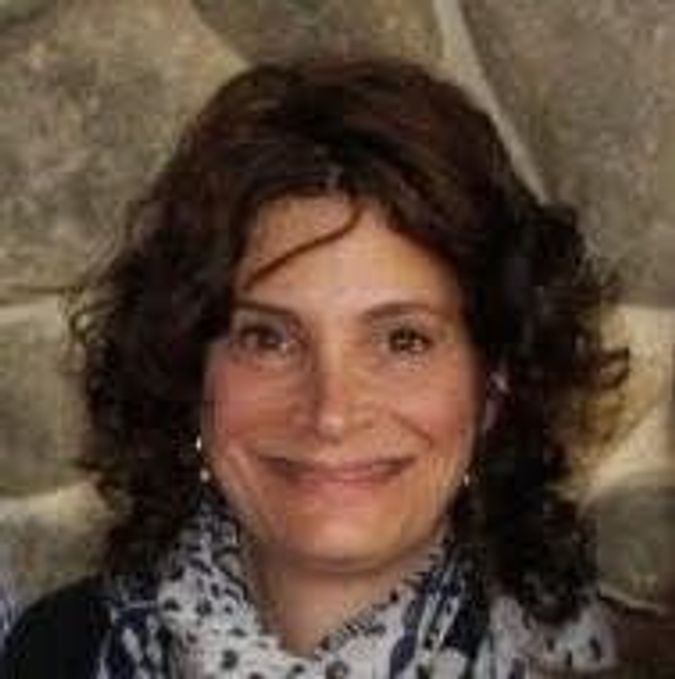 I locked in a weekend waving time, 11 a.m. on Saturday. Sunday is our deep cleaning day, so a wave from the window sounded like a veritable frolic compared to the other things I’ve been doing like cleaning toilets and hosing down recycling bins.

My husband Hal has decided it’s okay to be busy on Sundays but has designated Saturday our day of rest during the pandemic. For me, it’s novel to use Saturday as a semi-Sabbath.

As a child, I didn’t go to temple. My parents celebrated holidays with food and with family but never with prayer. The first time I said kaddish for a family member was when my husband Doug, who was Catholic, died. The cantor at the temple where my sons went to Hebrew School led a service in my home.

Doug was diagnosed with brain cancer in 2000. He was 38 years old; our sons were 6 and 8. We’d been married by a bearded Jewish judge in 1987 — one of Doug’s grandmothers referred to him as “Rabbi” — and we joined a temple when our kids were small. However other than running through the preschool Haggadah every Passover and going to children’s services twice a year, we were not active members of the temple.

In meetings we had with the rabbi before Doug passed away, we apologized for not having been more observant. The rabbi told us that religion can be found in how a community responds to people in need.

By that measure, religion entered our home every time neighbors delivered roast chicken or meatballs to us on Friday nights, or took my husband, who could no longer drive, to radiation treatments. This concept ultimately allowed me to open myself up to a more traditional kind of Judaism than I was raised with, a Judaism that was more community-oriented than faith-based.

Recently, I’ve found my temple’s virtual streaming services a comfort, While it’s difficult to get our challah some weeks — the local bakery sells out if we don’t click fast — we are making our Friday night dinners special, sitting in the dining room and lighting candles.

My parents do not have these options. I don’t think they would be allowed to light candles in their apartment, even if they were inclined to do so. They can’t even keep aspirin.

There are lot of restrictions for the memory-impaired. But if my parents never made room in their lives for what are now, to me anyway, the familiar “lai, lai,lais” that my temple streams Friday night over Zoom, they do understand religion, at least in the way it was explained to Doug and me.

A window wave on Saturday met the rabbi’s standard. It felt exactly like what a community does for those in need.

When I ran the idea by my parents, they were receptive — initially. I told them they’d get to see me, my husband and our mutt as well as two of their grandsons and their girlfriends.

I was thrilled to get everything lined up for Saturday morning, even making sure that my medical school son from Jersey City, who has been masked and gloved for two weeks, could join us in the long-distance hello.

This was the service I thought my parents needed.

When I spoke to my dad Friday morning, I was surprised he remembered. “We’re seeing you tomorrow?” he asked. I reminded him that he could see us from a distance, We couldn’t share a bagel or a hug.

I told him if we came in, it wouldn’t count as social distancing. He said it was okay with him if it didn’t count.

My dad has never been about distance. He was the guy who liked nothing better than to lay on the ground in my house with one of my sons while they worked, nose to nose, to reattach doorstops

“I don’t understand the point of this exercise if we don’t get to be together,” he said. Then he asked my mother to get on the phone, so she could tell me the same thing.

How can I make them understand what is difficult for me to fathom, that exposure to the people they love could be deadly to them?

I realized they wouldn’t get it. 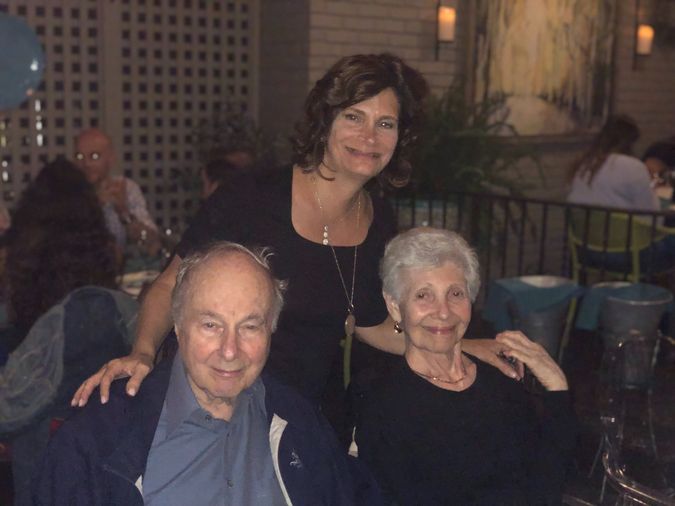 The author with her parents in pre-quarantine days.

Then, a miracle occurred. A man who couldn’t — or refused — to understand pandemic suddenly catapulted himself into the 21st century.

“Why don’t we have a video call instead?” my dad asked.

We had done one of these calls for the first time ever to celebrate my dad’s 88th birthday mid-April. Ten people sang “Happy Birthday” to my dad, including a niece he hadn’t seen in more than ten years.

“Who thought of this?” he kept repeating. “We’re all here. This is amazing.”

So, we did it again on Saturday. And we will do it again this coming Saturday.

While my father can’t hold on to the intricacies of what it means to be socially distant, during these tough times at least he can hang onto this.

This is our new religion.

A wave from the window