‘Mom’s kitchen smelled of fresh cooking and cigarettes,’ an ode to my first-generation mom 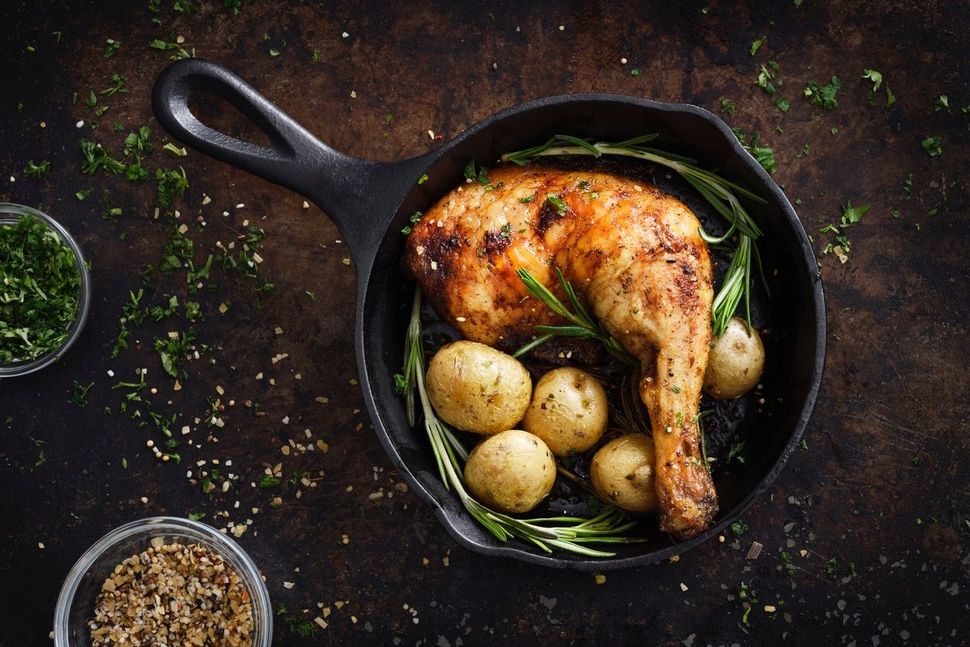 She loved wintertime songs, so many written by Jewish immigrants and their firstborn. Image by iStock

I’m a baby-boomer. American-born Mom was the child of Polish Jews scrapping by through the Great Depression in the land of plenty. They lost everything. Nothing went to waste ever again. We barely threw out a garbage bag once a week.

Mom was a true-blue American tomboy, loving baseball. Her favorite times of year were the baseball and holiday seasons. I’m sure she danced in her grave when the Cubs won the World Series. She smoked three packs of cigarettes a day but not one smoke on Shabbat. But she never missed a Cubs game on television while my father turned a blind eye. I can hear her crying because the pandemic is sickening the 2020 baseball season.

She loved wintertime songs, so many written by Jewish immigrants and their firstborn. The music reminded her of good times during a rocky early life. Judy Garland’s rendition of “Somewhere Over the Rainbow” captivated Mom. Carl Sigman’s 1949 lyrics to “A Marshmallow World,” performed by Bing Crosby, Ella Fitzgerald, Dean Martin, Arthur Godfrey, and half-dozen more artists, always brought a smile to Mom’s face:

It’s a marshmallow world in the winter
When the snow comes to cover the ground
It’s time for play, it’s a whipped cream day
I wait for it the whole year round…

Mom’s spirit signature was “I’ll do it myself.” And, never boorch (to complain), especially about America. These were her declarations of independence. She married a German Jewish immigrant in the 1940s. He spoke only German. Mom cut the grass on hot summer days after watching father do it in a suit and tie. Mom spoke English and a smattering of Yiddish. I can’t explain how they hooked up, but they thrived on mutual respect and love.

Mom’s kitchen smelled of fresh cooking and cigarettes. Holiday radio music played in the background when she cooked in the dark, early-morning hours for Shabbat between Thanksgivings and springtimes. It was deep winter cold, icy and windy Chicago. The kitchen window was frosted from the hothouse steam, and we drew hearts, wrote our names on the panes, and laughed together.

She koshered zaftig (juicy and succulent) fresh chickens bought from the neighborhood shochet (slaughterer) every Thursday. Mom cleaved them into quarters, heavily smothering them in Morton Kosher Salt (the blue box with the young, umbrella-holding girl in a short yellow skirt). My little sister and I cringed watching the mix of watered-down blood oozing into the sink. The chicken pieces and the sink were washed down with boiling hot water after an appropriate amount of time.

Some chicken pieces were plunked into a large pot bubbling atop the gas stove. Adding fresh vegetables and marrowbones, Mom concocted the greatest pharmaceutically curing and greasy chicken soup (next to my wife’s). Some quarters were roasted in a flat pan – never broiled or BBQed.

By ten at night, the soup cooled down, and the pot was stuffed into the icebox (but that’s another story). By seven A.M. Friday, out came the pot, with a good inch of fat congealed on top that you get only from fresh chickens. Christmas holiday music was playing on the radio, interrupted only with news about the Korean War or the Cold War with Russia.

A frying pan was making sizzling sounds by the time I made it down to the kitchen. Mom scooped off the fresh chicken fat, plopping each yellowish schmaltzy spoonful into a fry pan smeared with Crisco before the advent of non-stick pots and pans. The crackling frying fat smelled fantastic, and its sounds kept to the beat of the music.

Crisco was a cheap, white, Proctor & Gamble vegetable shortening introduced in 1911. Its ingenious marketing tag proclaimed that the “Hebrew race has been waiting 4,000 years” for Crisco. The frying fat separated into crunchy popcorn-like morsels now called grebenese. Mom mixed it with her fried onions, sprinkled with salt and pepper, to create the original comfort food. Grebenese was hot and ready to eat.

Mom poured grebenese from the frying pan into a large bowl lined with paper towels to absorb the grease. All this happened by eight a.m. before we left for school. Breakfast of hot chocolate, grebenese, and fried fresh eggs readied this ten-years-old patrol boy to face winter at its worst.

Okay – the radio music. Live disc jockeys introduced songs, naming the writers and performers, while loading vinyl records onto players. Jews loved the holiday season music because it was inspirational, and the writers were often children of the Tribe: “Let It Snow,” “Chestnuts Roasting on an Open Fire,” “White Christmas,” and that one about Rudolf, though it was unlikely that any Jew had seen a live reindeer. For Mom, the music was decorous, not religious, personifying freedom and the American spirit.

There were other songs, too, that stirred the emotional stewpot. Mom wondered how Judy Garland could not be Jewish. Ms. Garland is now buried in the Beth Olam section of a Los Angeles cemetery reserved for Jewish people. Several seemingly reliable pundits tell the rest of the story. In ”A Journey into the Holocaust,” “Somewhere over the Rainbow” is about Jewish survival and the founding of Israel. Lyrics by Yip Harburg (Isidore Hochberg), who also wrote “April in Paris” and “Brother Can You Spare a Dime,” was born to Russian Jewish immigrants. Yip grew up in a Yiddish-speaking Orthodox Jewish home in New York.

Harold Arlen (Hyman Arluck), a cantor’s son, wrote the score. “The two men reached deep into their immigrant Jewish consciousness – framed by the pogroms of the past and the Holocaust about to happen – and wrote an unforgettable melody set to near prophetic words.” Read the lyrics in a Jewish context. They are about not wizards of Oz, but Jewish survival.

Someday I’ll wish upon a star
And wake up where the clouds are far behind me.
Where troubles melt like lemon drops away above the chimney tops
That’s where you’ll find me.

Jews heard of a land “once in a lullaby,” but it was not America. It was Israel. The lullaby is the story of the exodus from Egypt, annually read the first night of Passover. It is the most observed precept among Jews. A decade after the publication of “Somewhere over the Rainbow,” the exile was over with the rebirth of the modern, defensible State of Israel. Dreams Mom dared to dream really do come true.

Dr. Harold Goldmeier is a public speaker and writer teaching business and politics to international university students in Tel Aviv and Jerusalem. His book ”Healthcare Insights: Better Care Better Business” is available on Amazon. His articles and reviews appear on American Thinker, Arutz 7, Life in Israel, the Jerusalem Post, and more. He was a research and teaching fellow at Harvard.

‘Mom’s kitchen smelled of fresh cooking and cigarettes,’ an ode to my first-generation mom