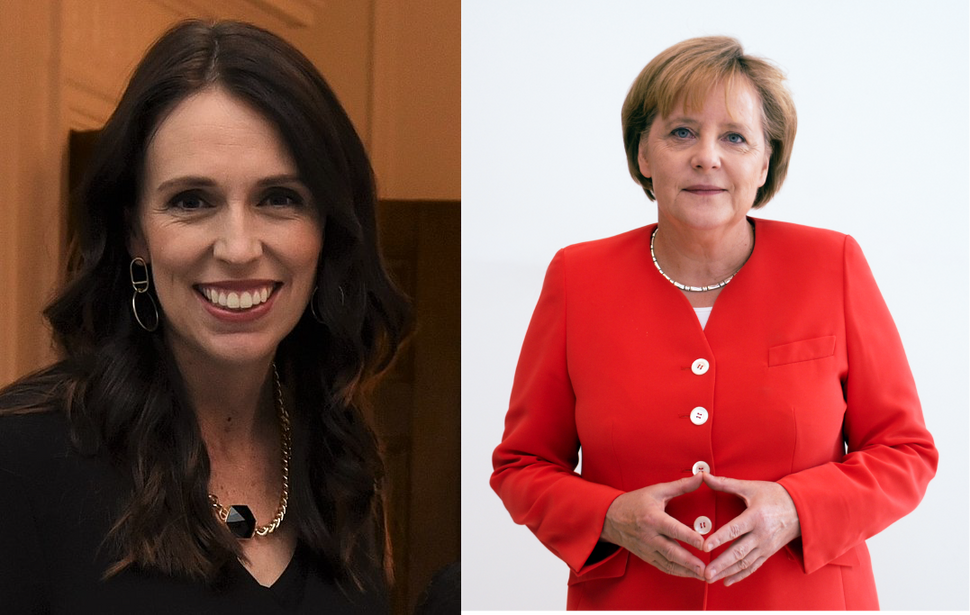 In every generation, leadership is forged by crisis. While the COVID-19 pandemic gives rise to fear, grief and uncertainty, women-led organizations around the world are answering the call. Women leaders, including heads of state, as well as key players in business, science and philanthropy, have been doing some of the most important work combating the virus. This is not a new phenomenon. Women have always been on the front lines.

Henrietta Szold, the founder of Hadassah, found her life’s work during a trip to Palestine in 1909, when she was 49. A rabbi’s daughter and an enterprising educator, she studied at the Jewish Theological Seminary but, as a woman, couldn’t enter her father’s profession. In Palestine, she met children suffering from trachoma, an eye disease that can lead to blindness. In New York City, Szold recruited six other women to found Hadassah, a volunteer organization dedicated to improving health care in Palestine. In 1913, she returned there with two American nurses, Rose Kaplan and Rae Landy. They set up a small public health station in Jerusalem to treat trachoma and provide maternity care.

Henrietta Szold would have had a lot to say to Dr. Deborah L. Birx. As leader of the White House coronavirus response team, Birx takes the pandemic personally, in part because she lives in a four-generation household with her parents (ages 91 and 96), her husband, one of her two daughters, and the daughter’s husband and children, the youngest only 9 months old. Birx knows full well that each of them is dependent on the others for survival. At the White House podium, as she told the Washington Examiner: “We’ve really been focused on who is the most vulnerable and who needs to be protected, and ensuring that every family understands that.”

On March 25, Birx told the story of her own grandmother, Leah, who she said lived with a lifetime of guilt after bringing the flu home from school. Leah’s mother became one of the estimated 50 million people to die in the 1918 Spanish flu epidemic. Leah “never forgot that she was the child” who had infected her mother. “My grandmother lived with that for 88 years,” Birx said. “This is not theoretical. This is reality.”

And so, on May 3, when she was asked by Fox News correspondent Chris Wallace how she felt about protesters who were demanding that their states “reopen,” Birx didn’t condemn the protesters (which would have become an incendiary — and counterproductive — soundbite). Instead, she paused, then said, “It’s devastatingly worrisome to me personally. Because if they go home and infect their grandmother or their grandfather and they have an unfortunate outcome they will feel guilty for the rest of our lives.” Not theoretical. Reality.

Dr. Birx has a powerful ability to convey critical information by telling relatable stories. But she backs her personal anecdotes with expertise. An immunologist and a colonel in the U.S. Army, Birx was stationed at the Walter Reed National Military Medical Center in the early 1980s. There, she treated some of the country’s first AIDS patients, leading her to collaborate with the Centers for Disease Control and Prevention and the National Institutes of Health on research into the retrovirus, and eventually to run one of the most influential HIV vaccine trials in history. In 2014, she was appointed by President Barack Obama to head the President’s Emergency Plan For AIDS Relief. Vice president Mike Pence appointed her White House Coronavirus Response Coordinator in February.

Birx is not alone. Women, even women with multiple degrees and resumes that go on for pages, know that sharing personal information isn’t unprofessional. In fact, because of its effectiveness, it can be the MOST professional way to educate and motivate. Speaking from the head doesn’t preclude speaking from the heart.

New Zealand Prime Minister Jacinda Ardern has been hailed globally for handling the coronavirus crisis with both. After declaring a lockdown for all but essential workers, she told her country’s children, “You’ll be pleased to know that we do consider both the Tooth Fairy and the Easter Bunny to be essential workers.”

Jennifer Curtin, director of the Public Policy Institute at the University of Auckland in New Zealand, said Ahern and other prominent women have proven that one “can actually lead with both resolve and kindness.”

Norwegian Prime Minister Erna Solberg imposed an early lockdown, which has kept her country’s infection rate low. But she hasn’t neglected the human side of her message to Norwegians, especially children. “It’s okay to be scared,” she said soon after the country’s schools shut down. She said she missed hugging her friends. As she later told CNN, “We think children should feel they are taken seriously in a crisis like this.”

Other female heads of state include Chancellor Angela Merkel of Germany, President Tsai Ing-wen of Taiwan and Prime Minister Katrín Jakobsdóttir of Iceland. Merkel, normally businesslike and to-the-point, has used the pandemic as an occasion to speak from her heart. Every death, Merkel said in a televised address, is “a father or grandfather, a mother or grandmother, a partner. It’s people,” she said. “And we are a community in which every life and every person counts.” Constanze Stelzenmuller, senior fellow at the Brookings Institution, praised Merkel’s remarks as “empathetic and personal.”

And effective. Merkel has kept the spread of COVID-19 in Germany at levels other countries have been unable to achieve. The outbreaks in Taiwan, Norway, Iceland and New Zealand have been similarly muted.

In an editorial on CNN.com, Leta Hong Fincher, the author of several books on gender inequality in China, wrote, “It’s too early to say definitively which leaders will emerge as having taken enough of the right steps to control the spread of coronavirus — and save lives.” But, she wrote, “a disproportionately large number of leaders who acted early and decisively were women.”

Hadassah, an organization by and for women, has always been ready to help in times of crisis, through its work at medical facilities in Israel, where, not surprisingly, almost half of all doctors are women. In the U.S. it has trained generations of women leaders to support that work in Israel, and to fight for women’s health around the world.

In mentoring the next generation of women leaders, Hadassah will never forget the power of personal experiences. Younger women will learn from women who have already weathered crises, that tough times require empathy and expertise in equal measure.

Dr. Janice Weinman is the Executive Director/CEO of Hadassah