Still seeking ‘a more perfect Union’ this Fourth of July 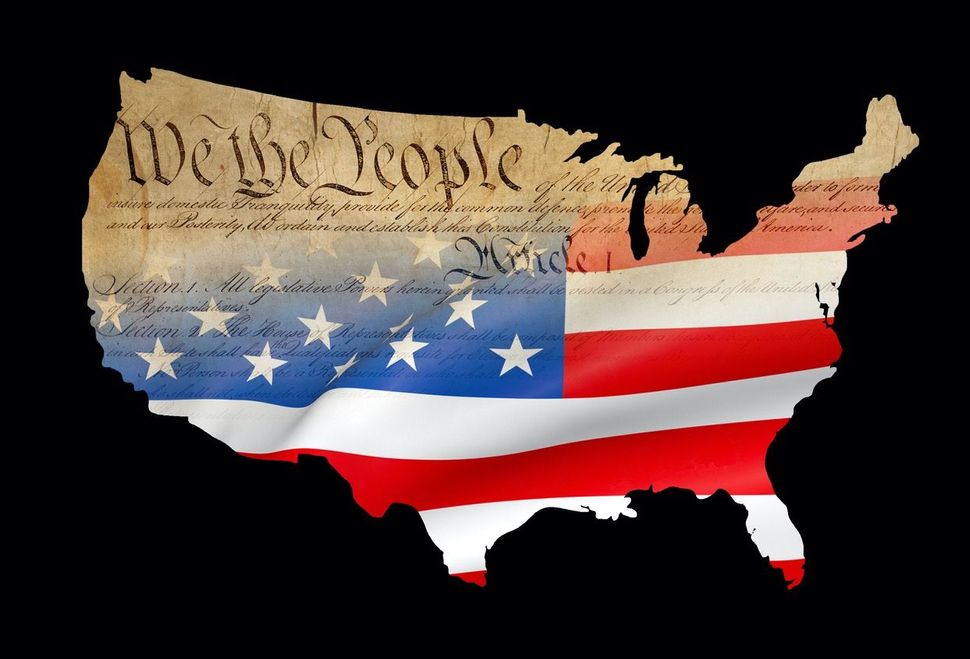 There is no argument I can muster for why any single statue — not one — of a Confederate leader or “war hero” should appear anywhere in this country. Image by iStock

This week we celebrate the 244th anniversary of our nation’s founding — a founding based upon the revolutionary notions that a colony is entitled to self-determination and that people are entitled to certain inalienable rights.

This year also marks the 401st anniversary of the first arrival of slaves — human chattel — on our nation’s shores.

These two narratives — one of the aspirations that elevate human dignity and one that tramples over any concept of human dignity — both inform and shape the country in which we live.

Recent events have forced a self-examination of some of our basic societal structures, beginning with how America approaches policing. They also have sparked a national debate on how we might be able to continue to expand rights, privileges, opportunities, and equitable treatment for all our citizens. This debate will call upon all of us to confront problems and work together to address them in constructive and respectful ways.

As we think about this great national debate, we should remind ourselves that the America that was envisioned in the summer of 1776 was not ever assumed to be a finished product. Indeed, when the Constitution was adopted in 1789, taking the place of the insufficient Articles of Confederation, the framers said as much in the Preamble. They did not presume to create a perfect, completed project. They sought “to form a more perfect Union.” Not a perfect one. Just a better one.

Many scholars suggest that the revolution was not in fact “completed” until the Civil War was fought and the phrase “these united states” became “the United States.” In fact, even the Civil War was incomplete without the “Civil War Amendments” granting universal freedom, equal protection, and voting rights (but for men only) in the 13th, 14th and 15th Amendments.

What we all know too well is that the unreconstructed states of the South never fully accepted this formulation, and a century and a half of continued oppression, denial of rights, and degradation followed — not just in the South, but throughout the country.

In the 70s, we thought that the Civil Rights Act of 1965 finally “closed the book” on equality under the law. What we now know is we were wrong. Translating aspirations into actions proved more difficult than one thought. Add to that the failure of our system of public education, our dependence upon incarceration as a means of ordering society, and numerous other failures, and it is hard not to conclude that we are now in need of some major fixes.

One place where change is being demanded is in how we understand our history — how we create and pass on the myths of our civilization — stories and images that remind us, and teach our children, who we are. One place where this plays out is in public art and the naming of our institutions.

There is no argument I can muster for why any single statue — not one — of a Confederate leader or “war hero” should appear anywhere in this country, in any guise, for any reason. Period. Some would say that anyone who was a slaveholder or who harbored bigoted views of any kind should similarly be relegated to the dustbin of history. With respect to some of them, a more nuanced approach may be warranted.

Was Thomas Jefferson great? In many respects he was — or at least he had ideas that were. He, as much as any of the founders, articulated the high ideals upon which this country was founded. But, of course so did John Adams, Alexander Hamilton, and Benjamin Franklin, and they did so without having slaves.

Jefferson was an imperfect man, but imperfect within the context of his times (which, we should remember, was several generations before the Civil War was fought). But while this might explain his actions, they do not justify his actions. His culpability in the perpetuation of slavery must be studied along with his good works — just as the culpability of the ships’ captains, the English companies that financed the ships, and all who participated in the deportation of people as chattel should be part of our curriculum.

The case that there are aspects of Jefferson that can be admired, while others can be vilified, cannot be made for the likes of Jefferson Davis. Jefferson aspired to something but did not have the courage to live it. Davis aspired to continue an immoral system, as a traitor to his country. His name, and those of Robert E. Lee, Stonewall Jackson, and Alexander Stephens, should not be celebrated in public sculpture.

Similarly, the men whose names were given to Forts Benning, Bragg and Hill are names to be vilified and not celebrated. Traitors all. But even that is not enough. We need to study how these forts were named. They were not memorials of family members or brothers in arms. They were named between 1917 and 1942 — the first a full 52 years after the Civil War ended, when the Klan was in its second ascendancy. They were built as monuments to traitors and in perpetuation of the evils for which they stood. Their very existence is an affront not only to Black men and women, but an affront to all of us.

Is it ever acceptable to venerate those who participated in such a vile enterprise as slavery? I think we can celebrate their good acts while condemning their sins. For this, the Torah provides some guidance. Its stories are replete with imperfect — even immoral — actors.

Who among us would want Abraham, a man who nearly sacrificed his own innocent son, as their father? And how do we reconcile King David, leader of the Israelites and progenitor of the Messiah, with the man who cheated with his friend’s wife and then sent that friend to the front line, to be killed in battle? I think the bible is teaching us that we are all imperfect, even the greatest among us, yet there is divinity in each of us. None of us is beyond reproach. As Jesus said, “He among you who is without sin, let him cast the first stone…”

So here we are, again trying to reconstitute the United States as a truly just nation. It is a nation of imperfection, yet a country of nobility and myriad accomplishments. We can celebrate the country that is a beacon of liberty, that fought fascism and Communism, that stands for great goodness, while not shirking from its flaws.

I am heartened by the fact that much of the language being used by people in this ongoing national reexamination is language that adheres to the ideals established by a bunch of guys in funny wigs who aspired to be “more perfect” nearly 250 years ago, with all the imperfections of their time but with hope for the future. In their time, they were visionary. It is now incumbent upon us, in our time, to be visionary and put our divisions aside to form “a more perfect union” still.

Still seeking ‘a more perfect Union’ this Fourth of July