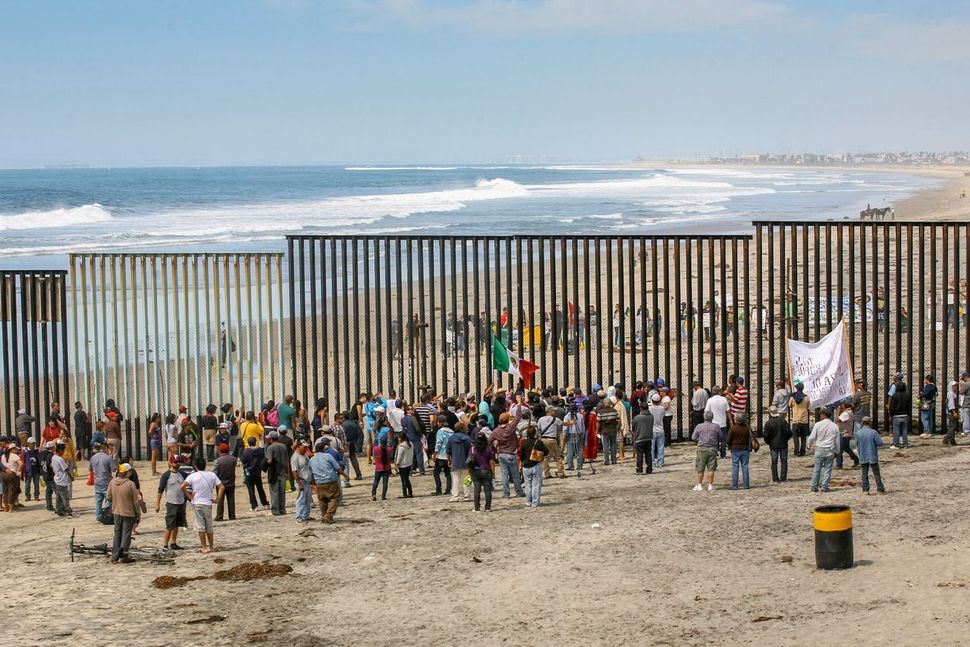 People gather in Tijuana, Mexico by the border wall. 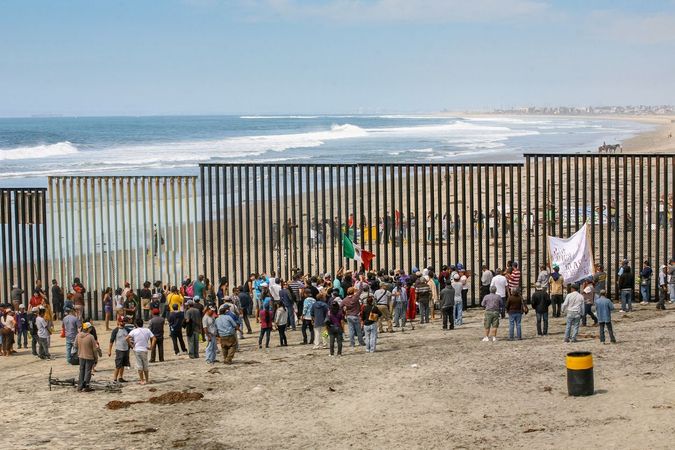 People gather in Tijuana, Mexico by the border wall. Image by iStock

When we traveled with congregants to the U.S/Mexico Border over a year ago to bear witness to the brutality being perpetrated, we didn’t imagine we’d confront a strikingly modern version of our own ancient story — our religious narrative — of trying to escape degradation for a chance at dignity. But that’s precisely what we found for so many fellow humans desperately seeking American shelter.

Even after the Israelites had escaped Egyptian slavery, and journeyed through the desert, they faced more hurdles. Each nation they encountered, they asked for safe passage, promising little to no impact. And each time, unless God intervened, the Israelites were met with, at best, a firm “you may not pass.” At worst, there was an army waiting to fight them off (Numbers, 21).

These Israelite stories were recorded not only to detail the arduous post-slavery journey, but also, it seems, to remind the reader of what it should mean to be a powerful nation with the capacity to be generous and kind to those who need entry or safe passage.

Instead, we in the United States have, as a nation, chosen a different path. When we crossed the border, over a year ago, the significant barriers to asylum and the over-enforcement of arbitrary policies already made achieving asylum beyond difficult. And we have now learned that our government will intensify its unjust treatment of asylum seekers via new rules proposed recently by the Department of Homeland Security and the Executive Office for Immigration Review. These changes will make it nearly impossible for asylum to be granted.

Immigration judges would be allowed to deny asylum applications without a hearing. Anyone who fills out an asylum application without the advantage of a lawyer, or who isn’t familiar with asylum law, or doesn’t speak English, would be seriously disadvantaged. If a judge finds an application lacks merit, the asylum seeker would never have their day in court.

Terms like “persecution” and “political opinion,” which once helped people prove their need for asylum, would be redefined in a way that would make most applicants ineligible. Threats would have to be “extreme,” and “political opinion” could only relate specifically to political control of government. Torture would no longer be considered torture if committed by “rogue” officials. This would eliminate protection from persecution by non-state actors, such as gangs or armed groups. Asylum seekers from Central America would be deeply impacted, and most of their claims would likely fail.

Major categories of asylum seekers would be barred from obtaining protection: victims of gender-based violence (women fleeing rape or domestic violence, LGBTQ individuals facing deadly attacks), victims of gang-based persecution, people who travelled through more than one country on their way to the United States and people who paid their US taxes late.

These rules would be devastating to future asylum seekers, but also to more than 800,000 people currently in the US who have asylum applications pending.

That’s why it is so critical that we, the people, make our voices heard. Until July 15 (tomorrow!), public comments on this regulation can be submitted online. There’s still just enough time to make your voice heard.

There are moments of policy making in this country that beg us to ask: Is this who we want to be? Is this how we would want to be treated in a similar situation? Is this the America we love, honor and defend?

Of course, there are so many critical needs right now to which we are responding—racial injustice, anti-Semitism, corruption and a world-wide pandemic that is surging here in America. To ask for more from each of us is not done without understanding the many directions in which we’re all being pulled, but feels urgent nonetheless.

Because once again, we have the chance to define the height of our greatness by the depth of our goodness.

Once again, it is we the citizens who must protect this country from actualizing its worst self.

Once again, we must step forward to demand a different path.

Once again, lives truly depend on it.

Rabbis Lauren Holtzblatt and Aaron Alexander are Senior Rabbis of Adas Israel Congregation in Washington, DC. You can find their daily teaching and reflections during COVID-19 on Adas Israel’s website.