Two women of valor and a rental rabbi 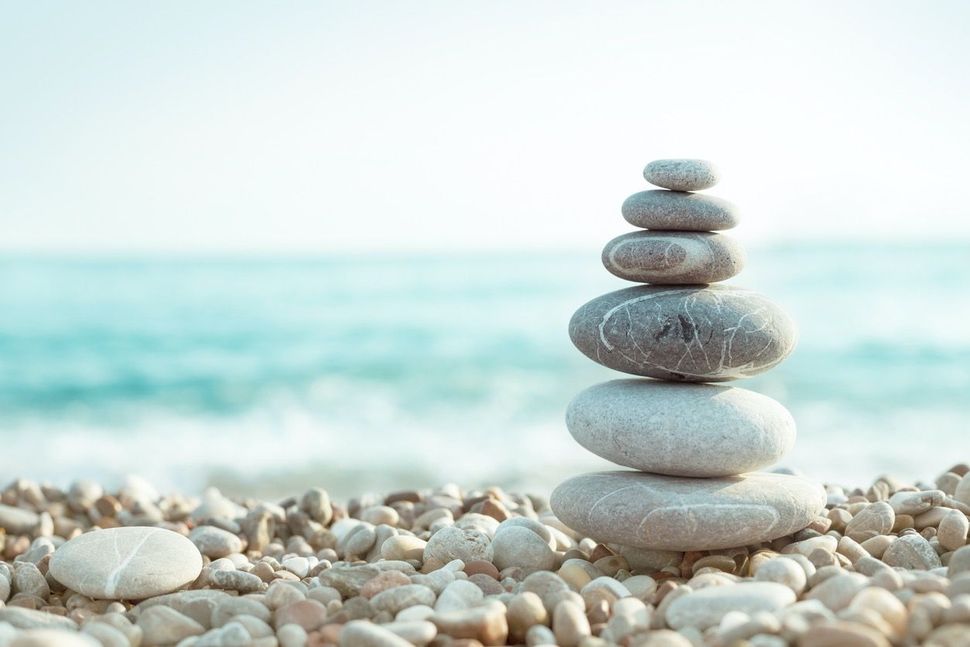 We had thought we were going to lose her each of the past two summers, but she fought back hard and persevered. Image by iStock

We decided that it was our job to fill in our mother’s grave. In the time of COVID, funeral protocols dictated that you either give a ceremonious shovelful or two and back away or do the whole deed. And we were told to bring our own shovels as a safety precaution.

So there we were at Beth David Cemetery in Elmont, Queens, under the blazing sun, with our shovels in hand, one Jewish man, three Jewish women, a Muslim man and boy, and two Catholics: our family, marching toward the gravesite with determination and shovels to bury Mother.

We had rented a rabbi from the funeral home to help us through the difficult task ahead. Mom was not religious. She was modern, first-generation, liberated. Rabbis were men who told you what you couldn’t do. But Mom had wanted a traditional burial, with a plain pine box and linen shroud. And we wanted soft murmurings of Hebrew prayers and the firm kind hand of tradition to guide us.

When Rabbi Witkis first called, my siblings Mimi and Michael and I were sitting in the living room just an hour or two after Mom’s heart had stopped beating and she had exhaled her last breath.

“Irene! How’re you doing? It’s Rabbi Witkis!” He shouted. “I hear you want a graveside funeral! You know that is a very short service?”

“Yes Rabbi, but we want to say some words, my brother wants to sing a song, and we want the traditional prayers.”

“Of course, of course. I’ll give you a Kaddish! it’s your Mother’s funeral, it’s great that you want to speak. Just don’t go on ad infinitum — OK?”

OK, fair enough, as a little red flag went up. But when you rent a rabbi at the end of a life, you keep your expectations modest. Plus, he promised to say Kaddish with our unorthodox brood.

Mom was an eshet chayil, a woman of valor, who’d had a long happy life of 90 years. We had thought we were going to lose her each of the past two summers, but she fought back hard and persevered. She had determination, a personal trainer, and salsa dance lessons a month before she died.

We first realized she would need help when we came to outdoor distance-visit her at her senior residence and she didn’t come downstairs, and then a few days later came down in her nightgown.

We learned that the lymphoma she had kept at bay for seven years had infiltrated her brain. Her oncologist gave it to her straight — two weeks, you will get progressively weaker every day, and there is no treatment. She wrapped her head around it. And she asked me to call him back to thank him for not sugar-coating it.

My brother Michael set up cameras around the apartment so we could see her. Then each room got an Alexa so she could call on us. We quickly realized she needed round-the-clock care. The first lady got sick on her; the second had competing priorities. Cheili was the third — a good Muslim woman from Guyana who knew her way around the terrain. Each day as Mom got progressively weaker, she gave Mom as much agency as she could manage.

Breakfast, lunch, and dinner at the table, with bathroom and naps in between. Up and into the chair and then to the bathroom and then bed, then up every hour, no shortcuts. Nights listening for Mom to bang on a pan with a spoon to let us know she needed help. Then later, with a baby monitor, listening all night to Mom’s breathing.

Mom was a periodontist’s dream; she had been the first person on the block to buy an electric toothbrush in the 1970s and had used it assiduously twice a day ever since. In Mom’s last weeks, one or the other of my siblings and I, with Cheili, would lift Mom to standing position at the sink and hold her up from behind while she slowly and fastidiously micro-brushed around each tooth. Twice a day. “No rush, Mom, take your time We got you.” Then don’t forget the face cream, and a different cream for under the eyes. And if we were taking her outside in her wheelchair, Cheili would insist on lip gloss and cheek blush, “so the other residents won’t whisper bad things about her.”

Cheili would instruct us where to put our hands, when and how to turn Mom every few hours and would point out any troubling or portentous signs. She would talk about others that she’d helped get to the next world as a gentle way of telling us what to expect. She told me about a Jewish man named Herman whom she had cared for in his nursing home. She said she was alone with him when he died, and she left the room to pray from the Koran and give him the privacy she felt he needed, while waiting for the doctor to pronounce death.

She told us to talk about our siblings and say their names to Mom even when one or the other of us was taking time off. She told us to ask for her forgiveness.

She asked Mom to give her the courage to do what she needed to do. She told Mom, “Michael loves you Mimi loves you, Irene loves, you Cheili loves you, Annie.”

Two days before the end, the hospice nurse said it was time to stop food and water. It was arduous to administer; Mom couldn’t always swallow it and no longer needed it.

And the last day, 14 days after the stern decree, we heard Mom’s breathing was quieter, then louder. We went in the morning to wash her and put a fresh gown on her. Her breathing was labored, and we could see her heart beating rapidly. I gave her a spoonful of water which she didn’t swallow but somehow absorbed. Cheili said, “Give her another spoonful and tell her it is from her other daughter, Mimi, and another spoonful from her son Michael.” And she said to Mom, “Annie, please bless your children.” And she said “Annie, bless Cheili, that she finds another good Jewish family to work for like this family.” And she said, “Annie, it’s OK, you can go home “

I had been standing at Mom’s feet, then looked up and saw that her chest was still.

When we drove into the cemetery, we could see that Rabbi Witkis was quite old. He was sitting on the seat of his walker, wearing a bright yellow tie with blue sharks on it and a black baseball cap that said “BOSS.” He came to my car window to implore me, “It’s hot, we will have to make this quick.” We drove to the family plot, which was dominated by an enormous granite stone with just the family surname inscribed. There were footstones of grandfather, grandmother, and father, covered by a mountain of dry sand. And then the grave, into which, per COVID precautions, Mom’s plain pine casket had already been lowered. Not much room to stand, even for us, a small motley crew with shovels.

My folk-singer brother stood there, head covered by an enormous hat with earflaps, guitar in one hand and shovel in the other. Rabbi Witkis goes up to him, and nose-to-nose, eye-to-eye says, “Michael, it’s great that you want to do a song. But we can’t take too long, right Michael?”

And Michael, good son, compassionate soul, mild-mannered music teacher of young children, wouldn’t hurt a fly, stares back for a good few seconds with a squint worthy of Clint Eastwood, and says, slowly and deliberately, “Rabbi, You can stay, or you can leave if you need to. But we are burying our mother, and it’s going to take as long as it takes.”

And it’s hot. And Witkis reads in English from “Woman of Valor.” “Many women have done superbly but you surpass them all, MOM!“ he bellows. My wife and I croak out Psalm 23, “Mizmor L’David,” in our stumbling Hebrew. Michael plays a Pete Seeger song on his guitar. My sister gives a heartfelt eulogy “My Mother, my strength, my rock, my friend…”

We put our backs into our work, and filled the grave, as the cemetery workers stood back respectfully. We bade adieu to Rabbi Witkis, thanked him, and wished him …Godspeed.

Irene Soloway is physician assistant providing medical care and addiction treatment to patients in the South Bronx and East Harlem.

Two women of valor and a rental rabbi