As a Black Jew, I am caught in the middle 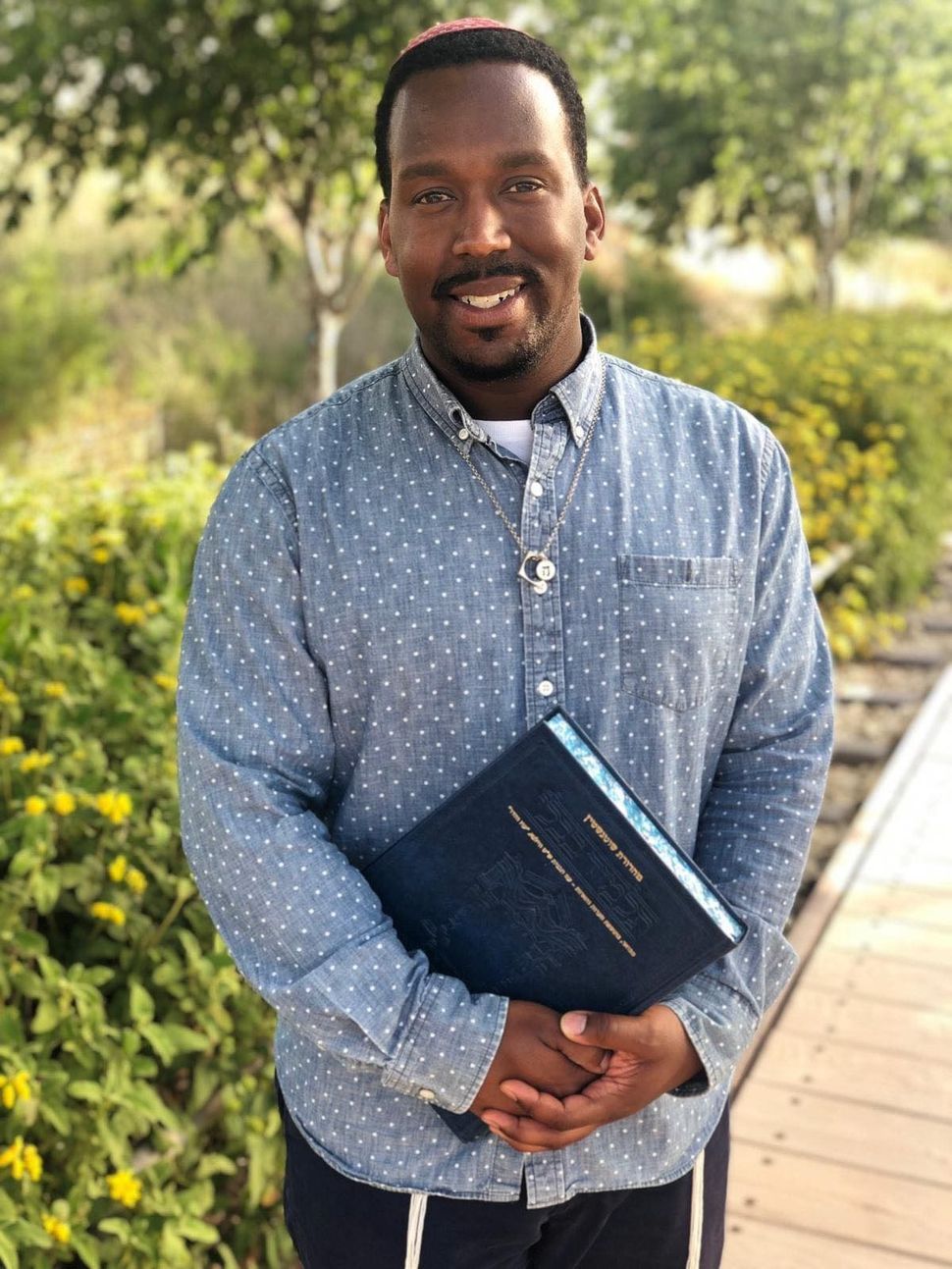 Over the past 48 hours, my social media outlets have blown up over recent anti-Semitic comments made by an Eagles footballer, DeSean Jackson. I have seen many of my white Jewish colleagues, students, friends and public leaders come out publicly denouncing and calling out the anti-Semitic comments.

I am not here to defend the anti-Semitic comments made by yet another public figure. As a Jew and a Black man in America, I know firsthand what baseless hatred can do and continues to do here in America and elsewhere. The remarks are disgusting and inappropriate. Anyone who speaks in this manner should be called out, invited to do the difficult inner work to address why they made such comments and do work in the community to fix the damage and pain inflicted.

What I am challenged by in this moment is how much more vocal many of my white Jewish colleagues, students, friends, and public leaders have been in the last 48 hours than they have been in the past six weeks about protests, racial unrest, police brutality, the murder of more Black and Brown people and the murder of more trans and other queer folk; unfortunately, this list goes on and on. 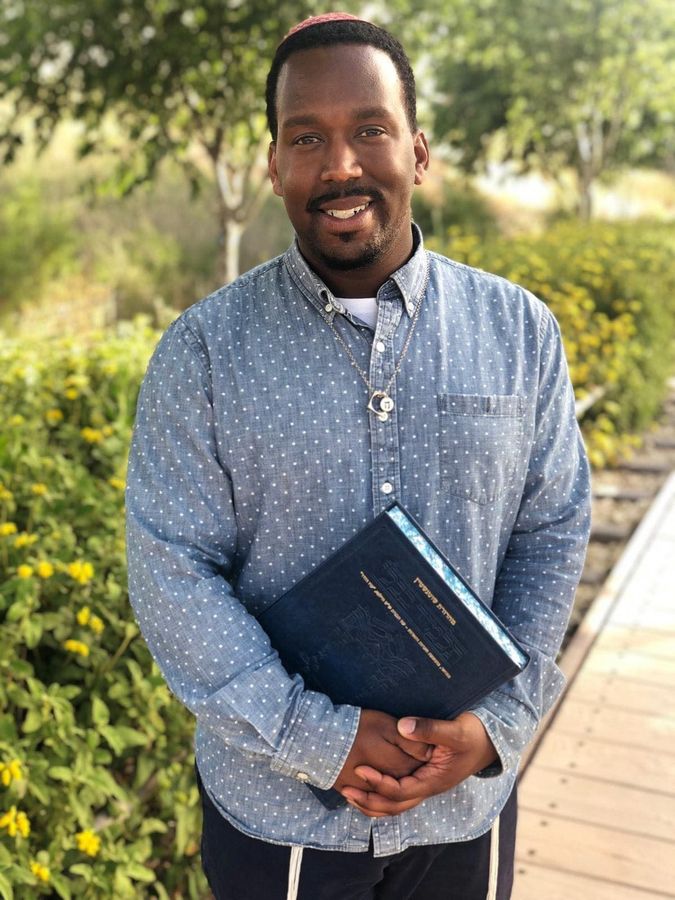 In many of the statements that I’ve seen, people used phrases such as “To all my Black friends and leaders, your silence right now speaks volumes…” or “To all my friends who have become social justice activists on Instagram over the past few months: Where is your voice today? Where is your condemnation of blatant, public anti-Semitism?” Some comments were far too intense and offensive to share here.

Here’s the thing: Racism, specifically anti-Black racism, and anti-Semitism in America are linked. Hitler and his Nazi party were inspired by the Jim Crow laws and practices in America; they modeled the Nuremberg Laws off them. Both Blacks and Jews were historically prohibited from joining white social clubs, Greek life and other organizations (which is why both groups have their own). The two most hated groups in America for years were Black people and Jewish people.

But anti-Black racism is entrenched in every aspect of American life and culture; anti-Semitism isn’t systemic in the same way. That is not to say that organizations and individuals don’t have anti-Semitic practices or beliefs, but that it isn’t built into the system of government, economics and education in America in the way anti-Black racism is. That does not make one form of hate more important or less important than another. Hate is hate is hate. But it does mean one is more widespread.

The reality today is that many Jewish people in America are white or white-passing and benefit from a system that values and elevates whiteness. It is an uncomfortable truth to hear, but it is true nonetheless.

I will never be white, and I will always be Black and Jewish. The history and relationship between the Black community and the Jewish community is a complex, sometimes strained one, but I have feet in both worlds.

Both communities have histories of oppression, discimination, enslavement and murder, and the result of those experiences is trauma that is passed down from generation to generation. That trauma informs how many Jews and Black people interact with the world at large for better or for worse. Our most recent history showed us that Jews and Black people can and have come together to fight racism and anti-Semitism, and can work together for civil rights. In the South, Jewish academics who became refugees in the wake of Hitler’s rise taught at Historically Black Colleges and founded many schools in the rural South to help poor Black people access education.

I share these thoughts because it is a particularly hard moment for me as a Black man and as a Jew in America. It is painful every time there’s a video of another Black or Brown person being killed at the hands of those tasked to protect us. It is painful every time a swastika is painted on another synagogue or a public figure makes some off the wall comment or an online retailer takes Black garb or Jewish garb and makes it into some super insensitive and offensive jewelry. The incidents don’t stop coming, and each new one is personal to me.

Calling out issues that only affect your particular group when something happens to your group doesn’t do much; you’re preaching to the choir. We need to step up for each other, not only for ourselves.

In order for us all to move forward, we need to do the hard work of acknowledging our own racist, anti-Semitic and otherwise biased views andeducate ourselves on why we have them. As my mother says, “Once you know better, you do better.”

Then, you must call in your racist family members and friends instead of calling them out. Call in people who are making anti-Black jokes, comments and posts. Take responsibility for those around you and in your communities instead of calling out people outside your circles; cancel culture doesn’t change systems and people. Those close to them need to hold them accountable. Share your own journey to understanding. Hold your leaders accountable — whether they be your rabbi, your preacher, your senator, your imam, your boss and everyone in between. Hold them accountable.

This work isn’t easy. No one ever said it would be. But eradicating hate, racist systems, anti-Semitism, discrimination, homophobia is always trending. It is always in vogue.

Tony Westbrook is an Orthodox Black-Jewish professional, educator, and activist based in St. Louis, MO.

As a Black Jew, I am caught in the middle