Why do we commemorate times of destruction? 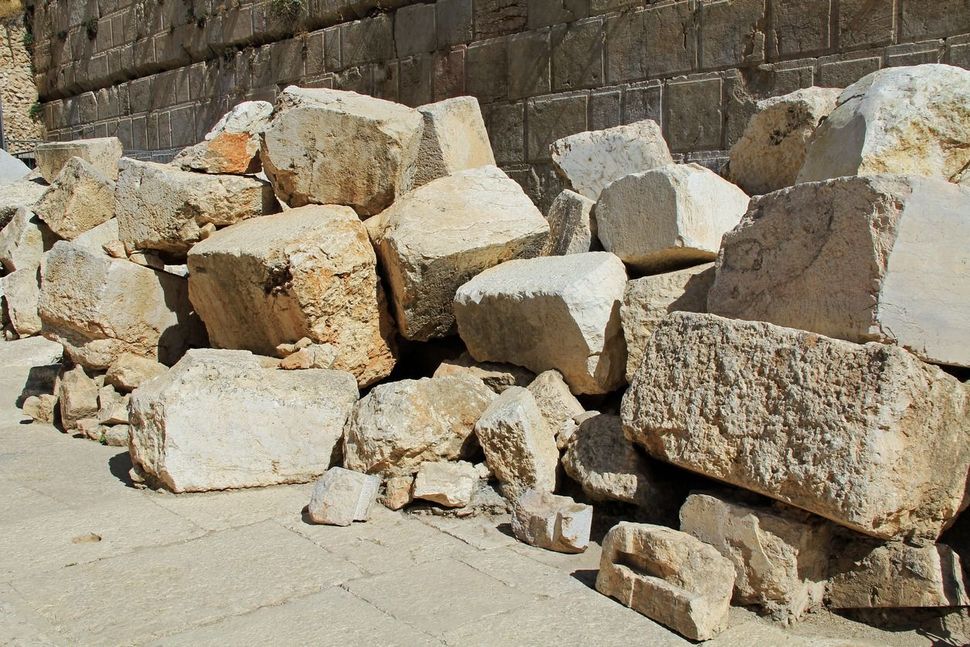 All of this heaviness that we, as Americans, have been feeling in recent months is exacerbated by where we, as Jews, find ourselves in the calendar year. As we enter the heat of summer, we land in the scorching energy of two Jewish commemorations: The Seventeenth of Tammuz and Tisha B’Av (the 9th of Av). The sense of collective grief, mixed with the current state of affairs, in America and globally, is overwhelming.

Sometimes, I wonder if it’s worth connecting to so much pain, especially when daily life is full of enough grief and suffering. Why remember, anyway? It’s a question I’ve asked myself for the past two years, facing the loss of my son.

When I woke up the morning of April 9, my husband turned to me and said, “We should have been five last night.”

“Where were we last year for Passover and how did we even get through it?”

Last April was two months after our eldest child, Josef, died, a short nine months after his unexpected diagnosis of inoperable brain cancer. Josef was a freshman at the University of Miami in the College of Engineering, with a plan to major in Biomedical Engineering. He was brilliant, funny, talented, compassionate and sensitive. He was also an instigator, not always PC and not one to listen to authority.

Like all of us, he was complicated, but he was an extraordinary human being. In January of 2018, he called my husband to tell him that he was getting dizzy when working out. One test led to another and in May 2018, Josef underwent a biopsy that turned out to be inoperable anaplastic astrocytoma. For the next nine months, we tried everything that was available, to no avail.

The days and months since have been a blur. Which is why I understood my husband’s question, “Where were we for seder last year?”

But I wasn’t prepared for his second question. “How do you say the prayers?”

Knowing full well what he meant, I responded, “Well, I open my mouth and make a sound, moving my vocal chords so the words can be heard.”

We both laughed; it was either laugh or cry, and that morning, we voted for laughter.

I was quiet for a minute and then I gave a real answer, “I recite the prayers because it reminds me that there is a Greater Force in the universe. Not saying them feels like hubris, assuming that I know things, and that the world revolves around my world.”

He listened and replied, “That made sense in the past but now we know so much more. Our scientific understanding is so much greater — there is not the same need to pray.”

“I believe that we need both science and religion,” I said. “Science explains the ‘how’ in our world, religion explains the ‘why.’ It’s very helpful to know how the planets move in the sky or how tides rise and fall, but none of that will help you create meaningful experiences. We need religion to do that.”

Those words were unusual for my atheist husband. I could feel his real inquiry: “How can you say those prayers, directed to God, when our 20 year old was taken from us so suddenly?”

My heart was breaking, but I wanted to try to share my thinking. “What if the Jews in Spain decided to stop reciting prayers during the Inquisition, when their family members were killed, or if Jews in Russia during the pogroms stopped uttering the words in their prayer books after their daughters were raped and killed, or Jews in Israel decided to stop praying during the Six-Day War after their sons had been killed? I see myself as a link in the chain of Jewish history and I recite prayers as part of that responsibility and that gift.”

Jewish history and tradition teach that it was on Tisha B’Av that tragedy befell the Jewish people: the destruction of both Temples and expulsion from both England and Spain. With the destruction of the Temples, the Judaism that many of us know and practice today was created by the Rabbis. The sacrifices once offered in the temple, morphed into prayers that we can recite wherever we find ourselves in the diaspora. Ironically, it is sacred utterances that emerged from destruction which bring me comfort and connections thousands of years later.

Prayer does not make my loss any easier, but it does connect me to my history and my people in an incredibly profound way— even if it is to their deep pain and suffering. Despite my heartbreak and sadness, injustice and anger, my connection to Jewish history enables me to continue to place one foot in front of the other.

Each morning, upon waking, Jews are instructed to recite a prayer of gratitude to the One who will not desert us, even in times of trouble and tragedy. It is this prayer that keeps me grounded and connected.

Soon after my son died, I read that the level of grief that one experiences is commensurate with the depths of the love. In spite of my personal loss, I feel gratitude for the deep love that my son and I shared.

In the last birthday card Yossi wrote me, he thanked me for loving him unconditionally. I didn’t know he saw me in that way—as his number one fan, who loved him unconditionally, even when he strayed from the path of doing what was “right.” It’s true — I did love him regardless of the poor choices he made. I just didn’t know that he knew.

And so, another answer to my husband’s question can be found in emulating this unconditional love I shared with my son in my relationship with the ultimate parent.

Why do we commemorate times of destruction?