Do we need a Jewish History Month? 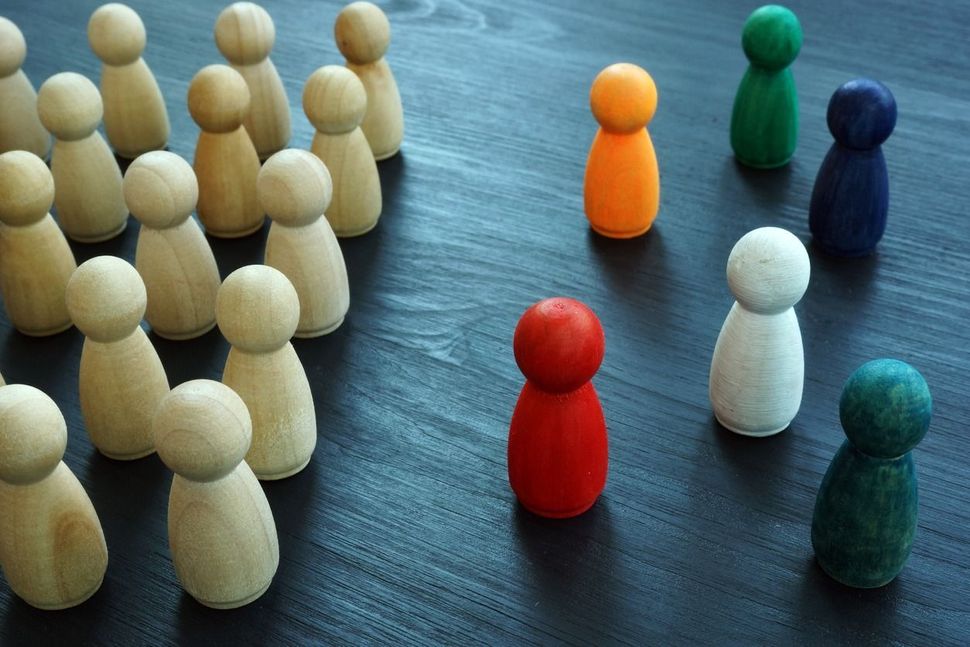 Recently, I spoke with one of my former students and she asked me a question about anti- Semitism that left me entirely speechless. I’ve known her since she was eight years old when she first walked into one of the dance classes that I teach for an organization in downtown Los Angeles that serves mostly poor Latino families — she’s now in her mid-twenties.

She is vocal about matters of social justice. We were talking about Black Lives Matter and I mentioned the anti-Semitism that I’ve experienced throughout my life. And then she asked, “When you were growing up, did you have a safe space to express yourself about matters of prejudice? Did you feel heard?”

I was disoriented for a long moment and then I chuckled, which made way for an outright laugh. I explained to her that I’m fifty-four. A safe space to me is where you hide so your brother can’t punch you. I’m from the Walk it Off era, the Suck it Up era, the Big Boys Don’t Cry era, when children were to be seen and actually not heard.

When I was growing up — in Los Angeles, Kansas City and in the San Francisco Bay Area — I was one of just a few Jewish kids at any public school I attended. Jewish holidays were not excused absences and no school was understanding that you would miss school for, um, “What did you say was the reason? You have to rush to a shona? What’s a shona?”

My student and I hung up the phone and I walked around for several days considering my life experiences in a way that I hadn’t in many years. I benefited from white privilege, she pointed out, and yet the anti-Semitism has always been present. Not every day, but throughout my entire life.

I have distinct memories of being ushered out of temple during Sunday school on multiple occasions because of bomb scares. Our family was threatened by a neighbor at gunpoint when we lived in Kansas City. I experienced anti-Semitism as a student at UCLA, while working in San Francisco, in Paris, France and recently at my daughter’s public high school. My parents can tell you their own stories of restricted buildings and racist PTA meetings.

We were taught to be quiet and be smart, to shut up and study. Go to school. When they come for us again, and they will surely come for us again, nothing will be better than being educated because you can take that with you when you have to flee. And this is the message to Jewish kids of my generation who saw pictures of emaciated, dead bodies piled up in front of concentration camp crematoria when other kids still believed in Santa Claus. Life isn’t fair. Keep a low profile and go out there and succeed, give to Jewish causes and don’t forget who you are because, if you do, someone will come along and remind you.

And I see how my perspective is as odd to my student as her question was to me. She and other young people today believe something revolutionary. They believe that justice is a birthright. That injustice must be exposed and dismantled. This is a completely different perspective from life isn’t fair but with some hard work and a little luck maybe we can outsmart it.

I began to wonder if I was brought up with the wrong mindset. Should I have spoken up more often and more combatively? I thought of moments in my adult life when I was confronted with anti-Semitism and I had kept my response on the spectrum of polite when I just wanted to sock the guy in the face.

How can we raise money for causes we believe in? Join National Editor Rob Eshman for a talk on effective fundraising on August 31 at 8 p.m. ET. Register here.

I started thinking about my daughter’s public school education. Every year there is Black History Month and a celebration of Cinco de Mayo and I never thought to ask myself why Jews don’t have anything like that But I already know why.

Jews simply don’t care about that type of public event. After more than 5,000 years of displacement, scapegoating, genocide and exclusion, Jews don’t care if there is a Purim party at the local Montessori School. When the greater community is made aware of the experiences of another group, that is not nothing, to be sure. However, having a Mariachi band at the morning assembly or having the Vice Principal talk about Martin Luther King for three minutes in between announcing the lunch menu and telling kids not to run in the hallway is pretty much nothing.

I could go into any elementary school and make a tremendous case for a day to celebrate the contributions of Jews to America and American culture. At the very least, I could make a moving case for a Holocaust Remembrance Day. But I wouldn’t, because I know that everything would get put through the make-it-easily-disgestible-and-emotionally-neutral machine. At the morning assembly, one of the 4th grade English teachers would go around passing out small pieces of gluten-free, wholewheat, spinach and asiago cheese bagel bites with a chipotle-sriracha cream cheese she learned how to make from the Food Channel while the 5th grade Social Studies teacher would explain to the kids in a solemn voice how, in the concentration camps, “Jewish people weren’t very happy.”

Steve Zee is a master tap dancer who has taught and performed across the United States, Europe, South America and China and has done four oral histories of significant tap dancers that are housed at prestigious scholarly institutions. Steve is on faculty in the Dance Department at CSU, Long Beach and teaches at The Gabriella Foundation in Los Angeles. Check out his online tap training program, Tap Academy Online.

Do we need a Jewish History Month?