Continuing the legacy of Kindertransport 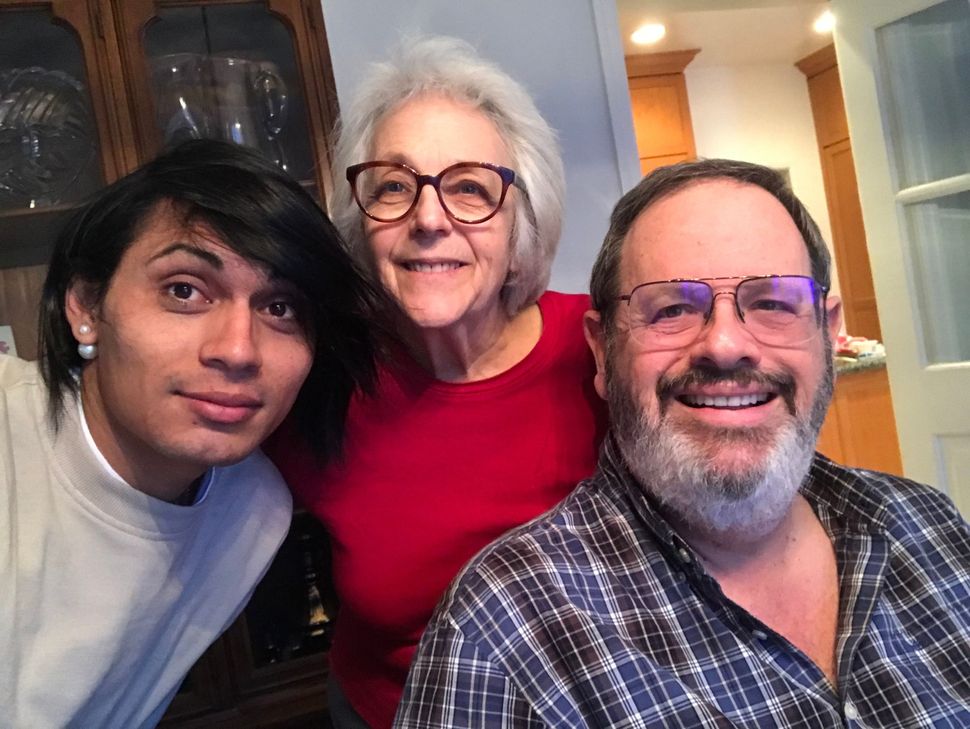 The author, her husband, and Pricila. Image by Rachel Rubin Green

In July 2019, my husband Norm and I joined several members of the Kindertransport Association on a commemorative tour of Europe for the 80th anniversary of Kindertransport. The tour was both joyous and heartbreaking, tracing the journey that my mother and 10,000 other children had taken from Nazi rule to England in the months preceding the outbreak of WWII. One indelible lesson from the trip was that many more European Jews, children and adults could have been saved had more countries allowed them entry.

Unlike most Kindertransport children, my mother reunited with her parents and her brother within a year, and the family entered the USA together in 1940. While my mother avoided discussing the Nazis, she never tired of telling the story of her arrival to the US.

Their ship steamed into Boston Harbor on April 19, 1940, the citywide celebration of Paul Revere Day. My mom, age 12, looked at the shore from the deck and saw balloons floating in the air, flags and streamers waving in the breeze, and red, white and blue bunting draped around nearby buildings. She heard a fife-and-drum band and the shouts of a festive crowd. She had never heard of Paul Revere or this local holiday, so seeing all this activity, my mother leaned over and whispered to her own mother, “What a wonderful country! Look how they welcome the refugees.”

I cherish this story as an image of how a more compassionate USA can treat people seeking refuge. I returned from this powerful experience in Europe reminded of the fate of refugees refused and the tragic reality at the American border. My heart breaks as children are separated from their parents and locked in cages. I grieve for men and women forced to sit in refrigerated rooms for weeks on end without a blanket in prisons-for-profit. I couldn’t sit by and not fight this cruelty in some way. I needed to do something that was substantial, practical and immediate.

Being realistic about what I could do, I remembered that the guestroom and bath in our home is empty most of the time. Some Social Justice activist friends suggested I contact Guillermo Torres at CLUE (Clergy and Laity United for Economic Justice).

In our first phone conversation, Guillermo told me about three asylum applicants, pending release from detention, who would need housing in the near future. Of the three individuals he described, I chose a 32 year old transgender woman from El Salvador.

We waited over a month for Pricila’s release. At the beginning of November, Guillermo called; she had been released from Otay Mesa detention center and would move in very soon. Four days later she arrived, accompanied by Xochi , a case worker with CARECEN, the Central American Resource Network, which coordinated Pricila’s asylum application process and formally sponsored her. We, her hosts, provided housing and food.

Within the first week, I asked multilingual rabbi, Daniel Chorny, to translate a conversation for me. With his help, I learned that Pricila had been kidnapped, raped and beaten by gang members in San Salvador. A transgender friend of hers had been murdered. She left San Salvador the day after her friend’s body was discovered. Eventually, she made it to an LGBTQ refugee shelter in Tijuana, where she met some case workers from CARECEN. They felt she would be able to pass the “credible threat” threshold necessary to qualify for asylum and advised her how to properly approach the Border Patrol at the San Diego/Tijuana station.

Pricila’s stay with us involved many challenges. The language barrier proved to be much more difficult than I had anticipated. We both downloaded Google Translate, but it only works for simple questions and answers, not conversation. .

Teaching Pricila to to navigate our kosher kitchen was also a challenge. She had not known any Jews before living with us and had no familiarity with Kashrut or Shabbat, or even the Holocaust. Early in her stay, I accompanied her on a Spanish language tour of the Los Angeles Museum of the Holocaust, where I am a volunteer docent, hoping she would see the parallels that had inspired me. 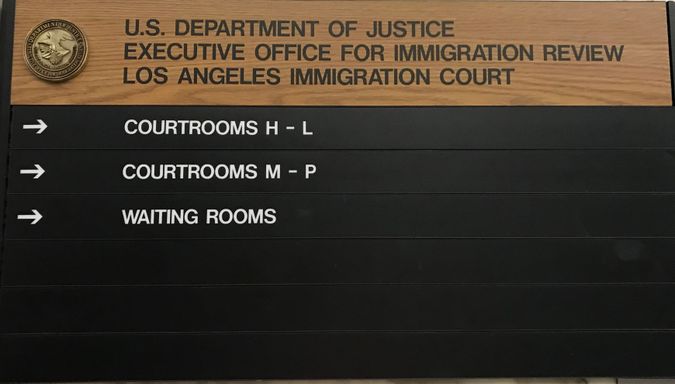 Her asylum seeker status dictated many regular appointments with ICE and legal support staff as well as several medical appointments. Initially, ICE required her to wear an ankle bracelet embedded with a GPS transmitter, but removed it after she had been with us three months.

During the first few weeks, she ate dinner with my husband and me, but I think she felt uncomfortable being unable to communicate with us easily. Pricila blossomed after she found Translatina, an organization of Transgender Latinx. She connected with others like herself and rapidly made friends, becoming a busy and social young adult. She rarely ate with us anymore.

At the beginning of April she moved into an apartment with friends. We were lucky that she was able to find an apartment at the start of the Coronavirus pandemic. When the Kindertransport tour ended in London, a few participants visited descendants of British families that had fostered or housed their parents. In some cases, the emotional bond between the host and the refugee and their families can continue for generations.

Our relationship is perhaps not so deep as that. Still, since she moved out, we occasionally text each other to check in. I am honored that she calls me “American Mama.”

All in all, housing Pricila for five months was interesting, challenging, stressful, and deeply gratifying. I would definitely do it again.

If you want to become involved with supporting Asylum Seekers, please contact Guillermo Torres at gtorres@cluejustice.org. You can help no matter where you live.

Continuing the legacy of Kindertransport