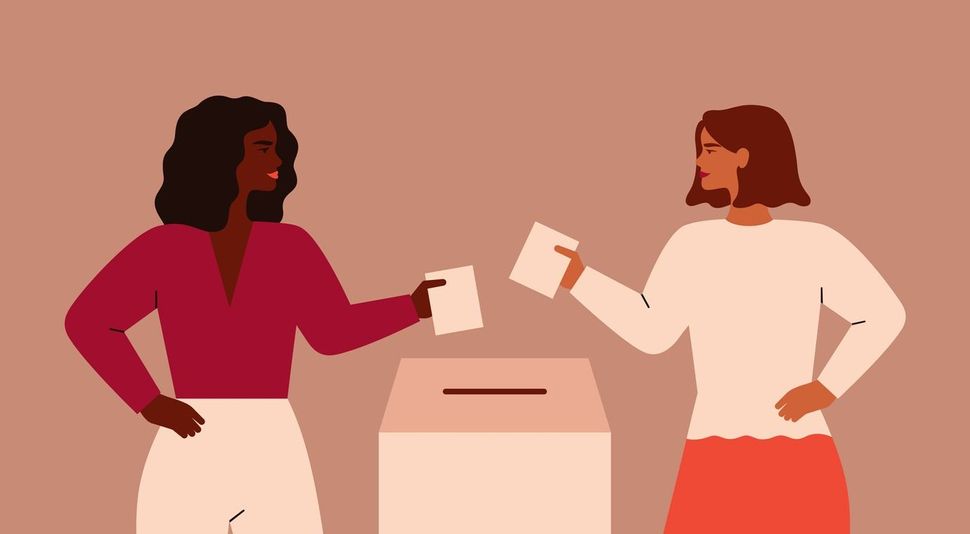 My father knew the importance of what he often told me: “Don’t take democracy for granted.” In 1948, he came to the U.S. from Europe, where he had served in the army for seven consecutive years and where, before the war, he had helped write Czechoslovakia’s Constitution.

Today, we are confronting profound social, economic and political challenges. This is not a partisan issue. It is an issue of access to democracy. The only way to effect change is to ensure that our elected leaders address these critical concerns. Fortunately, in the United States of America, each of us holds the power in our hands to influence who will hold leadership positions.

Now is the time for each and every one of us to exercise that power.

How do we not take democracy for granted? By getting out the vote in November’s general election and all other elections. By making sure that we, as Americans, each vote, and by helping others ensure their votes are counted as well. In fact, we should view voting not as a right, but as a moral and civic obligation.

My own commitment to, and experience with, representing the view of our electorate runs deep. In 1980, I went to my local political club and became its president and then the district leader for the entire election district. In 1989, I ran for the City Council of New York. The process was an out-of-body experience. People carried signs and placards, handed out fliers at subway stations and supermarkets, spoke as my surrogate at political clubs and parlor meetings. As I stood back and observed their support I was overwhelmed by their commitment to our shared values of environmental protection, fair housing and quality education for all in our communities. Together, we were not working toward my victory but toward our common goal of making a difference by fighting for the ideals we believed in.

Hadassah is deeply committed to each person’s vote, no matter who you are, what your background is or which candidates you support. For decades, we have organized and promoted grassroots involvement in civic engagement and public affairs. We are advocates, encouraging and supporting others to be advocates as well. The 300,000 members, supporters and Associates of Hadassah – women and men, Jews and non-Jews – live and work in every congressional district in our country.

Hadassah’s promise to effect change has involved educating our members and beyond on domestic and Israel issues, facilitating letter writing and phone call campaigns to elected officials, promoting our values through policy statements and rallying on behalf of issues that matter. We conduct “Day on the Hill’ in Washington, “Date with the State” in our individual state capitals and “Day in the District” with local congressional district offices, bringing thousands of Hadassah members to lobby their legislators at every level of government. This year, it is all being done virtually, with an equally strong impact as in-person visits.

This summer, we celebrated the 100th anniversary of American women gaining the right to vote. It is a moment to reaffirm our commitment to encouraging individual and collective civic engagement. We honor the memory of the women and men of the suffrage movement by mobilizing others through our non-partisan campaign #HadassahVotes.

Hadassah is one of several organizations participating in Vision2020Votes, a national, non-partisan effort to get more women registered and voting than ever before. Through the online platform Motivote, anyone can join Hadassah’s National Voting Team and regional teams. Motivote makes pro-democracy action engaging. Participants earn points for verifying their voter registration, requesting an absentee ballot, adding Election Day to their calendar, helping someone else register, participating in a Hadassah “Day in the District” and more. Through friendly competition, social engagement tools and step-by-step instructions, Motivote makes the whole process enjoyable and easy.

Our goal is to encourage everyone to vote and make a plan to address any obstacles you may face. Everyone should be empowered to make a voting plan and we are here to help. Join us at Hadassah.org/Vote2020.

As my beloved father knew, maintaining the precious gift of democracy is a responsibility each of us must embrace. Today, we have the opportunity to do justice to that responsibility. We must not waste it.