The UAE-Israel signing is history in the making? I’m not so sure. 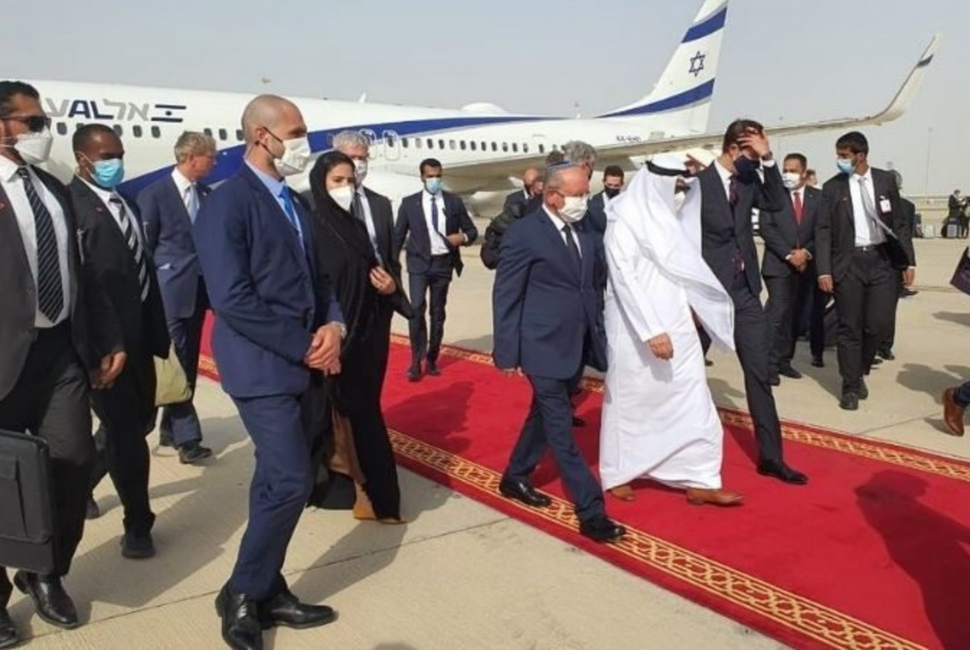 The first direct commercial flight from Israel to the UAE lands in Abu Dhabi Aug. 31 carrying a US-Israeli delegation.

Let’s examine the idea that the magnitude of what took place Sept. 15 on the White House lawn — signing historic agreements between Israel, the UAE and Bahrain — is such that American Jews should consider voting for President Donald Trump in November after all. Two peace deals in a day! Now that is a historical event! But is it? 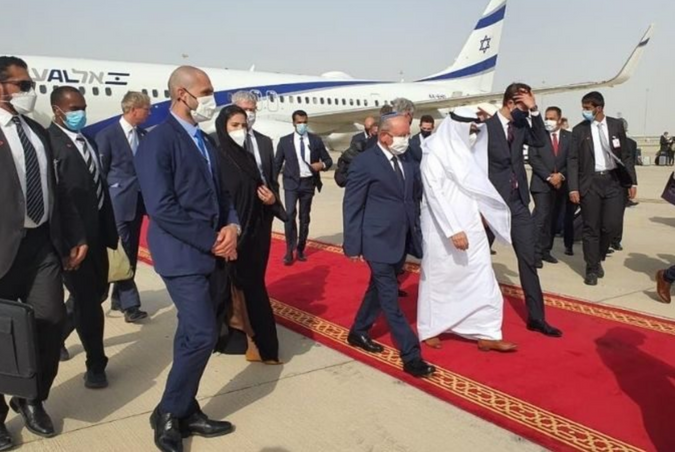 The first direct commercial flight from Israel to the UAE lands in Abu Dhabi Aug. 31 carrying a US-Israeli delegation.

Trump and Israeli Prime Minister Benjamin Netanyahu, two embattled politicians, are desperately seeking accomplishments. Both Trump and Netanyahu are embroiled in legal scandals, engaged in reckless attacks on key democratic institutions, and guilty of nothing short of disastrous handling of the COVID 19 crisis. Seeking to change the narrative, they argue that their recently brokered normalization agreements with the UAE and Bahrain are nothing short of a rare historical accomplishment. Who knows, they muse, these agreements may be a harbinger for more agreements around the corner.

But call me a “sour pickle,” as Netanyahu calls all those who refuse to sing his praise. To me, the accomplishment seems less impressive. What are the practical implications of the agreements? From now on, the Israeli military will not worry about UAE tanks rolling down the Golan Heights in a surprise attack! In Tel Aviv, passengers will no longer scan the bus in fear of a Bahreini oil prince determined to blow it up. Phew, what a relief! But wait, the UAE and Bahrain never participated in “the conflict”; and since the early 1990s, when Prime Minister Rabin negotiated with Yasir Arafat, the three countries have quietly developed amicable relationships. What next? Agreements with Belgium and France?

Viewed from this perspective, the “historical” agreements that were signed in Washington today are more about the preservation of the status quo than anything. Israel and the oil principalities will continue their relationships, now in the open. There is a symbolic benefit in that, but there is no point in pretending that this is a dramatic breakthrough. Israel will continue to hold onto the occupied territories. And everyone will continue to ignore the reality of an increasingly non-democratic state that celebrates Jewish superiority.

In another respect, the agreements may mark an important opportunity to clarify the contours of the conflicts in the Middle East. At least since the 1990s, there is no real Arab-Israeli conflict. Most of Israel’s neighbors in the region have effectively accepted its presence. Menachem Begin and Yitzchak Rabin signed peace agreements with Egypt and Jordan respectively. They did the hard work. Syria deteriorated into chaos and can scarcely afford to confront Israel. In Lebanon, Hizbullah continues to pose a threat but, at the end of the day, it is nothing more than a small terrorist organization. That Israel and Lebanon have failed to ease those tensions so far is a matter of lack of vision and effort more than anything.

What remains is the Israeli-Palestinian conflict, which poses an existential threat to the character of Israeli society. The continuation of the occupation of the West Bank and Gaza forces Israel to gradually abandon its commitment to democracy and replace it with an ideology of Jewish supremacy. Ending the Israeli-Palestinian conflict, or at least, attenuating the severity of this conflict is, without a doubt, a difficult political challenge. But it is also the only real existential threat Israel still confronts. And when it comes to this cardinal issue, the solution will necessitate real compromises and a painful internal political struggle, and not cheap gestures on the White House lawn. It is time to replace Trump and Netanyahu, both peddlers of fear and hatred, with real leaders who are ready to confront the real challenges of our existence here and in the Middle East.

Dan Lainer-Vos is an adjunct assistant professor of sociology at University of Southern California, Los Angeles and the author of “Sinews of the Nation: Constructing Irish and Zionist Bonds in the United States”

The UAE-Israel signing is history in the making? I’m not so sure.