For those who cannot fast, Yom Kippur should still be meaningful 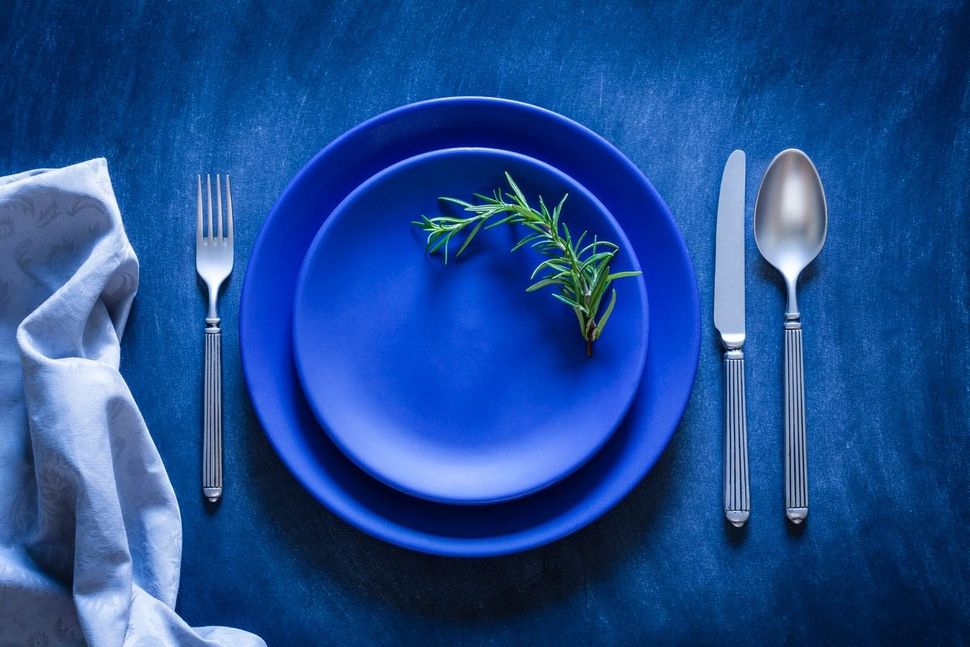 Yom Kippur is almost upon us. According to Torah law, the Jewish people are mandated to fast the entire day. This can be difficult enough for most people, but particularly so for those with eating disorders. Fasting itself is not just the issue. For them, Yom Kippur can be a triggering holiday that creates and worsens feelings of loneliness and inadequacy. What are they supposed to do on this holy day?

This question deserves to be asked every year, but it takes on particular poignancy now. In contrast to a packed synagogue with day-long prayers, this Yom Kippur will see many people staying home out of safety concerns, and others attending synagogue, in only small numbers and only for truncated periods of time. Many Jews who normally connect to the sanctity of the day and the powerful sense of community that it provides will struggle to feel a sense of religious meaning and belonging.

Now perhaps is the time to recognize that there are many in our community who don’t just feel pain and isolation this year, but rather on every single Yom Kippur.

It is easy to think that this is not a problem because we as a community have already addressed the needs of those with eating disorders. From a strictly rules-based point of view, Jewish tradition mandates that rituals and restrictions be overridden when there is the slightest risk of danger to a person’s life. Thus, Jews with eating disorders who seek religious guidance about this holiday are often told that they are permitted to eat food on Yom Kippur. Case closed — right?

But that’s simply not enough from a spiritual perspective. The permission to eat may address physical well-being, but it does not address emotional, mental, or spiritual well-being. For many Jews, eating on Yom Kippur feels like a violation of this holiest of days, regardless of the reasons and justifications. And on a day devoted to bringing the community together, Jews who are eating can feel deeply alone, disconnected and even guilty for doing what they must to stay healthy. These feelings can create an extra layer of stress and anxiety around what is often already for them a daily, complicated relationship with food.

Nobody deserves to be doubly afflicted on Yom Kippur. How can rabbis help Yom Kippur still feel meaningful and inclusive to those who are not fasting?

If you struggle on this day, the first thing you need to know is this: You are not alone. You are part of a special, valued community that is not violating Yom Kippur, but rather observing it in a different way.

Jewish law not only permits you to eat; it requires you to do so. After all, there are two ways that Yom Kippur is observed: not eating for those for whom there is no serious health risk, and eating for those for whom there is. One major authority of Jewish law even rules that a person who eats on Yom Kippur out of medical necessity may serve as the prayer leader in the synagogue — such a person is so fully observing the sanctity of the day that they can even represent the community before God.

But feeling okay with eating on Yom Kippur is easier said than done, especially as most people identify fasting as the central component of the holiday. Yet the Torah tells a different story.

The verses in Leviticus say that Yom Kippur would be the single day of the year when the High Priest, after the proper rites and rituals, would enter the Holy of Holies where God’s presence was said to dwell. The central experience of this day is reflection and repentance, and drawing close to God. It’s true that fasting is mandated for those who can do so safely. But it is not the point of the day. For some people, the day is better honored not through fasting, but through eating.

This approach is clear in Jewish law. When people must eat on Yom Kippur, the law dictates that they must mention the sanctity of the day in their grace after meals. As one authority puts it: “For such a person there is a mitzvah to eat on this day, just as there is a mitzvah to eat on the other holidays.” Some go even further and rule that they are to recite the Kiddush, the sanctification of the day, over a cup of wine. Since the eating is a mitzvah, in this situation, then both the eating during the day and the very day itself are to be sanctified by an act of drinking — exactly that activity which is forbidden to everyone else.

If you are eating and drinking on Yom Kippur, sanctify the experience. Be mindful of the food you are eating. Be present as you consume it. As a human being, you were created with a God-given biological need to eat. And as a person created in the image of God, it is your responsibility to yourself and your Creator to preserve and protect that Divine image.

Judaism is full of rituals related to food. We make blessings before and after we eat, we separate meat and milk, we fast on our fast days and we have special celebratory meals on the Sabbath and our holidays. Eating is an ever-present part of our daily life, and Jewish tradition teaches that both the acts of engaging in this mundane, biological activity, and that of the refraining from it, can be an opportunity for serving God and bringing God into our lives.

During my teenage years, I studied with a saintly rabbi in his 90s. One day, he told me that his doctor insisted that he eat on Yom Kippur due to his age and health. His first reaction was shock and outright refusal. How could he, after 90 years of the strictest observance, eat on this holiest of days? But then the doctor said to him, “Rabbi, all these years you have served God by not eating. This year you will serve God by eating.”

For those who cannot fast, Yom Kippur should still be meaningful