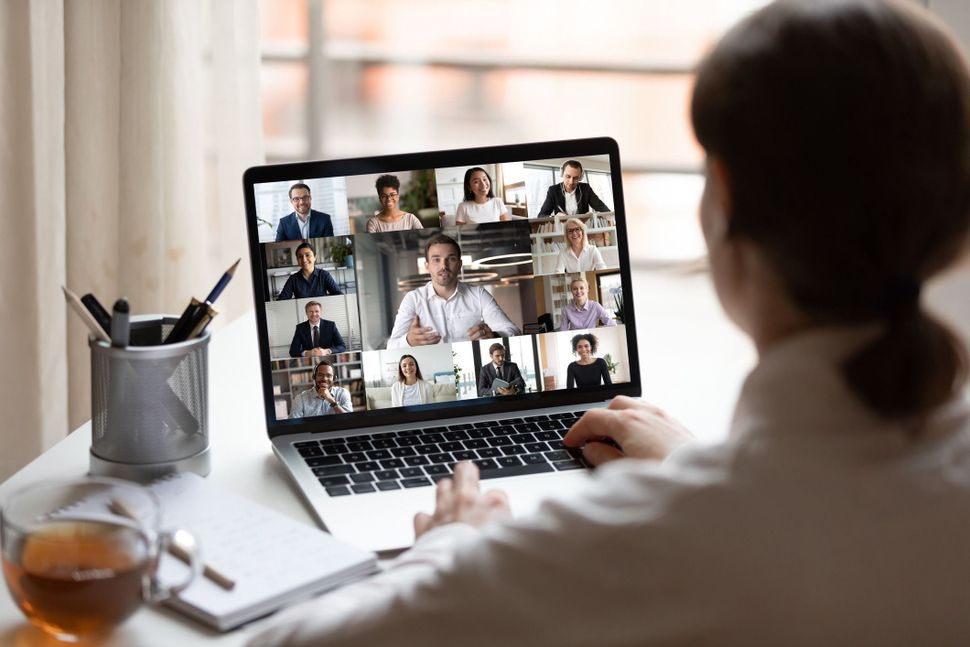 This season of the High Holy Days or Yamim Noraim, like much of life in the past months, can be characterized in a single word: disruption. Faced with the inability to gather in person, many synagogues launched unprecedented experiments to maintain their communities. Some created online services, some provided outdoor services, and others disseminated guides and digital resources for home-based holiday rituals. This rapid innovation followed months of changes beginning with Passover, when some families turned to “Zoom seders” to maintain connections with loved ones.

In response to the disruption of COVID-19, Jewish organizations have dramatically expanded their online programming and their potential reach. They have offered classes and cultural activities not just to their own members, but also to audiences around the world. Unconstrained by geography, time zones, and, in many cases, the ability to pay, they have created and innovated in an effort to turn a challenge into an opportunity. While some Jewish lifecycle events were postponed, the live-streaming of bar and bat mitzvahs, weddings, and even funerals, enabled family and friends to participate no matter where they were physically located.

The potential of online Jewish life, and the sense that it presents a tremendous opportunity, has generated enthusiasm and curiosity. Could online activities not only reach existing members, but also bring in new audiences? Might online use lessen barriers to participation, with many programs available for free or minimal cost and recorded programs available to watch at any time? In the absence of in-person community, might new online communities form and connect people in new ways? Most fundamentally, would online Jewish life serve as a temporary fix during the time of quarantine or rather as a disruptive technology that could permanently alter organized Jewish life?

Through our recent “Building Resilient Jewish Communities” project, we have been studying these questions. Between May and July, we surveyed 15,000 Jewish adults across 10 communities, representing a diverse sample of respondents who were engaged in Jewish life to some degree. Among our sample, of those people who attend a seder in a typical year, more than half used technology like Zoom to connect with friends and family during their seder. In the month prior to the survey about half attended an online program at least once, almost half attended an online service, and almost half connected with Jewish groups on social media.

We learned that online Jewish life has been most strongly embraced by those people who were engaged in Jewish life prior to the pandemic. Among those who attended Jewish programs weekly or more before the pandemic, more than half (56%) attended Jewish online programs often, and only 10% never did. About 40% accessed Jewish activities and programs that they had never used before.

The majority of participants in online Jewish life expect to continue even after life gets back to normal. For these individuals, online Jewish life has served as an essential link that enables them not only to remain actively involved in Jewish learning, worship, and culture, but also to expand their Jewish experiences. Whenever the coronavirus crisis resolves, we should expect that online Jewish life is here to stay.

At the same time, there are limits to this success. Contrary to what some people hoped, virtual services and programs did not attract many people who were not actively engaged in Jewish life before the pandemic. Even though barriers to participation have been reduced, this change has not been sufficient for attracting new audiences. Among those who never went to a program before the pandemic, almost none participated in any online Jewish program in the month prior to answering the survey.

And despite the embrace of new online programs by many, new interpersonal connections to people and communities have not yet developed. Even among those who were most active online, while 57% attended a new program or activity, only 17% met new people online.

As one respondent observed, “The biggest personal impact [of the pandemic] is isolation. It has confirmed for me that being with and around people is indispensable. This cannot be overcome with technology.”

In other words, Jewish organizations may have found ways to simulate a Shabbat service online, but have yet to find a way to replicate the social environment of the Kiddush that follows.

In the months between Passover and Rosh Hashanah, the Jewish community learned valuable lessons about how to use technology to sustain Jewish life and engagement. In Ethics of Our Fathers (2:5), Hillel says, “Al tifrosh min hatzibur” — “Do not separate yourself from the community.” Sadly, one of the primary impacts of the pandemic is that we are required to physically separate from the community to protect all of our members.

As we enter 5781, we should use what we have learned from our use of technology to meet the needs of all community members, from the least to the most engaged, and explore ways to connect people to one another to build the fabric of the community. It will take our creative energies to do so, but as Hillel also taught, “If not now, when?”