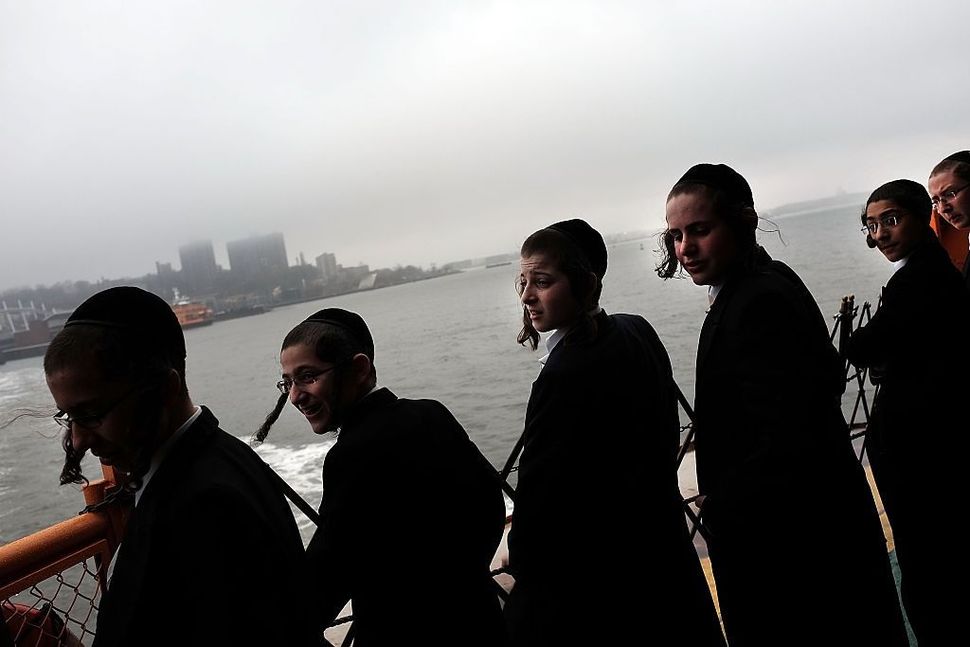 These words rang out over the past few months as we watched the Movement for Black Lives Matter take to the streets to demand change in our society. These words are still ringing in my head as I approach the holidays this year and prepare myself for 10 days of reflection and recommitment to the work at hand.

Since retiring five years ago from an almost three decade career at the UJA-Federation of New York, I have dedicated myself to the work of advocating on behalf of tens of thousands of Hasidic yeshiva students right here in New York State, who in violation of the law are being denied a basic secular education. The work has been challenging, surprisingly controversial, frustrating and at times exhausting. We have been accused of everything in the book-even anti-Semitism- but it is the students who stand to benefit from this work who keep me motivated.

At this point in our struggle, the problem is well-documented: for an unacceptable number of students in New York’s ultra-Orthodox yeshivas, secular education is glaringly deficient, if it exists in their curricula at all. This has led to high levels of poverty and too often dooms otherwise capable people to a lifelong dependence on government assistance. The UJA- Federation of New York has reported the poverty rates in these communities, which are shocking. These statistics alone should give the broader Jewish community pause and prompt a serious conversation about the roots of this reality.

Despite the evidence, leaders of these institutions maintain that to ask them to include the basics of secular education as required by New York state law is tantamount to forcing them to shut their doors and turn their backs on their faith. Of course, we have never advocated for anything of the sort. In fact, there are many yeshivas throughout the state (as well as non-public schools rooted in other faiths) that have successfully figured out how to provide a robust secular education alongside their religious teachings. It is important to note that denying Jewish children the education they need flies in the face of years of rabbinic teachings, which require that every child receives an education that will enable them to provide for their family with dignity.

The accusations lodged against us from within the community were somewhat expected. What I did not expect — and still continues to baffle me-is the deafening silence from the rest of the organized Jewish community leadership, who often are quick to speak out on injustice but refuse to acknowledge the educational neglect experienced by many thousands of our Jewish youngsters. Thankfully there are a number of Jewish foundations that have recognized the importance of our work, and are providing the support that is enabling us to continue the struggle for educational justice!

As the next generation of Jewish children (from a community whose population growth continues to surge) is systematically denied their right to secular studies, far too many Jews across the state have by and large remained silent. If our very community refuses to stand up and speak out about this issue, how can we expect those outside our community to do so, including the elected officials and government agencies we need in order to right this historic wrong, to treat this crisis with the urgency it demands?

The full repercussion of what will grow to a crisis will be realized only after many years. What we can be certain of is that these students, uneducated in basic civics, will grow to be adults in our society. How can we expect them to be informed citizens who will vote, sit on juries, and be active participants in civic society, if the institutions tasked with preparing them for adulthood have abdicated this responsibility?

I will be spending these next days of the Yamim Nora’im reflecting on the year past, and what is required of me in the year to come. For those of you who will be spending this time similarly, I urge you to consider the issue of educational neglect in this state, in our very community. The work may seem daunting, but it is imperative to do. To do nothing does make us complicit.

Anita Altman is a lifelong New Yorker and the Board President of Young Advocates for Fair Education (YAFFED).