Before Yom Kippur, he apologized — but it should have been the other way around 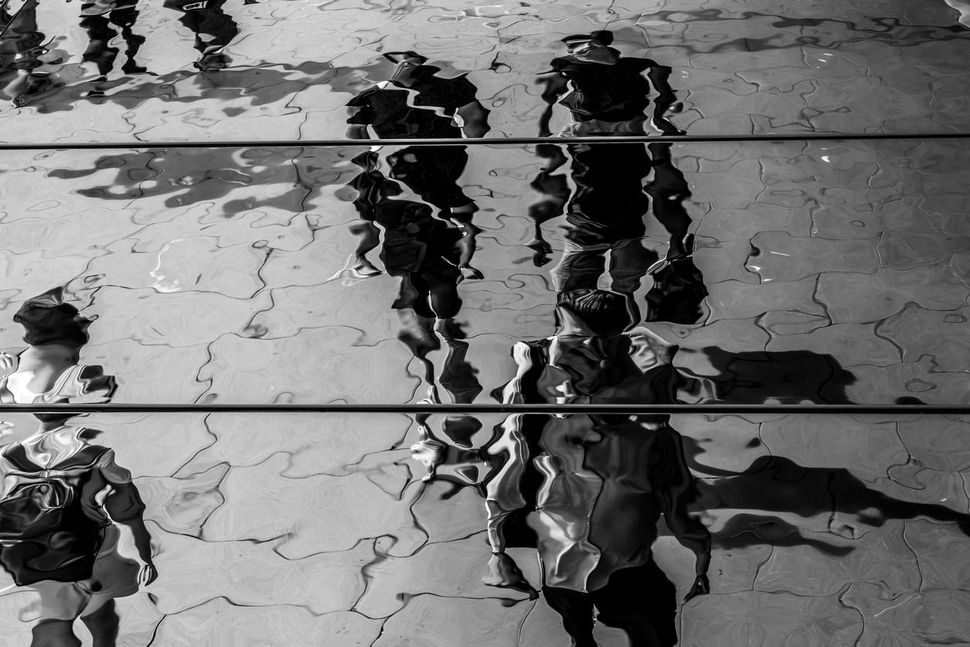 A few years ago I was studying in yeshiva in Jerusalem. I was coming off a whirlwind high from becoming an adult bar mitzvah and a great community send off months prior. I was ready and excited to dive into Jewish texts in a way that was previously foreign to me.

Through the Facebook group for incoming students, I announced that I arrived in Jerusalem and was looking to meet up with other students already in the city. I decided to host a small Shabbat dinner, the perfect way to begin building friendships.

All the students arrived promptly at the scheduled time, except for one. We waited and waited — all wondering if he was lost among the similar Jerusalem stone apartment buildings. After what seemed like an eternity, we began the Shabbat meal. We spent the rest of the evening getting to know each other, laughing about our journeys from the airport to Jerusalem and marveling at the similarity between our reasons for studying in Israel.

As I began serving dessert, there was a knock at the door. Surprise! It was my very late guest, and a stranger that he met on the way to my house. I invited them in and served them dinner and dessert as though they were there the whole time.

The year began and we delved into the Torah; for me it was like I’d been a fish out of water until now, and finally I was in my natural environment. It was invigorating, refreshing and even more than I’d hoped for. But I found myself annoyed by everything this guy was doing. We weren’t even in the same classes, but everything he did seemed so disrespectful I couldn’t think of anything else.

Soon, the chagim were upon us. Rosh HaShanah came and went and suddenly it was Erev Yom Kippur.

I went to mikveh. It was incredible; I felt like I was glowing, ready for Yom Kippur. On my walk home, I saw him across the street.

He came running over. “Tony, can you tell me what I’ve done to make you so angry with me? I thought we were friends. I don’t want to go into Yom Kippur like this.”

I didn’t hold back; I felt righteous in my anger and I detailed everything he’d done: : not wearing shoes in the beit midrash, showing up late to everything, even the way he chewed gum.

He let it wash over him, and then did the unspeakable — he apologized to me.! He asked if I accepted his apology and I said I would on one condition: that he never speaks to me again. He agreed.

At the time, I walked away feeling pretty good about myself. But the next day, I found myself with an incredible headache and chest pain. I attributed it to fasting. Still, as the day went on it got worse and I confided in a friend what happened the day before; she said that pain was probably Hashem’s way of getting my attention.

I brushed it off and went back to davening. When the afternoon break came, I walked home, but couldn’t stop thinking about what I said to this guy. How nasty I was to him. I tried to sleep but couldn’t. I walked to the tayelet, a path overlooking Jerusalem’s Old City, to think.

I realized that I wasn’t angry with him or things he did that I found so annoying. Really, I was angry with myself because he had traits and skills that I didn’t; I was jealous.

There were plenty of examples. For one, he had grown up in a fairly observant family and was using this time at yeshiva to reconnect with his Judaism, while I had converted and, at the time, struggled with basic Hebrew. But what really got to me was that he didn’t care what others thought of him; he moved through the world in a way that would take me years to figure out how to do.

I knew in that moment what I said to him was wrong, how I treated him was inexcusable and that I needed to seek him out for forgiveness. I spent the rest of the afternoon looking for him with no luck.

Yom Kippur ended, the rest of the chagim came and went, and we returned to continue our learning. When I saw him again, I was too prideful and too ashamed to admit that I was wrong; I let the rest of the year go by without saying a word.

After our program ended, he stayed in Jerusalem to do other things; I continued to learn at the yeshiva for another two years. As time went on, I gradually moved that memory to the back of my mind, but it was always there.

On Yom Kippur in 2018, I found myself having the same excruciating headache and chest pain just before I went to the mikveh. I knew then what I had to do. I spent most of Erev Yom Kippur looking for him with no luck. Again, Yom Kippur came and went, I immersed myself in my learning, but I couldn’t shake the memory of our last interaction.

After months of sleuthing, I found out that he had returned to his home country. I wrote him a letter, an email and a Facebook message explaining everything, and asking for forgiveness. I heard nothing. I did this two more times. I wasn’t trying to clear my conscience, but I really wanted to acknowledge and own how I had wronged him.

I haven’t heard from him in four years. I hope my letters and emails got to him. Honestly, I don’t know if he will forgive me and part of me doesn’t expect him to.But I have grown from this incident, and today I am more intentional about my words. I recognize the power they have to affect others, and myself.

Perhaps that’s the real teshuva of Yom Kippur. We are meant to look deep inside ourselves and set the wheels in motion to make amends to those we’ve wronged, even if it doesn’t happen on that exact day. I looked in the mirror then and worked to own my behavior. I’m still looking in the mirror.

Before Yom Kippur, he apologized — but it should have been the other way around