As a new convert, I thought it was okay to use the word ‘schwartze’ when talking about Black people 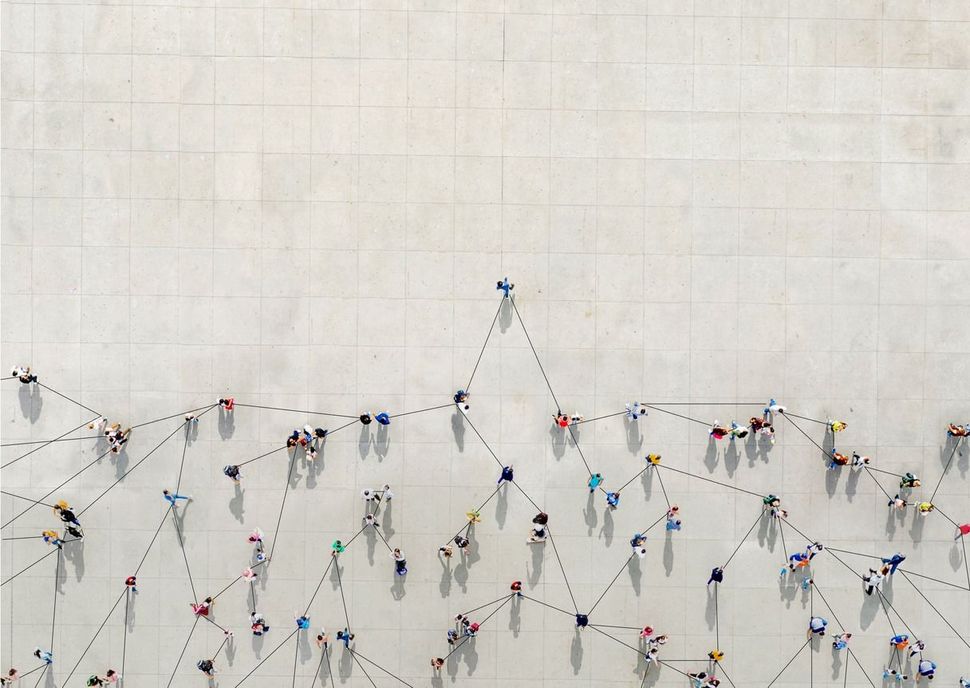 The moment is seared in my memory: It’s 1990, and I’m carpooling to the University of Connecticut Storrs campus with my new best friend Adrienne, whose mother is Jewish and from Oslo, Norway, where I grew up. We are sitting at a light on Albany Avenue in Hartford, Conn., and I use the word schvartzes in talking about the people in the neighborhood we are driving through. She looks at me with horror, and scolds me: “Nina, you should never, ever use that word. It’s racist and derogatory.” A rush of heat rises to my cheeks and I feel humiliated and ignorant, and quickly realize that the Yiddish I proudly touted as a sign of my being an insider was a poor choice.

In Norwegian, the word “black” is svart, similar to the Yiddish, as both languages are Germanic, and this linguistic familiarity may have contributed to me thinking it was okay. I have since learned how not okay it is and how for the majority of Jews, the term is typically used in a negative sense. It can’t be denied that it has petty, racist connotations.

I was 19 when I came to America in 1984. Ethnically speaking, Norway was a relatively homogenous country, although my teenage social circle included people from the growing immigrant communities from North and Sub-Saharan Africa unique to the capital. My parents did not appreciate my relationships with those looking different from us, and it was not uncommon for my father to offer gratuitous racist remarks and jokes. Sometimes I’d even laugh rather than express my outrage, because I loved my dad, despite his tasteless sense of humor. Meanwhile, I craved to expand my lungs and mind and heart, and sure, I suppose I wanted to challenge their prejudiced attitudes.

My year as an au pair in the predominantly white and wealthy town of New Canaan, Conn., was supposed to be a gap-year, but instead turned into 36 years of a life where I’ve travelled far in more ways than geographically. At the tail-end of my year as a nanny, I met a Jewish man, fell in love, and quickly understood that his family was not happy about our relationship. The first Yiddish word I learned was shiksa. We cried a lot that summer, my boyfriend and I, thinking we would not be able to stay together, until one day his mom slipped me a copy of Howard Fast’s “The Jews: Story of a People.”

After three years of learning with my future in-laws’ Modern Orthodox rabbi my conversion was completed a few days before we got married in 1988. I was deeply influenced by my new family in the early years of my Jewish life, and they in turn were visibly proud of their freshly minted Jewess daughter-in-law who was shomer Shabbat and took the rules of kashrut to heart. I still have the lovingly inscribed siddur they offered me, thanking me for being a vibrant part of their Jewish life. They welcomed me in and defined my early Jewish practice.

But they were an eccentric clan, my in-laws. Living on over 80 acres of woodlands and fields in rural Connecticut, their property was equipped with generators and a shooting range; small, round, red and black NRA stickers were attached to their car windows. They carried Purell and Clorox wipes everywhere, long before the pandemic. Loud and fun-loving, they were ferociously protective of the nuclear family and its property. At the entrance of their long, graveled driveway, a handmade wooden sign read “Back Out Now.”

Despite their original ways, I loved them deeply, because they were my family. My mother in-law’s hugs were warm and generous and my father in-law, an oral surgeon, was funny and baked the best bialys ever. I gained two Jewish sisters, who would become doting aunts to my kids.

Wanting to fit in and please them, I drank their kool-aid, and began to absorb their habits by osmosis. They sprinkled Yiddish into their day-to-day language, commenting on punims and mensches, and schvartze to me just seemed like another signifier of cultural legitimacy, casually thrown into conversation. It wasn’t until that humiliating moment in the car with my friend, that I began to understand their more problematic racial stereotypes, which led me to begin to put the pieces together, and to understand the history behind the word and behind American racial history.

Slowly, over time, I began to question, then rebel, and eventually reject much of my in-law family’s ideas and attitudes. But this mindful maturation did not happen overnight, and it troubles me now, as I ask myself why I didn’t react sooner. Tacked onto this is my own personal regret for not having been more aware earlier of the systemic racial inequality in this country, and more active, sooner, in combatting this pervasive injustice.

After 23 years, my marriage ended, and my in-law family disowned me. It has been difficult to come to terms with the loss of my first Jewish tribe, but as time passes, I have begun to understand this break as the beginning of something new, something important: my own coming to terms with a personal history of indifference in matters of social justice.

When Norway opened up for dual citizenship in January of 2020, I immediately filed my application for naturalization with the U.S. Immigration and Naturalization Services. Finally, after more than 36 years as a green card holder without the right to vote, I’m hopefully going to get in, just under the wire, in time to take a stand. Committed to learn all I can about this country’s history of endemic racism, and to do my share as we fight for a more just society, I’ve become hyper-aware of how racism can rear its ugly head in families and communities where we’d least expect to find it. Even if it’s “only” one word.

Nina Lichtenstein is an author, educator and storyteller. Find her book and articles on her website.

As a new convert, I thought it was okay to use the word ‘schwartze’ when talking about Black people