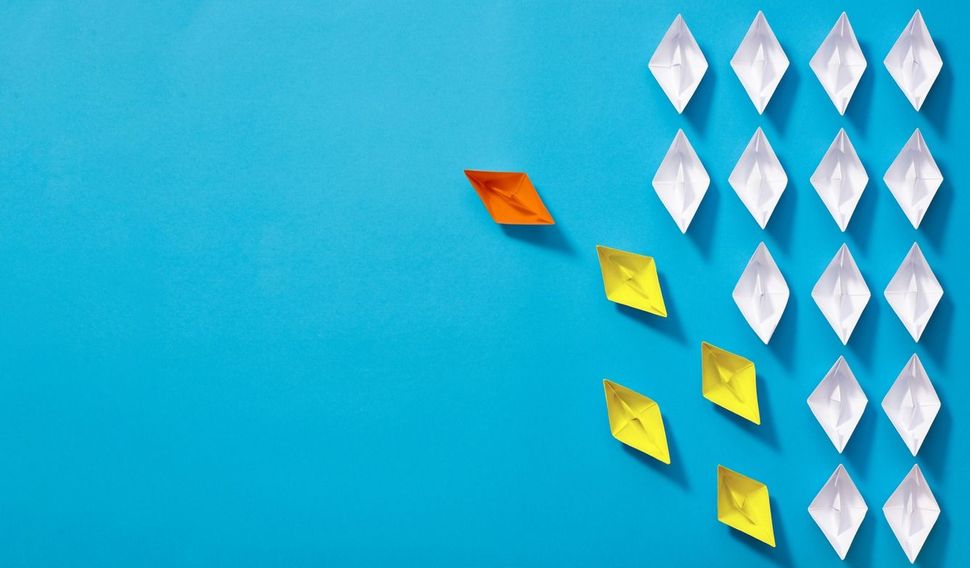 I had no idea writing a short piece about persuasion would prove so challenging. How tough can it be, I thought, to share my thoughts on helping others embrace an idea using facts, logic and passion. Indeed, I mused, is there any other acceptable way to convince someone of a new perspective? Not bribery. Not extortion. Not coercion. Not violence. Not even, as a parent, just because I said so.

And when I turn on the TV, there is no escaping the immediate importance of honest persuasion. We are living in a moment when truth and decency are under attack from people in trusted positions. Sadly, far too many of these individuals are using untruths, half-truths, and conspiracy theories to cause others to see the world through a distorted and dangerous lens. They are alchemists who seek to turn deceit into persuasion and, as a result, endanger all of us.

Lying is not a form of persuasion; it is a debasement of it.

I hope you agree with me. If not, I invite you to provoke, challenge or correct me — but do not mock or cancel me. Neither of us can grow unless light shines upon us both. Indeed, that is what persuasion is about, at its best. To be persuaded is to be engaged, and engagement is the key to change. We cannot fix or alter something we avoid.

We cannot afford to dismiss or ignore those with whom we disagree. We must engage with them, as often as necessary, and do our best to help them appreciate the importance of honesty. Only if we succeed in convincing them of that basic idea will we have a chance to persuade them about such critical issues as racial and gender equity, income inequality, the environment or human rights.

Judaism has long recognized the power of persuasion as a path towards mutual respect, greater knowledge and shared perspectives. The Talmud is replete with efforts by our sages to persuade their peers of anything from the loftiest of ideas to the smallest details of halacha (religious law). Indeed, wrestling – physically or mentally, even with God — is a core component of the Jewish religion and one of the values we hold most dear.

Today, however, in this increasingly polarized era, disagreement is often defined as a threat to be eliminated or a sin to be punished. Where we once fought to create a safe space for spirited debate, we are now urged to maintain safe spaces in which one set of ideas goes unchallenged. Opinions are no longer right or wrong, the people who express them are good if they agree or evil if they do not.

Sadly, I have seen this phenomenon play out all too clearly on both sides of any BDS (boycott, divestment and sanctions) debate, especially arguments with Israel at their center.

All too frequently, those pushing for BDS demonize those of us who share a deep connection with the Jewish state. Israel is not the only evildoer in their eyes; so are those of us who support her. A similar problem exists within the ranks of the most avid supporters of Israel. The most fervent of them are unwilling to accept any criticism of the Jewish homeland, regardless of its validity, and brand many philosophical opponents as anti-Semites quickly and without real justification.

It was never an easy choice to hold a minority opinion, but the fact that they are shared by a tiny minority doesn’t make them legitimate or give any value to claims of “persecution” by their holders.

The transition of personal interaction to social networks, as well as the social distancing many of us are practicing, has made it easier to be obnoxious, rude, dismissive, and even violent towards those who hold the supposedly wrong opinion, and to disengage with them entirely. These trends reinforce each other. By clicking “block,” one can escape both the discomfort of annoying ideas and the ever-present danger of being targeted and harassed. What was advertised as a brave new world of pluralistic interactions is now an ever-fragmenting tribal landscape, where more and more of us create individual and collective comfort zones.

In the Jewish world, this exacerbates a pre-existing tendency, which can be called “an addiction to disagreement, when you define yourself by what – and whom – you reject. Common cause and reasonable compromise have become boring and old-fashioned, both within local Jewish communities and between the Diaspora and Israel.

A recent and rare meeting between an Israeli Orthodox religious leader and a French Reform female rabbi offered a promising departure from that trend. Rabbi Eliezer Melamed, a major Torah scholar, sat down with Rabbi Delphine Horvilleur of France to discuss Israel, the Diaspora and more. Discussing deepening Jewish communal divisions, Melamed asked: “How can we do this to each other?”

The initiative I lead, Our Common Destiny, aims to stop and reverse the widening rifts in our community. We are working to create a global platform capable of engaging all of global Jewry in deep and meaningful discussions about matters of importance to all of us, and especially those among us who share different backgrounds and perspectives. We want to make this conversation, this effort at persuasion, a default option once again.

Our effort began with our bringing a diverse group of religious leaders, scholars and activists together last year to review and present the initial draft of the Declaration of Our Common Destiny to Israeli President Reuven Rivlin. For the last several months, we have been crowdsourcing the completion of the Declaration – a document we hope will serve as a roadmap to the Jewish future – online and with the help of over 90 partner organizations from all corners of the Jewish world, each of which share our commitment to engagement. Most recently, we conducted our #DifferentButSame social media campaign, which featured dialogues between leading — and opposing — Israeli public figures, religious thinkers, and opinion makers, showing that such coexistence is indeed possible, despite the extreme polarization in Israel as well.

As we have many times in history, the Jewish people stand at a crossroad. We have a choice to make. We can choose to follow the demagogues and distortionists to a place where honesty and truth do not matter, or we can continue on the path our sages created for us and use persuasion as the mortar with which we build a shared future based on common values.

I hope I have persuaded you there really is no choice. We must work together to make sure persuasion does not become a lost art. The consequences – for us as a people and for the world we want to build – are too dire to contemplate.

Sandy Cardin is the CEO of Our Common Destiny and a Senior Advisor to Lynn Schusterman and Stacy Schusterman. He served as President of the Charles and Lynn Schusterman Family Foundation for 25 years, from 1994-2019. He has written for the Chronicle of Philanthropy, Jerusalem Post and other publications.