As the Peace Corps turns 60, we must revisit its lessons 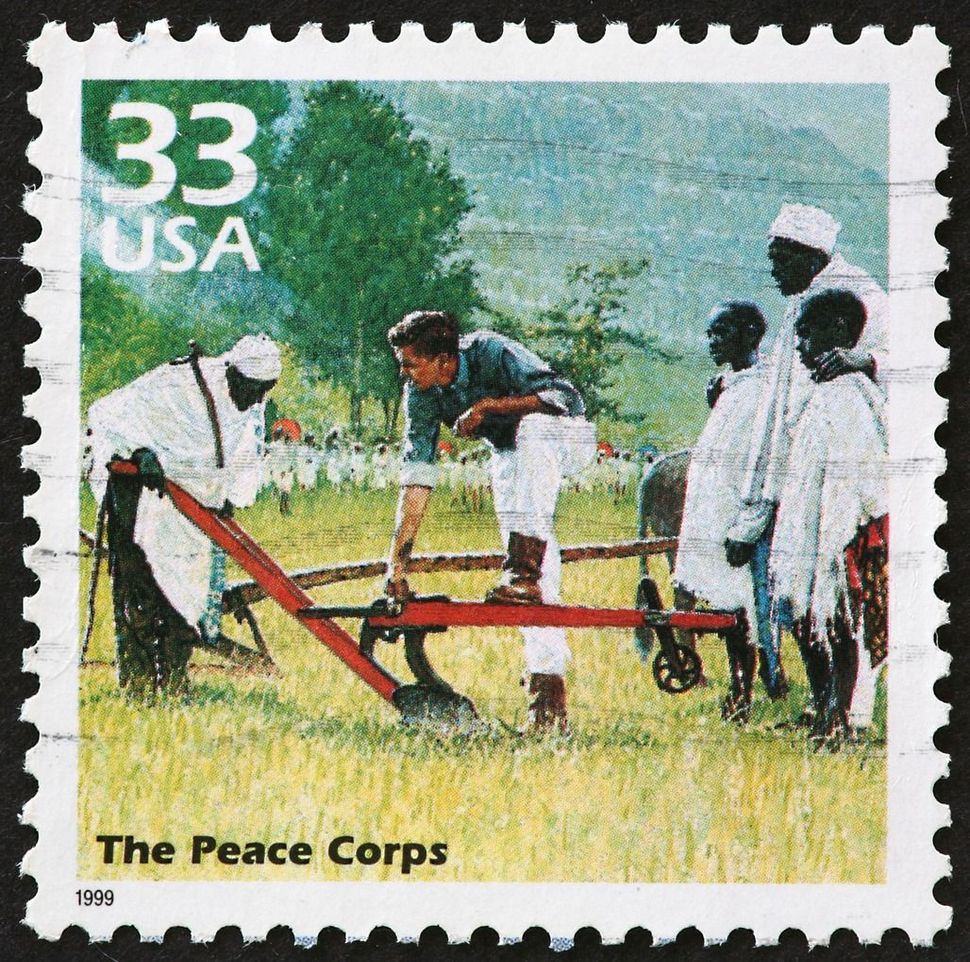 In the early hours of October 14, 1960, 60 years ago, Senator John F. Kennedy arrived at Ann Arbor’s Michigan Union to spend the night, having debated the Republican nominee, Richard Nixon, earlier that evening. Despite it being 2:00 a.m., some 10 thousand students stood assembled waiting for him. Kennedy had not planned to speak, but in his extemporaneous remarks he issued a challenge to those assembled that would ripple forward for a very long time to come:

“How many of you who are going to be doctors are willing to spend your days in Ghana? Technicians or engineers: how many of you are willing to work in the Foreign Service and spend your lives traveling around the world? On your willingness to do that, not merely to serve one year or two years in the service, but on your willingness to contribute part of your life to this country, I think will depend the answer whether a free society can compete … So I come here tonight to go to bed! But I also come here tonight to ask you to join in the effort.”

The reaction to Kennedy’s speech was swift and enthusiastic; in the days that followed 700students had signed up for a non-existent international humanitarian program. By March of 1961, President Kennedy signed an executive order formally establishing the program known as the Peace Corps, with some quarter of a million participants since and still growing.

While historians note the realpolitik Cold-War context of the Peace Corps, most acknowledge that the initiative provided a vehicle for America’s pioneering spirit during a turbulent period – in the words of Bill Moyers, it was a symbol of “what America wanted to be, and what much of the world wanted America to be.”

When I dropped my daughter off last month for her freshman year at the University of Michigan, my alma mater, I made sure she stood on those Michigan Union steps. As she sets out on her path, I wanted her not only to stand in a place where history was made, but where an ideal was voiced – that citizenship is not just about what you get, but about what you give; not just about rights granted, but about responsibilities discharged; and not just about freedoms taken but about sacrifices made.

“Ask not,” asked Kennedy of his generation, “what is in it for me? Ask rather, what is my role in it? What is my responsibility and what is my contribution toward the betterment of the world in which I live?”

Now 60 years after Kennedy’s charge, the civic idealism of yesteryear seems elusive – our country once led by an “ask not,” is reduced to a “mask not.” An administration for whom putting oneself first has somehow become a moral virtue to be celebrated and concern for the other is viewed as an extravagance. An administration increasingly restrictive as to who receives the title of “citizen,” even as it runs roughshod of the basic requirements of citizenship – like taxes and voting. An administration where citizens who are willing to make a sacrifice, even the ultimate sacrifice, are dismissed as suckers.

The fault lies not just in our leaders, but also in ourselves. When we see something, instead of saying something, or doing something, we run the other way. Seeing an environmental crisis, we shrug our shoulders, wondering what we can do. Seeing a racial problem, we console ourselves with the thought that at least we are not “that kind” of racist. Seeing economic inequity, we dive under the safety blanket of our lives.

To be a citizen – of a family, a faith community, a nation, or the world – is always a balancing act between individual rights and civic responsibilities. Long before the moral philosopher John Stuart Mill wrote that “no person is an entirely isolated being,” our religious texts and traditions argued the same.

Immediately after Genesis introduces humanity to “fill the earth and master it,” we are placed in Eden in a caretaking role – to till and tend the garden — in other words, to be responsible for it.

“Am I my brother’s keeper?” Cain asks of God, with the blood of Abel still flowing. All of religious ethics is arguably an extended response to Cain’s question. We are our brother’s and sister’s and neighbor’s keeper.

And what of our obligations to our community? Both Noah and Abraham were born into wicked generations. The Abrahamic traditions lay claim to the patrimony of the latter, not the former, because when Abraham heard of the imminent destruction of Sodom and Gomorrah, he entered into a debate with God to save the city. When Noah heard a similar prediction, he entered into his ark, leaving the community behind.

“No man is an island,” wrote John Donne. Our deeds impact those around us and each one of us has the potential to move the needle of the human condition and the world.

For civil society to be upheld, we must consent to the proposition that society makes a claim on us, and that private desire yields to public good. It is what the word “republic” means, a form of government in which the good of the country is a public, not private, matter.

If one wants to drive a car, one has to wear a seatbelt. If one wants to have free speech, then one can’t falsely cry “fire!” in a crowded theater. If one wants the right to own a gun, that right must be balanced with public safety. If one wants to have an earth that we, our children, and grandchildren can live in, then one must live in a manner that reflects that desire. If one wants to play a role in fighting the public health crisis of our time, then one must wear a mask, practice social distancing and otherwise signal one’s willingness to fight the pandemic. If there ever was a time to make a virtue of not amplifying our own personal freedoms over the safety of others, now is that time.

Civil society withers not merely by way of the rise of authoritarian leadership. It withers and it dies when those who lay claim to the title of citizen forget, neglect or cease to protect the obligations that come with being a member of civil society.

No different than 60 years ago, the measure of our generation will be found in our willingness to identify our role is in the unfolding drama of our time and then step up to the calling of the hour.

Elliot Cosgrove is the Rabbi of Park Avenue Synagogue, Manhattan.

As the Peace Corps turns 60, we must revisit its lessons