I’m a doctor, but I’m not mad at the Orthodox 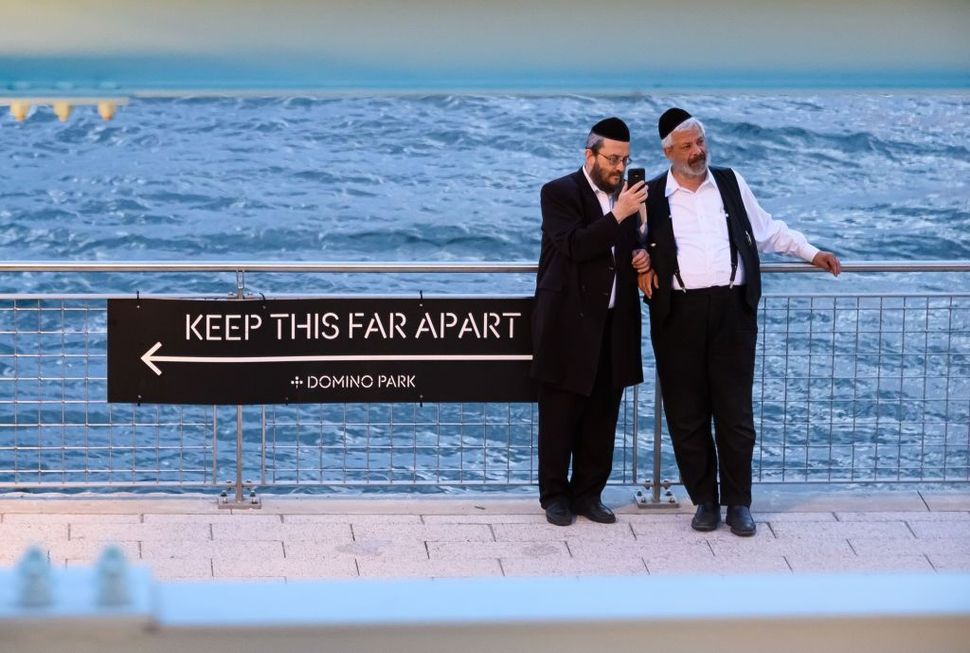 In stark contrast to the impression left by legions of news reports about Haredi Jews in Brooklyn defying public health rules around the coronavirus, I have found over years of working with ultra-Orthodox communities in New York and Jerusalem that members of these communities care deeply about health.

Haredi communities have their own system of medical referrals, emergency medical services and medical advocacy. They seek medical treatment at a rate that may even exceed that of other populations. Ultra-Orthodox patients and families, rabbis, and community activists often argue for maximalist efforts at life-saving treatment even when physicians might recommend a more palliative approach.

These patterns are curiously at odds with the disregard shown by some for public health recommendations in response to COVID-19. Instead of saving lives, the actions of those individuals place themselves, fellow community members and the city’s population at large at enormous risk. The situation is also perplexing because these communities already suffered devastating losses during the first wave of the pandemic.

Many people reacted with understandable anger at the behaviors exhibited by some members of those communities: refusal to wear masks, mass gatherings, and even attacks on journalists and fellow congregants who did adhere to public health recommendations. The political overtones and campaign banners seen in some of these gatherings didn’t help. I understand that anger, but find myself more sad than angry.

Why did my sadness and fear not translate into the same outrage that appeared, for example, in the comments section of the news stories describing the events? I know the realities of COVID-19 all too well. As a physician working at a New York hospital at the frontline of the COVID-19 crisis, I witnessed firsthand the enormous toll that the virus took on patients’ health, the devastating high mortality rate and long term complications. I also know that so much of this is preventable: simple public health measures contributed to our State’s and City’s success in curbing the first wave of this pandemic.

But my perspective was informed by more than medical knowledge. My familiarity with the Haredi community and its complicated relationship with the world had something to do with my more tempered response. It helped me see beyond the superficial outbursts and consider the deep currents that drive these disturbing behaviors.

I have studied and written about the ultra-Orthodox Jewish community and I became fascinated with its complex attitude towards modern medicine and modernity in general. I also spent a lifetime in Jerusalem and New York living close to these communities, getting to know many of their members, not just as patients or colleagues, but as friends.

They shared with me their inner lives, struggles and hopes. I got to know their unique sense of humor, shared in their family celebrations and we exchanged holiday good wishes.

This, thankfully, is not fertile ground for unbridled rage. I feared for them and still worry about the looming prospect of a second wave, as well as that the Haredi neighborhoods could be the nidus for this potential resurgence.

The current uptrend in infection may be explained by its rise occurring at the same time as the Jewish holidays that mark the new year: Rosh Hashanah, Yom Kippur, Sukkot, Hoshana Raba and Simchat Torah. These holidays are all about the community: communal prayer in densely packed synagogues, blowing the shofar, visiting each other in the Sukkah and dancing together with the Torah scrolls.

These usually joyous occasions have, this year, tragically turned into potential vectors of infection. The spectre of synagogue closures by authorities became a particularly painful trigger, reminiscent as it is of times not long ago when synagogues were shuttered and worse. This pain (and fear) quickly turned to anger and more defiance.

Centuries of isolation and conflict with the outside world have left an imprint on the Haredi collective consciousness. This is manifested by deep skepticism and sometimes a tendency to test and stretch the limits imposed from without. While many rabbis did endorse public health measures, a sense of defiance and nihilism prevailed in the streets, fueling the conflicts broadcast on the news. While motivated by a sense of community, these responses risk provoking hateful reactions, playing off the old antisemitic trope of the Jew as a vector of disease with horrific consequences.

My fellow healthcare professionals can help by looking beyond the anger and seeking opportunities for quiet dialogue in encounters with patients and families, calls with community members and conversations with rabbis. Seize those moments to explore perceptions and convey trustworthiness, empathy and care.

Members of the Haredi community who are open to dialogue can help by engaging with health professionals and promoting public health within their own communities. The power of inside influencers (rabbis, community leaders and activists) to transform behaviors is often underestimated by outsiders. A simple message to those influencers might be the most effective one: following public health measures is fundamentally for the good and preservation of the kehillah, the community, the congregation.

Efforts at constructive communication may or may not change behaviors. Even if they do not, a compassionate approach is never wholly wasted. The ultra-Orthodox community is an inseparable and growing part of the rich fabric of our city. Efforts to promote dialogue and reconciliation are not only important for the current crisis but are also for the future. Let us get to the difficult but important work of talking to and caring for each other.

I’m a doctor, but I’m not mad at the Orthodox