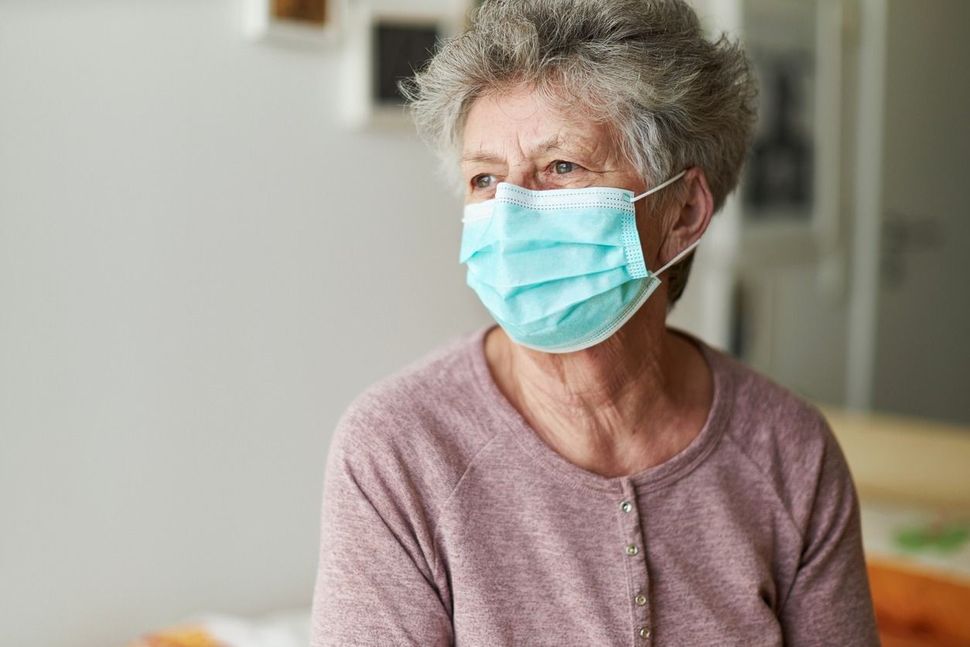 When the COVID-19 lockdown was at its most severe in Israel at the end of April, I was scrolling through headlines and came across a deeply troubling article detailing the discovery of a dead body in a small apartment in Beer Sheba.

The body was that of Dr. Magda Graif, an 89-year-old Holocaust survivor, who apparently died from natural causes but whose body was found two weeks later after neighbors complained of a stench coming from her flat. Though Dr. Graif was a lecturer and member of the faculty at the Ben Gurion Medical School, as well a pathologist at the Soroka Medical Center, the main hospital in the South. She lived alone and died with no one close to check in on her.

Loneliness is one of the less spoken diseases of the 21st century. Here in Israel, the number of elderly citizens characterized as lonely stands at approximately 300,000 (Israeli Central Bureau of Statistics, 2016 figures), or one third of the country’s elderly population. Loneliness affects both physical and mental wellbeing. According to research by Age UK, it can double the likelihood an elderly person develops dementia, the frequency with which they visit the doctor. It has the potential to triple the likelihood of requiring ongoing hospitalization and nursing care and increases by a factor of six the chances an elderly person might develop depression.

Naturally, besides its toll on health, these impacts also impose a hefty economic toll. In Israel, direct and indirect costs stemming from health and welfare services for lone elderly amounts to 4.4 billion NIS ($1.3 billion USD) per year. (Based on data from the Israeli Central Bureau of Statistics 2018, calculations by Social Finance Israel Ltd. (CC)).

As an issue of increasing public concern with quantifiable social and economic costs, Social Finance Israel (SFI), the organization at which I work, intuitively identified the goal of reducing loneliness among the elderly as a fitting topic for a social impact bond. That is why our fifth social impact bond, launched earlier this month, will tackle this very issue.

A social impact bond is an innovative social impact financing model whereby funding for a social intervention is raised upfront from investors who are then paid back by government, other public sector entities, or philanthropic donors, according to the level of social impact generated and/or public costs saved. Such a model allows for evidence-based interventions, with adjustments (integration of social-tech apps, close follow up and case management, etc.) to be tested in a pilot setting with no upfront risk to public stakeholders or philanthropic donors (the actors typically financing such programs often at a high cost and without proven success), and for stakeholders to join together strategically to reduce public expenditure in favor of effective, results-based interventions.

Contrary to most forms of charitable grantmaking or public commissioning, social impact bonds employ a revolutionary concept of identifying the intended impact at the outset (hence the alternate monikers, outcomes-based-philanthropy or pay-for-success financing). Service providers and their specific activities are then recruited at a later stage. The program also employs rigorous performance management to ensure the project achieves the intended outcomes.

The project, the first in Israel to involve a municipal body, blends public and philanthropic sources of outcomes funding from Eli and Dalia Horovitz Foundation, the Tel Aviv-Jaffa Municipality, and the Tel Aviv Foundation, another philanthropic entity. It is also the first time a social impact bond will enable non accredited private investors from Israel and abroad to invest — via crowdfunding. The project aims not only to reduce loneliness, but also to keep it at bay by fostering opportunities for isolated elderly to re-engage in their communities through empowerment and cognitive behavioral therapy (CBT) support.

Impact investing and pay for success projects are already a fixture of social change work in the US, UK, the Netherlands and India. Thanks in no small part to the visionary work of our sister Social Finance organizations in these jurisdictions, we are among just a handful of organizations pioneering social impact bond models, and the only ones in Israel to be championing this model. Through our unique approach and expertise at the intersection of social sciences research, economic analysis, and innovation, we see a myriad of instances where philanthropic, public, and private capital can be harnessed more effectively to tackle emerging challenges and pave the way for breakthroughs in service delivery and lasting social impact.

The project holds much promise – a reduction in health spending and, more importantly, tangible improvements in the quality of life of our parents and grandparents, aunts, uncles, and neighbors. If we are successful, the intervention can be scaled to other jurisdictions, not just in Israel, but also abroad. We invite you to join us.