A modest proposal: Democrats and Republicans should start marrying each other 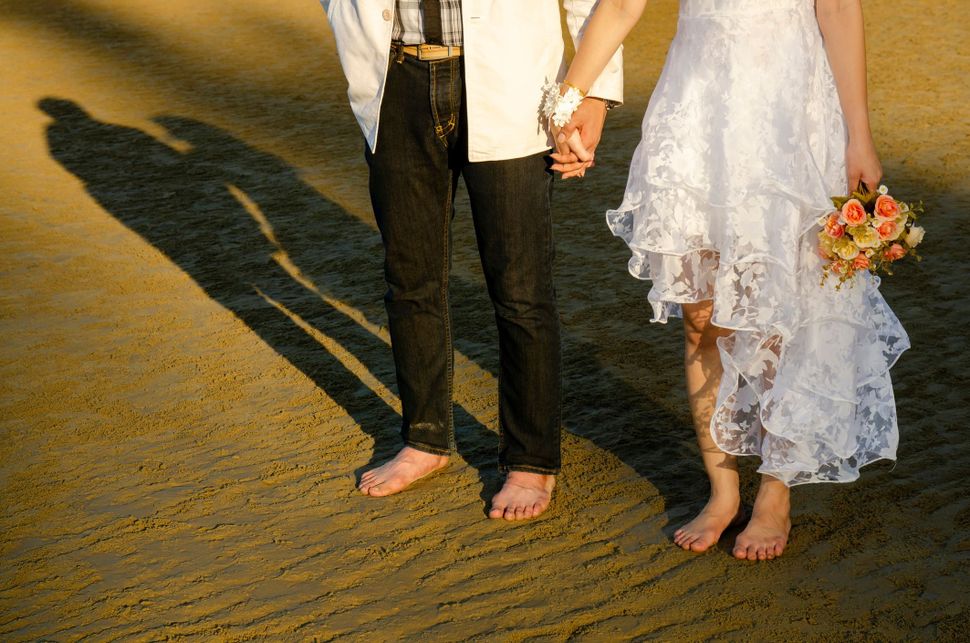 We live in polarized times. Democrats and Republicans can barely even be in a room together, much less interacting civilly. So maybe it’s good that we’ll be celebrating Thanksgiving alone this year?

Fortunately, Jewish tradition gives us a blueprint for how to navigate polarization: Enter Hillel and Shammai (~10CE).

Shammai embraces law-and-order, believing that strict reading of law elevates human ethics and behavior. Hillel is a Man of the People, believing that leniency within the law leads to people doing more of what is right more of the time. They almost never agree.

Consider Babylonian Talmud Shabbat 31a: A man asked Shammai to tell him the whole Torah while standing on one foot. Shammai refused to dilute the holy Book, and “pushed the man away.” The man turned to Hillel, who famously responded, “That which is hateful to you do not do to another; that is the entire Torah. Now, go and learn!”

Imagine if we embraced “go and learn” today. Hillel and Shammai clashed about the primacy of God vs. humanity; we suppose that those whose beliefs about immigration, climate, coronavirus, guns, and gay rights that oppose ours are dullards or dangerous. Then, like now, such differences could have led to secession or holy war. But they did not.

Marriages between the houses were permitted because their dueling worldviews shared a common higher purpose. Thus, marriages and babies followed, and we are here to tell the tale.

We could learn a lot from this. The Pew Research Center found that only 23% of 2016 couples married across political lines. Dueling Rabbis or tech operating systems (think Apple and Microsoft, whose products are basically incompatible) are apt metaphors for 2020 America. We can’t understand each other’s logic, facts, or laws of nature and we don’t really try.

For millennia, humans have mistaken such differences as epic battles between “good and evil.” By “canceling” each other with weapons, insults, or misleading facts and history, we mask the truth: The dimensions of humanity exceed the capacity of anything humans can invent. There is no one-size-fits-all operating system for people any more than there is for computers. When we adhere too faithfully to one, we’re programmed to miss what we can’t see.

Acknowledging that we are all created in God’s image also keeps us from easily writing off the “other half” of Americans as alien or evil. Our ideological opponent is also a family member trying to do good in the world, and deserves the rigor of empathy.

Some — including those in positions of power — get greedy and abandon even the pretense of goodness. But I’d argue the vast majority of people defend their quest to help others as I’d defend mine.

If we don’t push ourselves to look through another person’s lens, we and our elected officials will remain incompatible. Each operating system perpetuates only itself and ejects what is “foreign.”

Strengthening both in tandem elevates us all.

Hillel and Shammai allowed their children to marry. America has seen shining moments of bipartisanship. Maybe we can listen more and yell less. Maybe two systems are better than one, and the greater good is more important than winning.

And maybe we should follow Hillel and Shammai, encouraging our children to seek each other out. After all, we all want descendants to tell our tale.

Uri Cohen is the Executive Director of the Joseph Slifka Center for Jewish Life at Yale, which is the Hillel at Yale University.

A modest proposal: Democrats and Republicans should start marrying each other