For Central Europe’s Jews, Hanukkah is a way of life 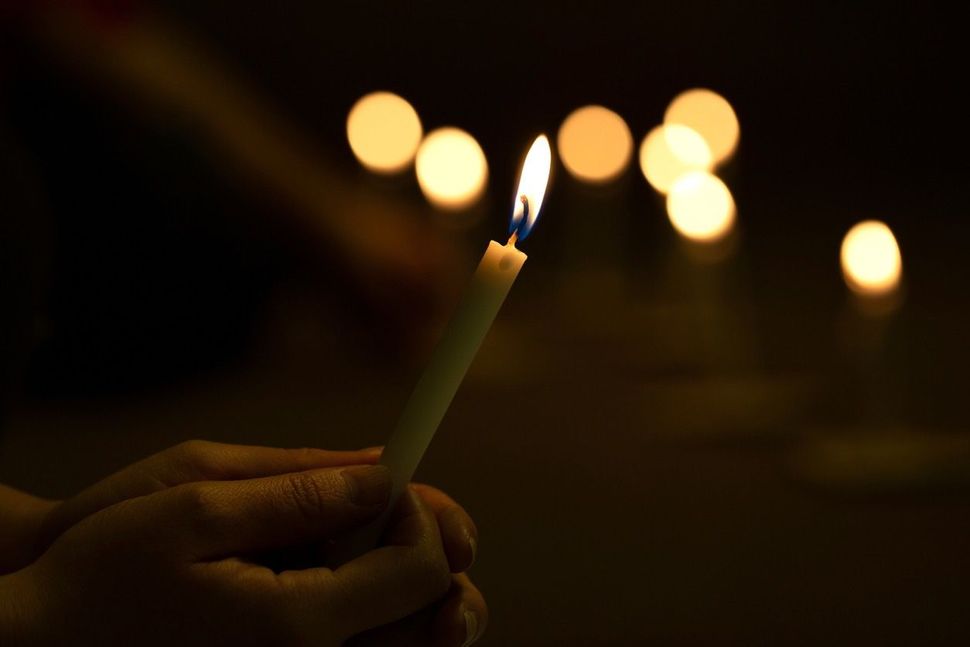 For some Jews, “from generation to generation” is the most exhausted expression in Jewish life. Pointing to some endless chain of faceless ancestors passing on traditions like lighting the Menorah is stale routine and taken for granted.

Some Jews wish they were that lucky. Indeed, some of us are the first and second generation of a Jewish life revived, passing on traditions we recently learned to people new to their Jewishness. In many ways, we are the Maccabees of our day, renewing Jewish practice for the future.

This may seem mindboggling for some, but for the Jews of Central and Eastern Europe such as us, it’s nothing new. Our Jewish communities reemerged after Communism with a tension between the desire to explore our newfound freedoms and the legacies left by both Communist repression and the Holocaust. In Hungary, which is home to an estimated 130,000 Jews — and especially in our hometown of Budapest — the Jewish community works through these concerns and has blossomed nonetheless into a diverse, vibrant and forward-looking collective.

This was unimaginable just 30 years ago. At that time, one of us was a 16-year-old girl discovering her Jewish roots at her father’s funeral. Such an identity had never been discussed and the Hebrew funeral service was unrecognizable. More than a decade later, she would be fully immersed in her Jewish identity and work for the Jewish community. Simultaneously, the other, a young boy, would be sent to the Lauder Javne Jewish Community School by parents who hid his Jewish roots. He would have to stridently plead with them to understand why he was there before they admitted the secret. Afterwards, he’d explore Judaism fully and build a career as a Jewish professional.

That is where our paths met — and at this crossroads sits the JCC Budapest, Hungary’s first modern Jewish community center. Founded by the American Jewish Joint Distribution Committee (JDC) in 1994, the JCC is a hub for the Hungarian Jews and those looking to explore their identity as we once did. Like many institutions of Jewish life here, it was built after the Iron Curtain’s fall by pairing local desires for Jewish platforms with investments from overseas Jewish organizations and philanthropists.

Acting as a vital and lively space for people to gather and connect, the JCC now offers numerous adult learning courses, family programming, volunteer and recreational opportunities. We attract Jews from all walks of life and welcome between 20 and 30 thousand every year.

As one of us transitions from her decades-long position as head of the JCC to make way for the other to take over, we reflect on what it takes to achieve this miraculous building of Jewish peoplehood. This is not just a changing of the guard; it is the next step in our “from generation to generation” moment. It holds lessons for fueling a similar and ongoing cycle of Jewish leadership in Budapest and worldwide by embracing two ideals.

First, inclusive Jewish institutions and communities are critical to our future strength. Creating a safe and welcoming space for people of all Jewish backgrounds, no matter their practice or level of knowledge, is key. As two people who once built our Jewish identities from scratch, we know that a one-size-fits-all approach simply doesn’t work. Our objective is simple: make all Jews feel accepted and welcomed.

You can do this by offering meaningful and authentic activities to attract and engage people on their own terms, and opening doors to those who simply want to enter. Our Judafest annual street festival or dedicated holiday-themed websites offering interactive content demonstrate the kind of Judaism that’s exciting, modern and different. Once folks take that first step and realize how much their lives are enriched by these activities, it’s not long before they’re fashioning a place in the community.

Second, the future of all Jewish life is built on adaptability and trust. We formed our community brick by brick, bucking historical trends, slowly breaking down stereotypes, and forming trusting relationships. Ultimately, we want those who come to us, those with doubts or passionate interest, to feel the warmth of community and to leave with a sense of belonging. The pandemic required us to do this by forging connections even when we’re apart.

We’ve adapted, creating programming that ensures we’re a touchpoint for seekers and the wider community. One of the best examples is Judafest’s transformation online. In 2019, more than 9 thousand people attended the in-person gathering. This year, tens of thousands joined over four days of Jewish musical performances, games, cooking demonstrations and workshops. Thousands more are currently attending our “ZsiFi” virtual Jewish film festival. We’re reaching scores of new people, drawing those who before COVID-19 might not have had the inclination to visit us, even blocks away, in Budapest’s Jewish quarter.

We will think of them, and their limitless potential, when we light the first Hanukkah candle this year. As that flame is passed each night, we’ll be reminded that each of us is at once a shamash and a candle to be lit. The most important task for the Jewish future is kindling and passing that light, in our own fashion and time, so that it endures from one generation to the next.

Zsuzsa Fritz and Marcell Kenesei are the outgoing and incoming executive directors of the JCC Budapest.

For Central Europe’s Jews, Hanukkah is a way of life