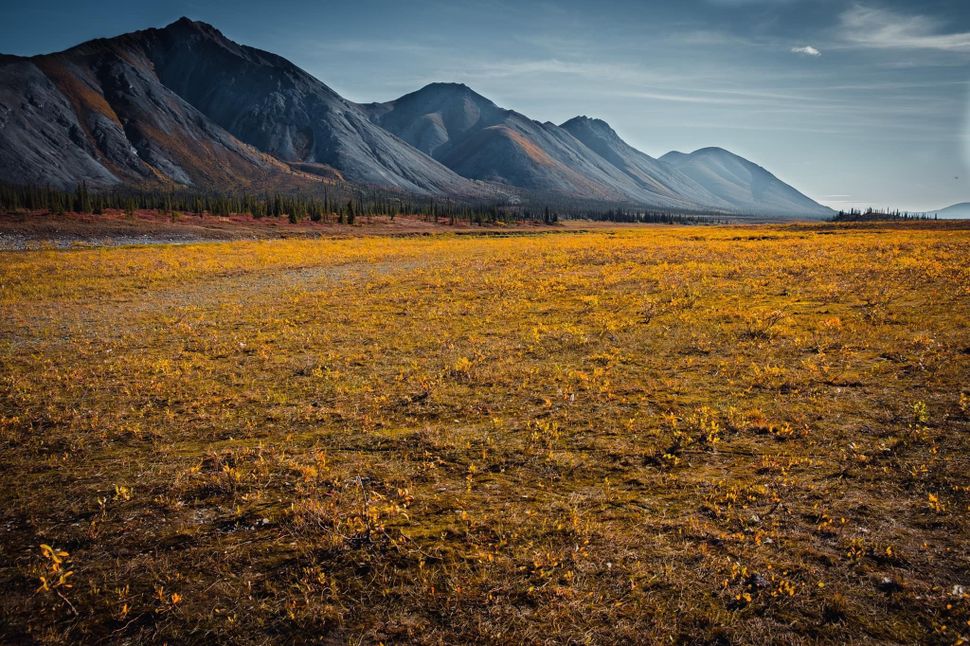 Almost 20 years ago, I led a small group from my congregation in New York’s Greenwich Village on a kayaking trip in the Beaufort Sea, along the northern coast of the Arctic National Wildlife Refuge in Alaska. We were only miles from the part of the refuge that the Trump administration just announced it would open up for oil and gas development, and I got a strong sense of the precariousness of the area. I don’t see how a place as fragile as the refuge is will survive such a decision.

Even when I was there, as we stood on the tundra and gazed out over the receding summer ice pack, it was vividly clear that climate change was as destructive as it was real. The ecosystem was almost literally changing before our eyes. While we had more open water to paddle through because of global warming, polar bears had less and less ice to hunt and live on; because of the size and reach of the oil drilling operations in the North Slope, especially around Prudhoe Bay, caribou, arctic foxes and other forms of wildlife were all vying for a rapidly shrinking habitat.

As an ordained rabbi, I felt that there was something (paradoxically) sacred about what had been revealed to me, about the resultant opportunity—and moral and spiritual responsibility—I now had to bear witness to this disturbing, unrighteous situation. I felt compelled to call truth to power when I returned to the Lower Forty-Eight, and I did my best to remind my community and our elected officials at the time that the book of Genesis itself informs us that we are meant to serve as the earth’s stewards, not its exploiters.

I fear that very few people will ever again experience the majesty and splendor that I witnessed firsthand as a young man in the refuge, and that untold populations of wildlife, as well as diverse and unique habitats, will disappear as a consequence of our current government’s short-sighted and heartless policy.

With a new administration beginning in early 2021, it is time to reclaim the core values—like respect for nature—that inspired earlier leaders and led to the creation of a system of national parks, monuments and wilderness areas. This country needs to establish a new covenant with the environment and make a collective pledge to regain our moral and spiritual footing.

One way to do this is to challenge, and hopefully block, the misguided policies of the Trump administration through the courts.

Ultimately, the only thing that will likely save the refuge from irrevocable damage is an official wilderness designation by the federal government. In all likelihood, that will be the only legal—and most effective—barrier between the coastal plain’s survival and its destruction. Environmental activists and policy groups have been advocating for such a designation for several decades.

The sages of my tradition say, “The day is short, and the task is great.” We have no time to waste if we are to assume the task of fighting the forces that threaten to despoil our world even more than they already have. We must defeat this administration and thwart the irresponsible, all-too-human actions—and inactions—that gave rise to its policies. And we must do it together, in ways large and small. Granting the Arctic National Wildlife Refuge permanent protection as a national wilderness is an essential step toward that goal.

Will we act boldly and quickly to preserve, in perpetuity, this national treasure?

Or will it be lost forever to all future generations under the reckless and negligent watch of our own?

Niles Goldstein is the rabbi of Congregation Beth Shalom in Napa, California and the author or editor of ten books.