Hope and the Fall of Icarus 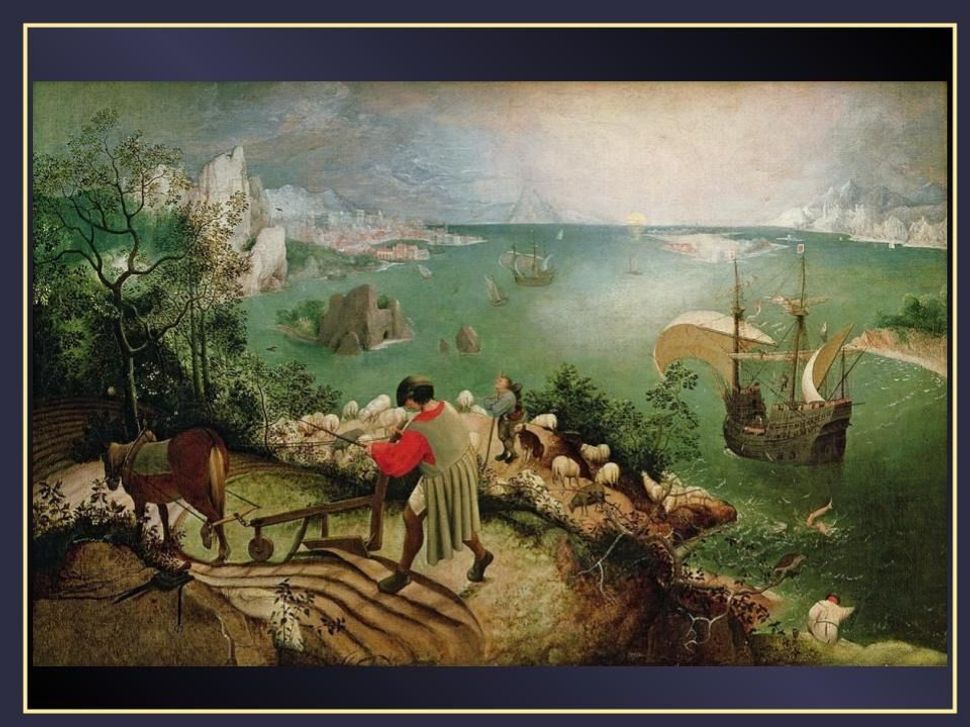 At some point during the past 10 months, you probably caught yourself playing “what do I miss most?” Whether it’s a leisurely coffee with a group of friends at a sidewalk café or feeling alive at a blaring rock concert, I hope the memory gnawing at you arouses heartfelt longing rather than self-pity. In my case, it’s the museum visits that I miss most.

Here in Israel, where we live from lockdown to lockdown, the museums never had a chance. Citizens are deprived, on a daily basis, of the inspirations that were once available to them. It’s been months since I’ve marveled at the extensive French Impressionist collection in Tel Aviv or the creative exhibits at the Diaspora Museum which celebrate the miraculous ingathering of exiles. So in order to avoid feeling too wistful, I’ve adopted the weekly practice of turning the pages of the oversized textbooks that I acquired as an Art History minor during college. 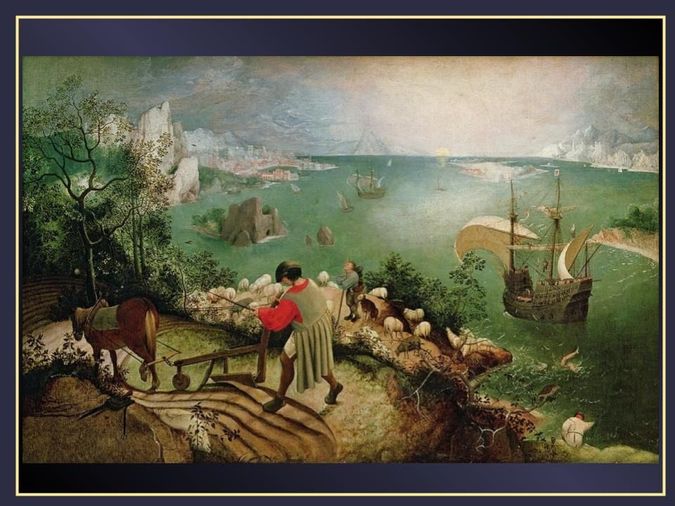 Last week, I came across a dramatic color-plate entitled “The Fall of Icarus” by the Dutch master, Peter Brueghel. The image refuses to leave me. We all recall the legend from Greek mythology. A young man, who was endowed with hubris but was short on sechel, takes flight with wings crafted from feathers. Unfortunately, as he approaches the sun, the wax used for fastening melts and the lad tragically plunges from the sky. In some ways the artist has created a “Where’s Waldo” illustration rather than a painting. The search for Icarus offers a cognitive challenge until, finally, the viewer realizes that Brueghel has slyly inserted the splash-down in the lower right corner.

Brueghel, however, was providing more than a comic wink. He was sharing a critique of society. Indeed, the full name of the painting is “Landscape with the Fall of Icarus.” The latter title is more apt, as Will Schwalbe points out in “The End of Your Life Bookclub,” – since everyone portrayed in the background — the farmer, the shepherd and even the fisherman who is adjacent to the very sea where Icarus drowns — simply goes about life without addressing the human tragedy unfurling in their midst.

I don’t profess to know what Breugle observed in 16th century Holland, but since it’s Hanukkah time I’d like to spin the dreidel in a different direction by offering an interpretation which parts ways with Schwalbe’s analysis. Perhaps the reality is not that the locals don’t care. Maybe they didn’t attend to the suffering of Icarus because they simply did not feel they had anything to offer. Haven’t we all been in that situation? Who hasn’t ignored something tragic just because they simply didn’t have the tools to help?

For a few years, I’ve been studying the writings of C.R. Snyder who popularized the concept of “hope theory.” It’s always fun to compare definitions of the word “hope,” but for Snyder, chairman of psychology at University of Kansas, it came down to three elements: having a goal, devising the pathway to reach the goal, and marshaling the motivation to set out on that pathway.

Together with my soulmate, Dvora, we’ve been offering workshops designed to enhance hopefulness among patients, caregivers and physicians. In the workshops (recently transferred to a Zoom platform, of course) we make sure that the goal is plausible and that strategies are devised to circumvent the obstacles which one invariably encounters along the path. Learning these techniques requires only a two-hour investment of time.

The ROI is a spike in hopefulness as measured by the scales that Snyder also devised. The techniques are quite simple to learn and reproducible within all the groups we’ve been training. Several participants have told us that they’ve used the techniques to raise the spirits of neighbors who’ve fallen on particularly hard times during the pandemic or simply to become reacquainted with the goals – and values – of their children. It’s worth a try.

This year, as the wax melts down in our own menorahs, perhaps we can observe hope in the candle light. A hope that is within reach. A hope that is designed, even when we are falling, to be elevating.

Dr. Corn is a professor of oncology and deputy director of the Shaare Zedek Cancer Center in Jerusalem. He founded the organization Life’s Door with Dvora Corn.

Hope and the Fall of Icarus