What is the proper blessing for the COVID vaccine? 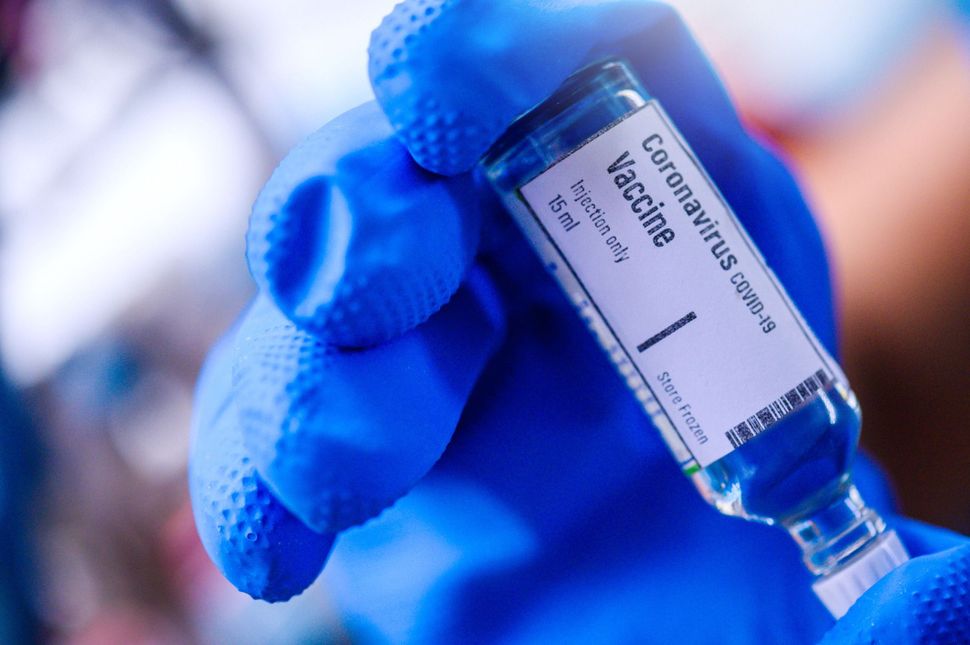 Many people around the world are experiencing powerful feelings of gratitude, relief, and joy upon hearing about the approval of a COVID-19 vaccine or upon receiving the vaccine personally.

For religious people, these feelings might translate into a sense of God’s hand in our lives at this moment, likely a sense of gratitude towards God for providing us this protection and -— for those on the front-lines -— for saving us from the daily risks that we encounter.

How might a religious Jew give meaningful expression to those emotions?

It is actually quite rare for most of us to experience such deep religious feelings. Perhaps ironically, such a reaction might even be more uncommon for those who live a life of observance to halakha. A halakhic life directs one’s energies to forms and rituals, often with the unintended effect of pointing them away from one’s inner religious life. To be sure, many of these rituals were instituted to both cultivate and concretely express these feelings, but the result is frequently otherwise.

Perhaps, then, the best way to concretize one’s religious feelings at this moment would be to do so in specifically non-ritual forms — to speak freely to God in one’s own words, or to read out loud resonant sections of the liturgy or passages from Psalms.

These thoughts were going through my mind when I was approached with the question of what blessing one should make when receiving the COVID vaccine. If Jewish blessings exist for everything from foods to seeing a rainbow to buying new clothing, shouldn’t there be a halakhically mandated blessing for an event such as this?

I proceeded to dissect this issue with classic halakhic tools. I considered three possible blessings: Shehechiyanu — “Who has given us life and sustained us until this time,” said at times of joy; HaTov vi’Hameitiv — “Who is good (to me) and does good (to others),” said also at times of joy, when that joy is shared by others; and the blessing of HaGomel — “Who rewards the undeserving with goodness,” said as an expression of gratitude when saved from a dangerous situation.

I concluded that, for people experiencing a sense of joy, the proper blessing to recite was HaTov vi’Hameitiv. I chose it because it is intended to be said when “the person receiving the benefit feels genuine joy not just for herself, but for all of society… One feels in such settings that the joy she is receiving is shared by others, and the joy that others are receiving is shared by her.” I also acknowledged that there are those who would prefer to recite the Shehechiyanu because of the strong feelings associated with it and the power of the words which express God’s sustaining power and presence in our lives.

For front-line workers, and for anyone who exposes himself to daily risk, I concluded that the proper blessing was HaGomel, since there is an “acute awareness at every moment of the dangerous and precarious situation that one is in,” and receiving the vaccine will often be experienced as a type of salvation.

When it came to the announcement of the vaccine and its being approved for distribution, I ruled that a blessing should not be recited, since halakha mandates that someone recite a blessing only when something of concrete benefit happens to her, specifically.

After all this analysis, I feel that my response fell short. It was a technical discussion with a technical answer, and the excluding of the above case from a formal blessing felt like a lacuna within the halakha. So I noted that even when a formal blessing was not in order, a person should feel free to give expression to her religious feelings in other ways.

And then something happened that really surprised me. I kept hearing from various quarters how deeply appreciative people were of my specifically halakhic response. Asked why such a technical analysis garnered such a strong reaction, I was told that this was a rare instance when people were experiencing genuine religious feelings, and that to see this issue treated halakhically, with the conclusion that a formal ritual was in order, was extremely validating, religiously powerful, and carried with it a deep sense of authenticity.

It remains true that the Orthodox Jewish community too often ignores cultivating inner religious feelings in its focus on the external forms of ritual observance. I view this aspect of our culture as a significant shortcoming. Yet, as recent events show, there is also a particular power in traditional, ritual forms. The takeaway message, at least for me, is that on top of being observant, many people are also religious; they are capable of deep spiritual feeling and desire to express it.

As a community, we must do more to cultivate this religiosity. One key way to do so is with greater intentionality around those rituals that are meant to directly connect us to God, specifically the blessings and the liturgy. If we can pause and reflect before performing these rituals, they can be catalysts for us to develop and internalize our religious lives and can simultaneously serve as their concrete, real-world expression. With this, we can move from observance to religiosity, from ritual to God, and from the mundane world to one in which God’s presence is, at least at times, palpably felt.

Rabbi Dov Linzer is the president and Rosh HaYeshiva at Yeshivat Chovevei Torah Rabbinical School, in Riverdale, New York. He can be reached at dlinzer@yctorah.org.

What is the proper blessing for the COVID vaccine?